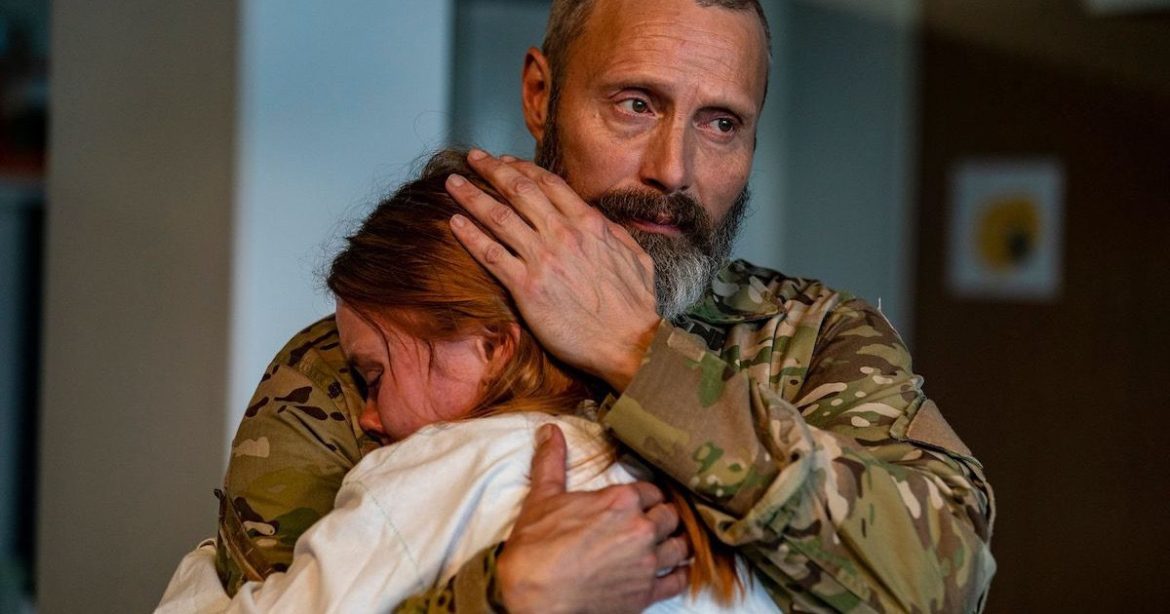 Revenge is the basis for many films. This type of story is usually brought to life through small scale action scenes and brute characters. Almost every one of these films goes through the motions of having a main character who loses someone by an act of violence; they risk everything to bring the assailant to justice and win the day. Anders Thomas Jensen’s latest film, Riders of Justice does this a bit differently. The themes and ideas that are presented don’t allow for a generic action story. There’s much more nuance when it comes to the writing and this creates a much more unique narrative.

The beginning of the film starts similarly to any other action-revenge flick. A mother and daughter are on a train that miraculously explodes. Tragically, the mother dies in the event, which forces her husband Markus (Mads Mikkelsen) to come back from his position in the military. The relationship that Markus and his daughter, Mathilde (Andrea Heick Gadeberg), have is strained to say the least. The loss of her mother and his wife is bad enough, but the fact that Markus hasn’t been close to her drives a wedge between their barely developed relationship.

All seems at a loss with the sorrow engulfing both of their lives, but then something happens that changes everything. A man by the name of Otto (Nikolaj Lie Kaas) was on the same train that exploded and wants to make a difference by finding out who’s to blame. He joins up with two of his friends and together they approach Markus to show him the train explosion was no accident. This leads the four of them to a gang called The Riders of Justice who all the evidence points to being the cause of the explosion.

The characters are all very distinct and have a lot of weight on their shoulders in this genre mash-up; the interactions they have between each other further emphasize this. All of the actors do an amazing job of capturing the emotions their characters are feeling as the film’s tone shifts; Mads Mikkelsen and Nicolas Bro in particular give outstanding performances. The music, on the other hand, is occasionally exaggerated, with some cues dangerously reminiscent of Inception. This doesn’t ruin the film, but the performances alone could’ve easily brought home the emotions the music is trying to amplify.

All in all, Riders of Justice is a solid deconstruction of the revenge formula. The performances are by far the strongest aspect, and the action is serviceable. Still, if there had been a greater focus on driving home the themes from the right from the start, this could’ve been something great.

Thank you for reading! What are your thoughts on Riders of Justice? Comment down below!

What If Christopher Nolan Made a Rom-Com?