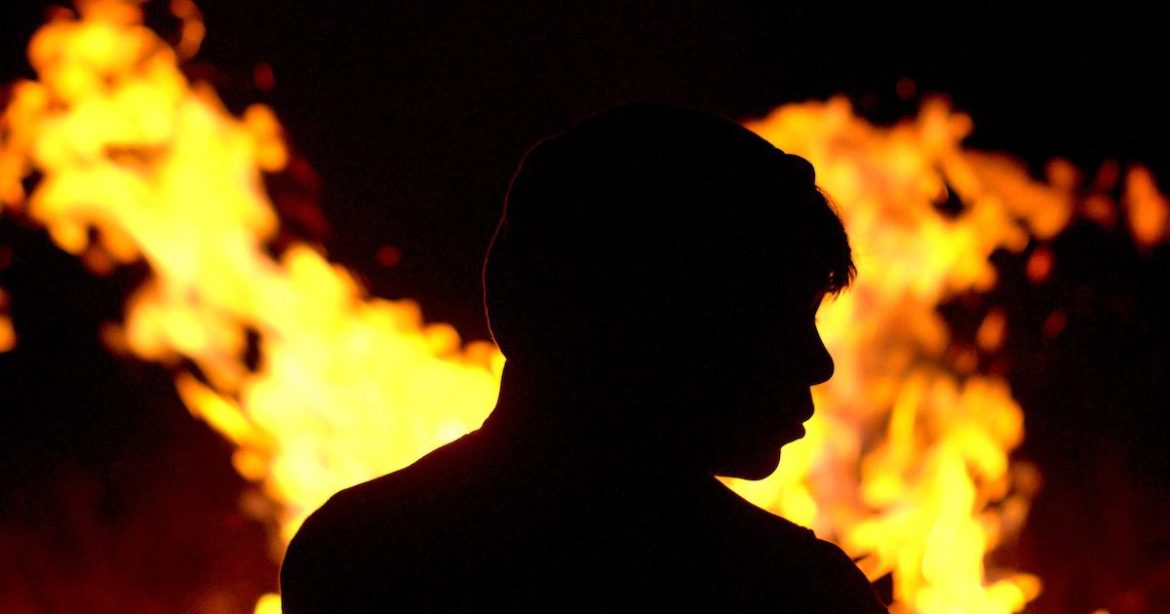 You might associate Mexico with pristine beaches. Turquoise seas. Lots of sunshine. A luxurious, exclusive all-expenses-paid hotel with various restaurants. Exotic cocktails. Maybe even a wedding on the beach. You could, of course, leave your hotel, visit a museum, a temple, or any other tourist attraction. But even then, we find ourselves far away from reality. The question arises: are we really aware of how privileged we are?

The Mexico that Fernanda Valadez shows us in Identifying Features is far from being paradisiacal. Yes, on an economical level it’s certainly doing (a lot) better than some of its surrounding countries; of course, the economy has been severely impacted by a certain pandemic. On the other hand, the drug cartels have won the fight and rule without mercy. And notwithstanding the rule of possibly the worst American president ever, many Mexicans still seek a better life in the USA. But what stands in their way?

In Babel (2006), we see what happens when American authorities discover you have been working illegally in the USA. The scenes at the American-Mexican border are heartbreaking; and who can ever forget the harsh atmosphere of the deportation of the nanny. Director Fernanda Valadez goes many steps further. Leaving and/or re-entering Mexico can be a very dangerous and even violent experience. Identifying Features makes Babel look like a feel-good movie.

Identifying Features was released during last year’s Sundance Film Festival, where it won two awards. In the meantime, it has made an appearance at other festivals, winning other awards along the way, receiving a lot of praise for its director and the two leading actors, Mercedes Hernández and David Illescas. The movie has two central characters. One of them is a desperate mother named Magdalena (Hernández) waiting for news from her teenage son who tried to cross the border some time ago. The other one is a young man named Miguel (Illescas) who finds himself in a contrary situation: he has just been told to leave the States. Different circumstances lead these two on an odyssey through Mexico, each looking for a relative. Confronted with harsh authorities and merciless gangs, the two eventually meet and try to help each other.

Identifying Features first follows the fate of Magdalena and her son Jesús (Juan Jesús Varela). The latter tries to cross the infamous border on foot. Two months later, Magdalena still has not received any news from him. The headstrong mother sets out on a quest to find out the truth about Jesús. Unfortunately, she is confronted with lackluster authorities and endless administrative procedures. When finally somebody takes the time to listen to her, the message is clear: it’s better to accept that her son didn’t make it and to return home without him. 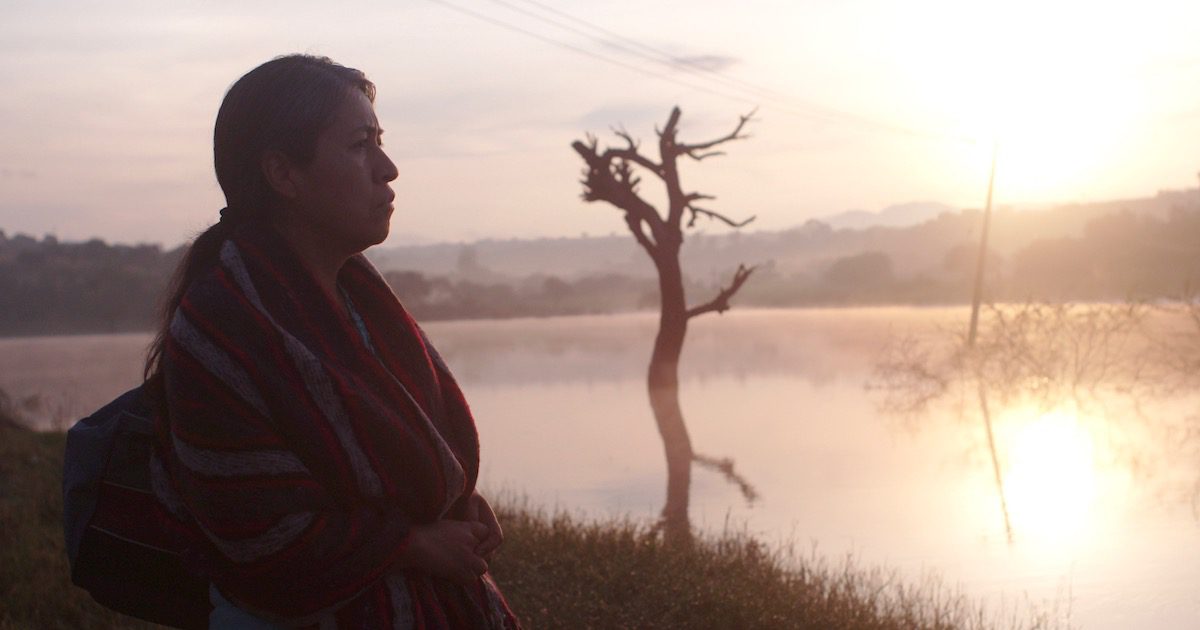 However, Magdalena refuses to give up. She wants proof that her son is dead or alive. She finally finds a lead: a man who was on the same bus to the border as her son. Unfortunately, he lives very far away. This takes her on an even longer journey, to unknown territory. And it’s during this part of the odyssey that she meets the other central character, Miguel. Sent back from deportation, the young man is looking for his mother. They join forces, but when they find an empty home and no mother, their voyage will take on a very dangerous turn.

I have always associated Mexico with vivid colors. Cheerful colors in its landscapes, people, culture, and food. It makes Mexico look like a happy place. But the country through the eyes of Fernanda Valadez is a very different one. It’s a country of mist and rain, of subdued, almost somber colors. We regularly see a bokeh effect in the background, as if the endless landscape is hiding something. That something is a very brutal, ruthless reality.

Along the border, on the Mexican side, drug gangs roam, stopping cars and buses transporting desperate people to the border. After having robbed the passengers, they burn all evidence and leave lifeless bodies behind in shallow graves. Buses then return empty or even disappear. In the scene depicting such events, very sharp and bright colors are used. It’s the only time you see such colors, as if to underline the violence of the events. But how heartbreaking it is that some of these migrants will never reach the border, and that their families will probably never find out about their fate. Even when you come back from the USA, you are not safe from these criminals.

Notwithstanding the dramatic events in the movie, Identifying Features does not become a tearjerker. Valadez keeps her distance and weaves an interesting story about the link between immigration and violence.

Thanks for reading! What are your thoughts on Identifying Features? Comment down below!

[…] to war situations, and much as the red-hat-wearing bits of American society might think otherwise, immigration isn’t a war. Thankfully, the movie itself isn’t too hung up on the title or what it […]

‘Minari’ is Uplifting, Tragic, Funny, and the Best...