‘Proxima’: A Character Piece Brought Down to Earth 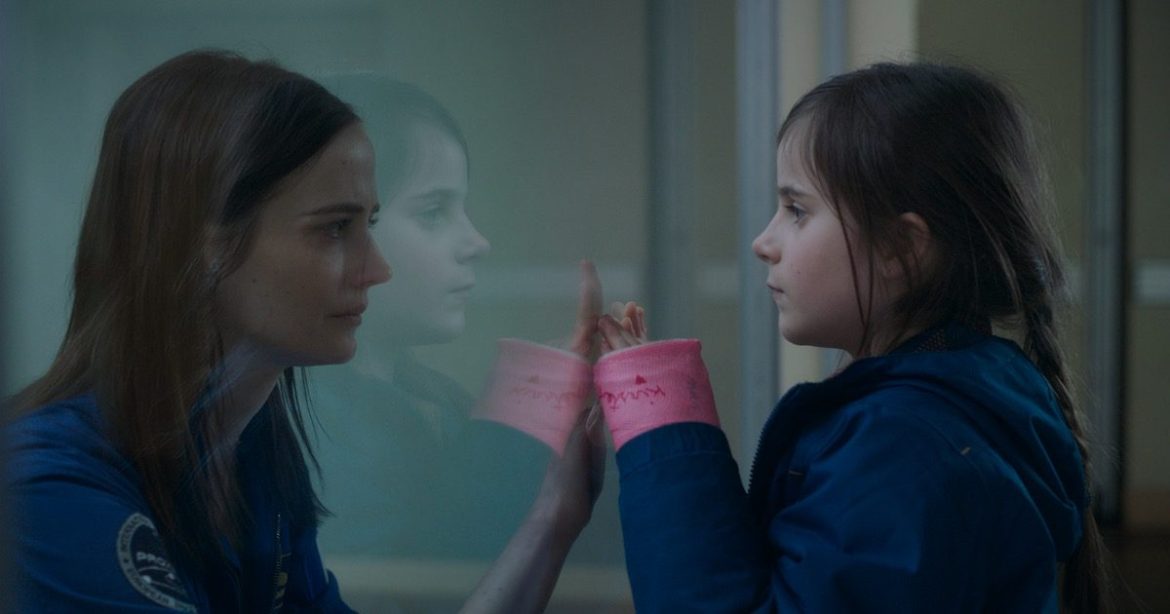 Ever since the release of Alfonso Cuarón’s Gravity, there has been a renewed interest from studio heads and filmmakers in creating character-centered pieces set in space. One of the most prominent movies capitalizing off of this trend was Interstellar, which set the precedent for directors wanting to put their mark on the science fiction genre moving forward.

Proxima is different. It forgoes the usual affair of showcasing how far an effects budget can go and focuses heavily on the screenplay. The actual story of Proxima mainly revolves around the relationship between Sarah (played by Eva Green) and her daughter, Stella. Ever since Sarah was a child, she had always wanted to be an astronaut, and that ambition clashes heavily with how much her daughter wants to be with her.

The movie starts with Sarah training for a mission. Toward the end of this training, she has to quarantine; subsequently removing herself from any interaction with Stella. What makes this conflict direr is that Stella is failing math, seemingly has no friends, and now more than ever needs her mother. This all comes to a head where they’re both separate physically and emotionally. This prompts Sarah to put her daughter first and reconcile their relationship. 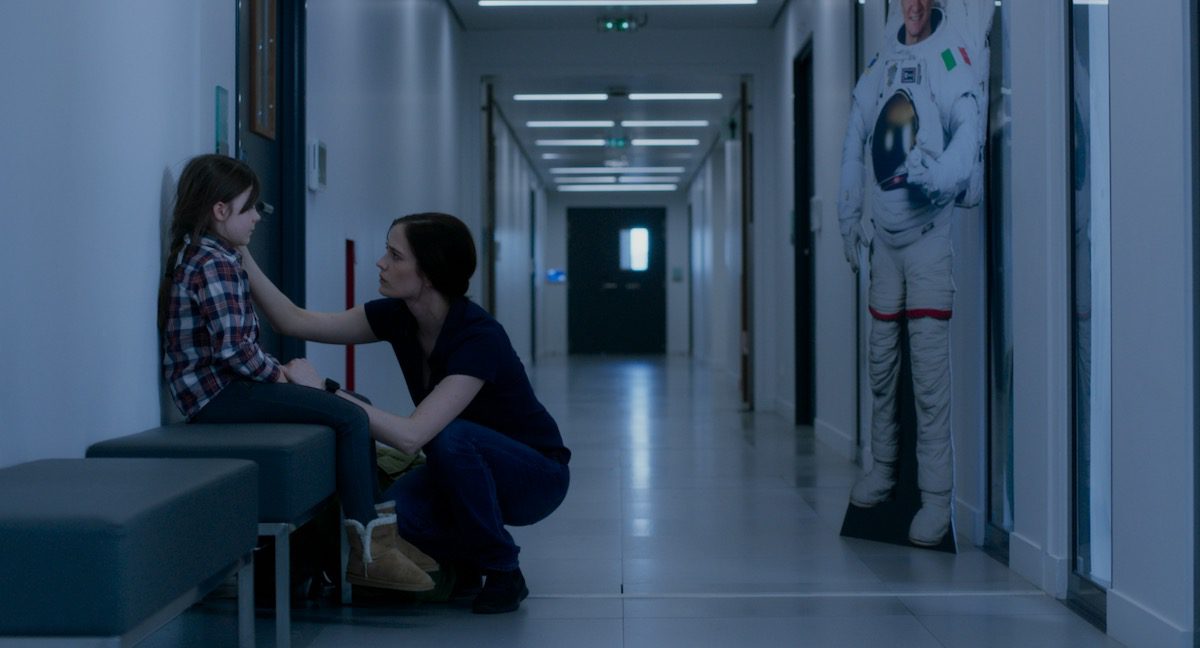 While this is all going on, Sarah must also deal with her colleague, Mike (played by Matt Dillon). The character of Mike is put in place to show the shortcomings that Sarah cannot see herself. He gives her advice and mirrors Sarah’s struggles to show how much her ambition negatively affects Stella. At the beginning of the movie, Mike comes across as a near-perfect human. He’s funny, likable, and great at what he does. What Sarah doesn’t realize is how many sacrifices he’s made, and that he’s actually far from perfect. The conversations they have challenge Sarah’s beliefs, making her more well-rounded in the process.

Themes of loneliness, acceptance, and connection all push the main conflict of Proxima. You see the transformation of characters as they have to give up their values. Emotional compromises are made which benefit the characters overall. By the end of the film, pretty much everyone has grown and developed beyond what they used to be.

Above all, Proxima aims to develop its characters. Each interaction they have serves to further flesh them out. This film easily could’ve used many tropes that are found in movies tackling the main character balancing their work and home life, but it doesn’t. There could’ve been a stronger focus and the separation that Sarah and her husband have. There could’ve been a loud, overacted scene where Sarah and Stella argue, but there isn’t. Proxima is focused on what it wants to accomplish. Any deviation from that would make the storyline needlessly convoluted. Even the outer space aspect of this story is virtually left out of the movie. It’s more there to frame character motivations than anything else. Restraint is shown in what parts of the story are explored and what parts aren’t, and the writing is good enough to make it so the parts that aren’t can be inferred. 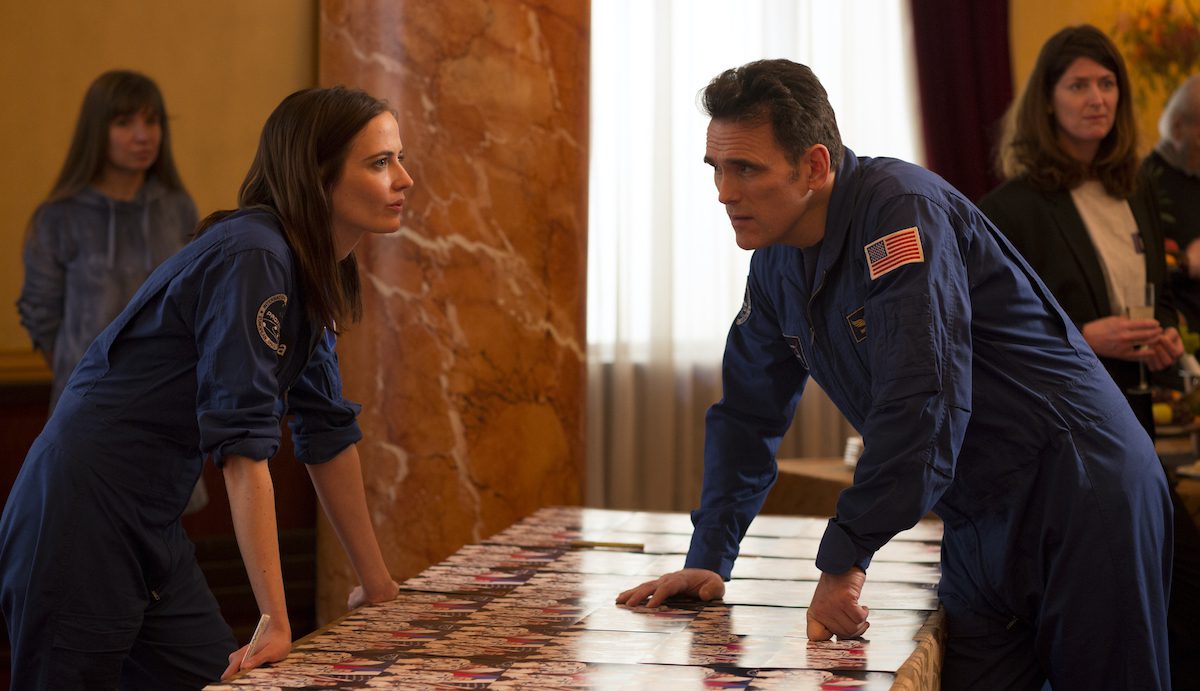 There aren’t many faults in the writing, but I’m going to get into it anyway. Some of the minor characters were given a little too much screen time, and Matt Dillon’s character is a little weak at some points. Also, some of the dialogue, while being very well-written, came across as a bit unnatural. At times it was reminiscent of how Christopher Nolan uses dialogue in his films. This isn’t a big problem, but if more care was taken into making the characters sound more realistic, the performances would be more naturalistic.

Aside from writing, the performances have emotion and heart. Eva Green and Matt Dillion have very good chemistry with each other. The relationship between their characters would’ve suffered without how well they worked together. What most surprising was Zélie Boulant-Lemesle. She absolutely nails her debut performance with how well she can emote. All together, these three actors (mainly Eva and Zélie) bring out any level of raw emotion the script calls for.

Then there are the more technical aspects. By no means are any of these aspects bad; quite the contrary. Proxima is very professionally shot and has terrific staging. The training scenes in particular are dynamic just in how visually interesting they look. The score is similar in execution. It’s not too impressive, but it does help with setting up the overall atmosphere. The color palette isn’t anything too great either since the setting doesn’t allow for it. Still, the cinematography, score, and color palette, while very important, don’t make or break Proxima since they’re not the center of attention. Alice Winocour’s focus is on character development.

If you’re expecting a space thriller going into this, you’ll be very disappointed. On the surface, Proxima looks like a generic science fiction film, but it is so much more. Sure, there are no wild space battles or suspenseful finales; that was never the point. The point of this film was to build strong, well-rounded characters and, in the end, that’s what matters.

Thank you for reading! What are your thoughts on Proxima? Comment down below!

[…] plot structure of Black Bear isn’t the strongest, it still delivers an ambitious story with wonderful performances. None of the actual filmmaking is too special or immersive, but that’s not the focus. Lawrence […]

‘The Midnight Sky’ Reaches for the Stars But...