‘Lucy in the Sky’ with Diamonds: A Rare Oddity 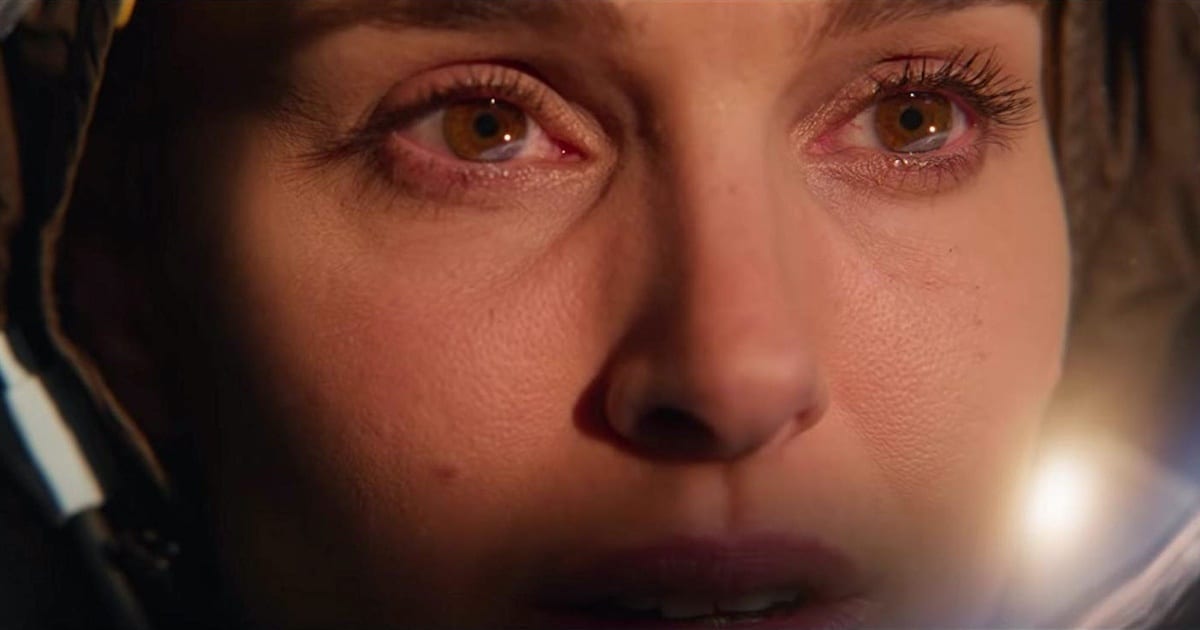 For as long as I can remember, I always wanted to go to space. To be outside our reach. To see the world from this outsider perspective. To feel the presence of our population and existence. There’s a quote from Apollo 11 astronaut Michael Collins that truly puts this in perspective: “I am alone now, truly alone, and absolutely isolated from any known life. I am it.” There’s something so powerful about that overwhelming feeling of catharsis while you watch over all of your existence and your entire life. Not only is it a profound feeling of awe, but it can also be presented as a feeling of fear. Looking at Collins’ quote, being in space, far from human life and civilization can certainly feel like an existential fear. In many ways, an experience so impactful could affect someone and the way they function. Much of that effect and impact is explored in Noah Hawley’s feature directorial debut, Lucy in the Sky — a film that, personally, very much confirms my love for space and our planet.

Deemed a commercial, critical and financial misfire, the film — which premiered at this year’s Toronto International Film Festival (TIFF) — is based on real events and chronicles the life of Lucy Cola, an astronaut returning from a recent mission in space who is stuck with an overwhelming feeling of existentialism one feels when viewing our planet from an outside perspective. Upon her return, Lucy struggles to cope with going back to her normal life and begins an affair with a fellow astronaut, Mark Goodwin. Following her experience far away from home, she heads into a downward spiral and loses connection to her family and her well-being. The film explores how her trip to space affects her headspace and her thoughts upon her return to Earth, and back to her normal life.

If you’re already this far into the article, you can point out that my review paints the film in a positive light — a much more favorable view of the film compared to the majority of reviews that are unfavorable towards it. I’m in the minority, but I believe the film is a spectacle. It is very daring and, in that point of view, feels weird, but in a good sense. It uses its boldness to its strength, making a film that feels strangely unique and dissimilar to your typical space-related film. In many ways, it can be described as a campy space-related film. 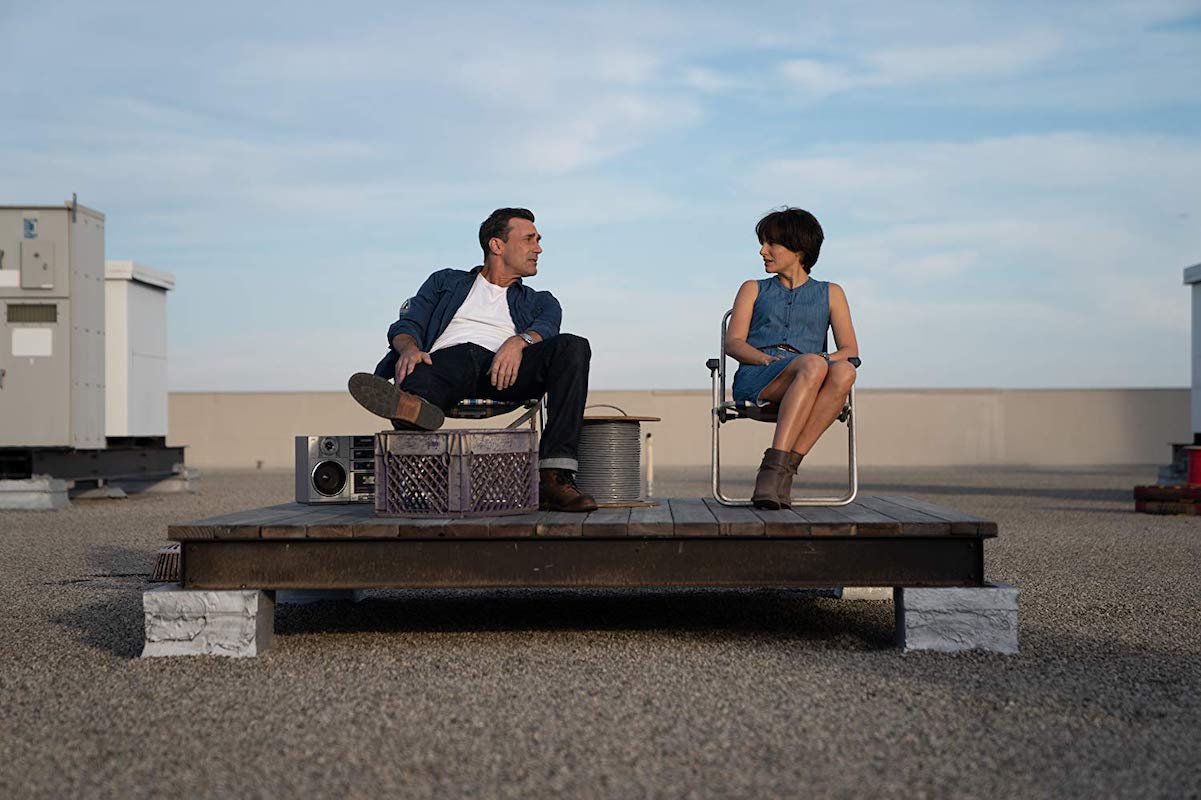 Between the general majority of negative reviews and the minority of positive reviews towards Lucy in the Sky, an aspect of the film that many can probably agree on as being one of the stronger parts of the film is the presence of Oscar-winning actress, Natalie Portman. The award-winning actress’ presence in any film is dominant, but she is especially commanding as the lead of this film, with a powerfully acted performance that drives the film’s themes of sanity and existentialism. Portman has had her fair share of dealing with the theme of sanity in her previous films. In Darren Aronofsky‘s Black Swan, she played a ballet dancer on the brink of sanity who becomes obsessed with winning the lead role in her ballet company’s production of Tchaikovsky’s Swan Lake. In Vox Lux, Portman plays a pop star who rose to fame as a teenager after a horrific event, and now, in her adulthood, is loosely holding on to her sanity as she struggles with a scandal, her personal struggles and the pitfalls of fame. Here, in Lucy in the Sky, the actress explores her character’s loss of balance, as she struggles with her insanity back on Earth after having a brush with existentialism as she saw her entire life while looking down on Earth from space.

She wonderfully plays out Lucy’s disconnect from her work, her husband and herself over time. She starts to lose focus and balance in her work, lose interest and love in her husband, and lose individuality, structure, and comfort with herself, as she aches to go back into space to once again see her world from the outside. Portman’s ability to clearly display her character’s isolation from the world helps the film in establishing Lucy’s disorientation in life that ensued after her return from her mission in space. This loss of sanity is observingly carried out in a clear fashion that feels easy to follow, as well as interesting to explore and question. Portman is nothing short of splendid here, as she usually is.

Noah Hawley (the director of the film) has definitely received a lot of criticism for Lucy in the Sky and his choices as the film’s director — and even more so after he signed on to direct the next Star Trek films, mere weeks after Lucy in the Sky bombed at the box office and was the subject of some of the year’s lowest critic scores on Rotten Tomatoes. While it is certainly a valid statement on the double standards that still exist within the film industry, I think hiring Hawley was a competent choice, considering Hawley’s experience with the sci-fi, X-Men related FX series, Legion, as well as with the bold and unique strangeness of this film, Lucy in the Sky.

Hawley’s peculiar direction is what makes Lucy in the Sky so fascinatingly fearless, along with the oddity of frequent aspect ratio changes and the vividly compelling performance of Natalie Portman. Lucy in the Sky is a film that will certainly strike up a conversation about how far it fell, and how fast this fall occurred, but I certainly believe it is one of the most bizarrely audacious risks of 2019 — a risk that, in my opinion, paid off. Lucy in the Sky is daringly different from its fellow films in the sci-fi/space genre, by attempting to be unusually innovative in the ways it captures the feelings of its lead character, Lucy Cola. Whether or not Lucy in the Sky will find more love beyond 2019 is hard to tell, but it will certainly go down as one of the most unorthodox films of the year.

Thank you for reading! What are your thoughts on Lucy in the Sky? Comment down below!

[…] Vaughan’s feature film debut, Friends and Strangers is an oddity, to say the least. Both the story structure and character writing take strange roles in Vaughan’s […]