‘The Dig’ Is Not Worth the Ground It Is Built On 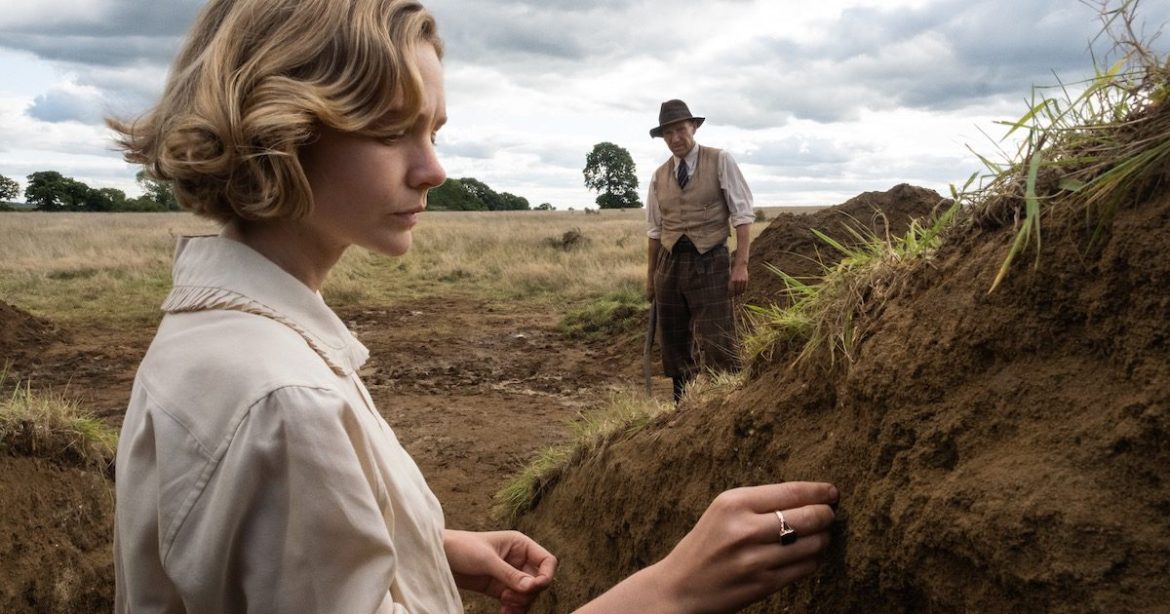 When we think of archeology, we think of exotic locales, hordes of ancient buried treasures, and danger coming from the locals who are not pleased by the sudden appearance of strangers. But in reality, it can be closer to home, far from dangerous, and grueling work in which success is not immediate. Like many things, movies have a way of creating an image that is closer to fiction than reality.

The Screenplay Does the Female Characters Wrong

Directed by Simon Stone and written by Moira Buffini, The Dig tells the story of the discovery of Sutton Hoo, an Anglo-Saxon burial mound found in rural England just before World War II. The two main female characters are Edith Pretty (Carey Mulligan), who owns the land, and Peggy Piggott (Lily James), one of the archeologists working on the dig.

Seeing Buffini’s name attached to the film as the screenwriter should have made me happy. Her book-to-screen adaptations of Tamara Drewe (2010) and Jane Eyre (2011) are pretty damn good. The Dig is also based on a book by James Preston. I’ve not read the book, so I cannot confirm what changes the author may or may not have made on the page. The only word I can use to describe the on-screen characterization of both Edith Pretty and Peggy Piggott is disappointed.

Both Mulligan and James are two of the best actresses of their generation. But they and the women who they play have been mischaracterized. Piggott was one of the most respected archeologists of her era. But instead of being portrayed on screen as she was in real life, the film version of Peggy is young, green, and a little too eager to gain the respect of her colleagues. By this time, the real Piggott had already led a few excavations, which makes the characters choices here even more befuddling. She is the only woman actively working on the site. Though Peggy is not outrightly discriminated against, both her age and her gender is used against her. In my mind, the changes made to her only hurt the character presented in the film.

At this time, Pretty was in her mid-50’s, two decades older than Mulligan. The casting of Mulligan represents a pernicious problem. Instead of casting an age-appropriate actress, the choice of the creative team is another reminder of the ageism directed at women in film. Adding salt to the wound was the decision to add a subtle will they or won’t they relationship between Pretty and Basil Brown (Ralph Fiennes). I am all for romance, but it has to feel natural for the story. Adding romance to the tale simply because the presence of a female character is foolish and from a writing perspective, weakens the screenplay. 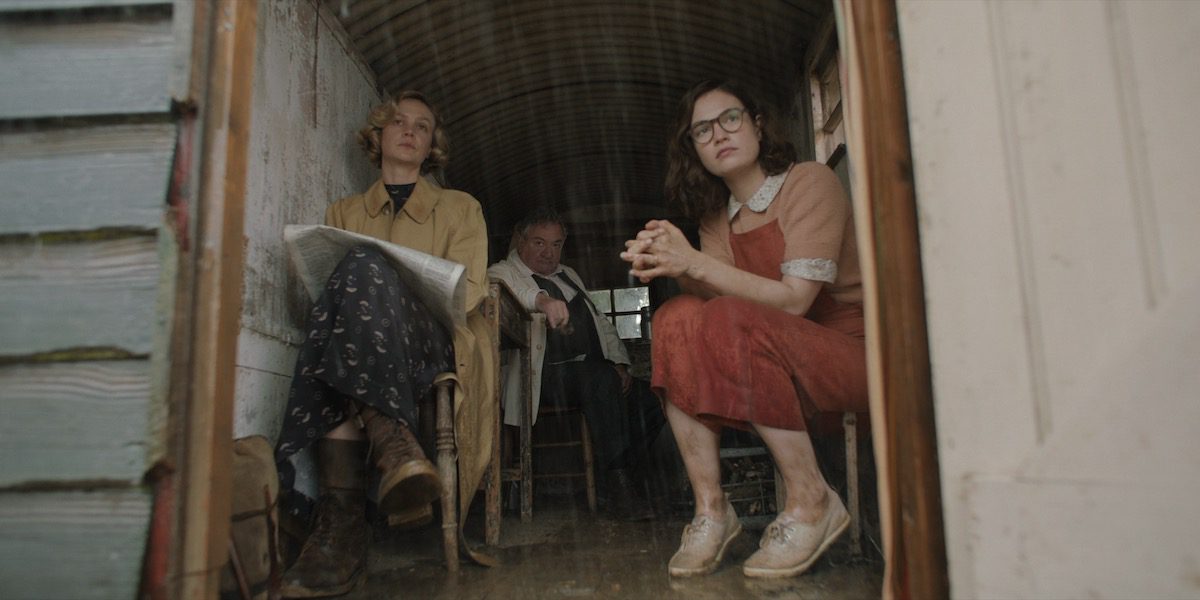 The Austen Force is Strong with This One

One of the reasons I wanted to watch this movie was the casting of several actors who have previously played characters in adaptations of Jane Austen novels. Mulligan played Kitty Bennet in  Pride and Prejudice and Isabella Thorpe in  Northanger Abbey. Though neither Kitty nor Isabella are the lead roles, Mulligan was already showing promise and potential longevity in Hollywood. James was Elizabeth Bennet in the screen version of the Austen/horror mashup of Pride and Prejudice and Zombies. The combination of a zombie movie and a classic novel is not the most obvious mixing of genres. But James, as the main character is able to give both aspects of the plot equal weight, a task that is not easy to accomplish. Johnny Flynn (Rory Lomax) played George Knightley in the recent reboot of Emma. As the romantic lead/finger-wagging big brother to Anya Taylor-Joy’s Emma Woodhouse, he was the perfect counterpoint to the naïve and annoyingly headstrong heroine.

In spite of the dramatic change to Mulligan and James’s characters, their performances are excellent. Mulligan’s version of Edith Pretty is a woman determined to succeed, unwilling to let her health issues or other’s opinions get in the way. James’s Peggy Piggott is fully aware of the obstacles in front of her, but like Edith, keeps her eyes on the prize. I liked Flynn as Lomas. He is the emotional even keel the audience needs as the drama amps up. He is also completely fictional and appropriate to represent the upcoming war and the hardship it brings.

The Talent and the Screenplay Don’t Match

In theory, I should have enjoyed The Dig. It is a BPD (British Period Drama) that is not the standard narrative for the genre. When most people think of the genre, a lush romantic drama comes to mind. A true story about the discovery of an ancient king’s grave in rural England is not the most obvious of narratives.

The problem is not with the cast. If there is one standout performance, it is Fiennes as Basil Brown. He is completely believable in the role. His accent is nothing short of perfect. Like his co-stars, Fiennes is one of the best in the business. Unfortunately, the actors are underserved by the screenplay. This is not the first time the script does not match the talent and it won’t certainly be the last. Generally, I concerned myself with two different aspects when judging a movie: a dynamic and entertaining story and performers who make the audience believe in what they are watching. If one is off balance or missing completely, it is likely that the final product will not fulfill the promise made in the trailer.

In this case, the problem is the script. The Dig‘s foundation is riddled with writing contrivances and unnecessary threads. Everything that is placed on top of this faulty base is worse off for it.

Thank you for reading! What are your thoughts on The Dig? Comment down below!

[…] was a pretty savage review that Adina had, let’s see what it’s actually […]