‘Sense and Sensibility’ Beats ‘Pride and Prejudice’ In My Book 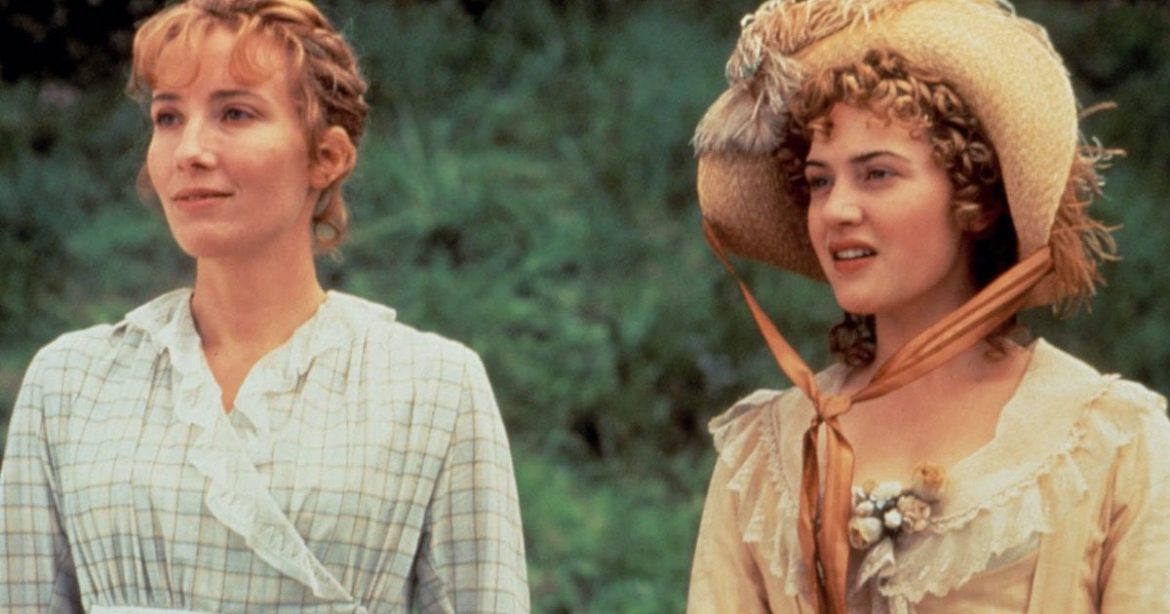 Like Pride and Prejudice, Sense and Sensibility revolves around female characters and their relationships, specifically with male suitors who wish to take their hand in marriage. While Pride and Prejudice was sweet and enduring to a generation of young, starry-eyed teenage girls, Sense and Sensibility had some actual substance to it. The variety of characters alone was enough to engross one in the story.

I’ve already given you quite an earful, but here are some of the top reasons that I prefer Sense and Sensibility to Pride and Prejudice.

I’m a sucker for a good cast. Was Avengers: Endgame everything I hoped it would be? No, but I sure loved all the people in it.

In the case of Sense and Sensibility, I get the best of both worlds: a great movie and a phenomenal cast. Starting off with our main characters, Elinor (Emma Thompson) and Marianne (Kate Winslet), the cast already shines bright. Both stars have the right mix of innocence and worldliness to lend credibility to their characters. Moving on to their male costars, we have Edward (Hugh Grant) and Colonel Brandon (Alan Rickman). These men hold such a great air of dignity and yet are able to lend levity to their personalities as well as the awkward suitors of the Dashwood sisters.

The cast meshed together quite well for this film, which is good considering the intimacy which Sense and Sensibility tries to convey to its audience. Nobody overshadows anyone else, and each has their shining moment.

One of my favorite side characters has to be Mr. Palmer, played by Hugh Laurie. He is violently indifferent to his own wife, played by Imelda Staunton, but he does have a soft spot, as evidenced by his willingness to stay behind and help Elinor take care of Marianne.

Another character that I think deserves more of an analysis would be Sir John Middleton played by Robert Hardy. I love his bubbly, blunt personality. He can be a bit much, as evidenced by the Dashwoods’ discomfort around him, but he’s a great contrast to their more reserved personalities. His bluntness clues in some of the less astute of the audience at times, which is helpful for me — a less astute member of the audience.

While we never get to fully delve into these characters, we get just a glimpse into exactly what kind of people they are, which is enough to spur curiosity.

Sense and Sensibility deals with classism just like Pride and Prejudice. From the very beginning, we are introduced to the idea of the poor and the rich. The Dashwoods start out well-to-do but eventually fall to the status “country folk,” which the richer crowd can look down upon.

Our villains are those who enforce the boundaries of class. Mr. Willoughby (Greg Wise) eventually ends up snubbing Marianne for someone with more money. Mrs. Dashwood’s sister-in-law shuns her after she loses the family house. They are nothing more than snobs.

The people we root for in Sense and Sensibility are the ones who can look past the quaint life the Dashwoods lead and accept them. Edward looks past Elinor’s lack of riches and sees the woman that she is. Despite him coming from riches and his mother’s wishes for him to marry another rich family, he chooses Elinor. Colonel Brandon isn’t necessarily rich, but he doesn’t look down on Marianne for being poor either.

Ang Lee is a fantastic director, especially when it comes to dramatic romances. Just look at Brokeback Mountain. When people think of great romances, Jack and Ennis come to mind. The longing, the pain, and the heartaches that come with love are so prevalent in that film.

Ang Lee is brilliant at exhibiting those most difficult emotions of love. I love the way he is able to make us feel the pain that Marianne feels when Willoughby rejects her. We not only feel bad for her, we feel like we are her. Mr. Willoughby was a part of our life too and having him ripped from us is heartbreaking. He also makes us feel the pain of loss after Elinor learns that Edward is engaged. Through long, solemn shots and subdued tone, we are in mourning right alongside Elinor.

The Strong Bond of Sisterhood

I just love when films show strong bonds between women. It provides a different path from the well-beaten one of male friendships and guy-gets-the-girl storylines. Pride and Prejudice does this well, too, I will admit. However, there is something about the relationship between Elinor, Marianne, and Margaret (their younger sister, played by Emilie François) that I find comforting in Sense and Sensibility. Maybe it’s because of how Pride and Prejudice has five sisters to focus on while Sense and Sensibility only has three. That allows the relationships to blossom before our eyes without too much distraction.

Of course, I love the relationship between Elinor and Marianne. Their bond is unbreakable and they love each other so much. However, I also love their relationship with Margaret. Growing up with a tomboyish sister who seems to have no filter on her mouth is such a funny dynamic. It reminds me of how my sisters must have felt growing up with me. Plus, when Edward takes a liking to Margaret, it shows how well he fits into the family and how he was the right choice for Elinor all along.

I think the biggest reason I prefer Sense and Sensibility over Pride and Prejudice is because it is comparatively forgotten. I’m always one to root for the underdog and the situation is no different here. When people think Jane Austen, they think Pride and Prejudice or Emma, often forgetting about Sense and Sensibility. I wish they would both get the recognition they deserve for being beautiful period pieces that bring warmth and joy to their audiences.

Thank you for reading! What are your thoughts on Sense and Sensibility? Comment down below!

Three Simple Questions for Creating an Adaptation of a Jane Austen Novel - MovieBabble August 31, 2022 - 11:49 am

[…] small screen rewrites of Jane Austen’s novels were released. Hulu released Fire Island. It is Pride and Prejudice set among a group of five queer friends who are going on their annual visit to the island off of […]

‘Cruella’ Is a Very Odd, Yet Highly Watchable...