A Series of Thoughts I Had While Watching ‘The Dig’ 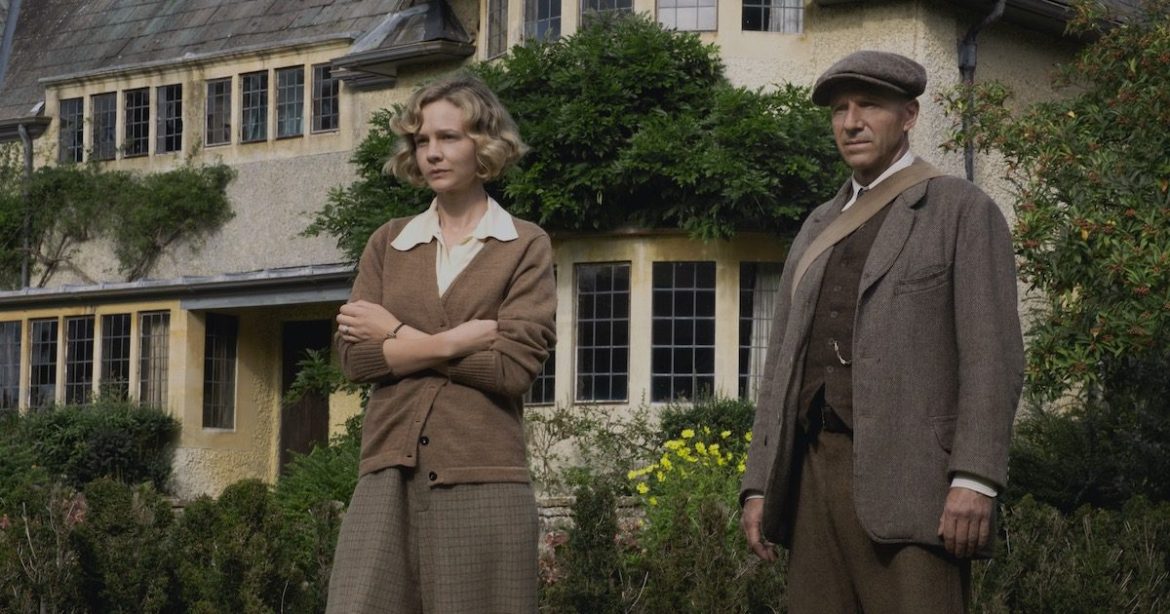 “That was a pretty savage review that Adina had, let’s see what it’s actually like.”

“Ralph Fiennes is really leaning into this whole pipe schtick. I wonder if that’ll be a thing this whole movie?”

“Oh, you’ve got a ‘feeling’ about this mound? I bet that isn’t relevant at all in the future.”

(In response to Carey Mulligan demanding that Ralph Fiennes dig THIS ONE SPECIFIC MOUND, instead of any of the other twelve, including the one he, the literal expert, says they should.)

(He does, and she turns up exactly once, to remind him what a Very Special Boy he is.)

“This movie would be the best movie of the year if it’s a secret sequel to Promising Young Woman.”

“’If you ask me, the man should leave Mrs. Pretty’s mounds well alone.’ Is this the greatest quote of all time?”

(In response to the unbelievably stereotypical stubborn cockney farmhand observing the situation with “Mrs. Pretty’s mounds.)

“Should I get it tattooed on my body?”

“WHOA WHAT THE HELL.”

“WHY IS RALPH FIENNES BURIED UNDER DIRT?”

(In response to Ralph Fiennes getting buried under just a shit ton of dirt.)

(In response to Ralph Fiennes immediately starting to smoke after nearly drowning in dirt.)

“This is the most uncomfortable marriage I’ve ever seen.”

(In response to Mrs. Ralph Fiennes’s one scene.)

“Oh shit, that kid on the bike has an awesome sweater.”

“Can I get a sweater with a rocket like that?”

“This man has the largest nose I’ve ever seen.”

(In response to the stuffy British Museum director’s entire head of broccoli that’s sticking off his face.)

“My god, how does he keep his head upright?”

“Does it hurt his neck?”

“Why is every line of dialogue an exposition rampage?”

“No human beings have ever spoken like this in the history of mankind. I would know. I did the excavations to find out.”

“And as quickly as James Dean arrived, he is gone. Fare thee well, Dean. I never learned your real name.”

“This is the most confusingly edited movie of all time. These are standard shot reverse shots, but we never see anyone speaking to each other. Are they telepathic?”

“Is this how Ralph Fiennes becomes Voldemort?”

“All Ralph Fiennes characters can be graded on a scale of morality from Monsieur Gustav in Grand Budapest to Voldemort in Harry Potter. This guy is like a 2.5.”

“How was this nominated for 5 BAFTA’s?!”

“Full disclosure, I fell asleep for like 20 minutes there.”

“My god I get it, Ralph Fiennes smokes, please stop starting every single scene with him lighting his pipe.”

The Dig is streaming now on Netflix.

Thanks for reading! What are your thoughts on The Dig? Comment down below!