‘Earwig and the Witch’: “The Future of Animation” Should Stay in the Past 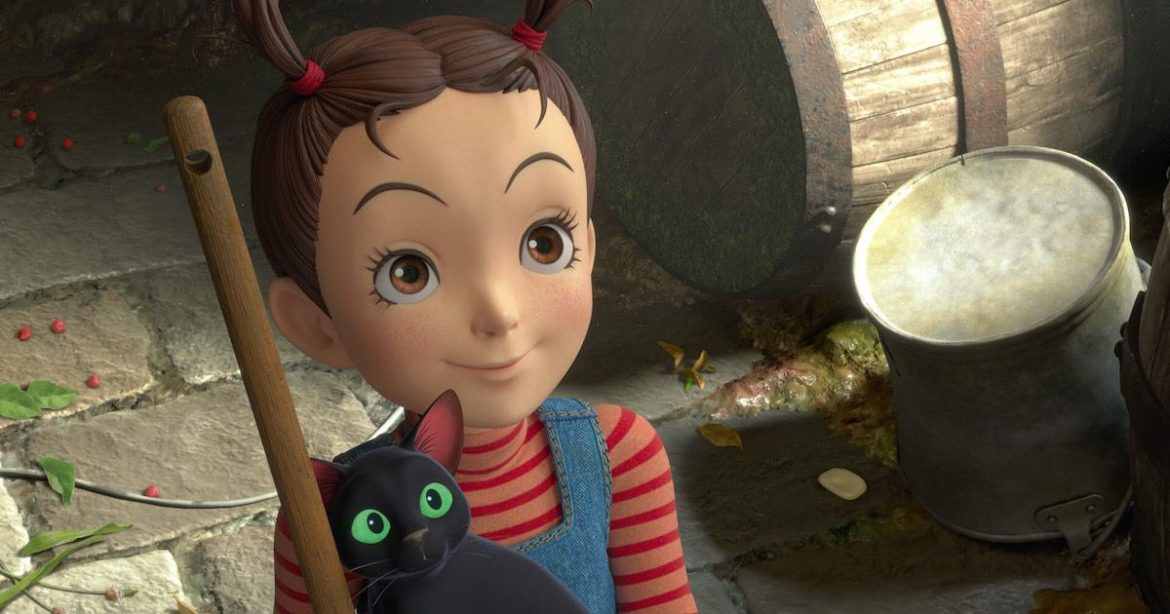 Well. That’s kind of a bummer.

First of all, I want to make one thing clear; I take no joy writing this review. In fact, much to the chagrin of our leader and content editor here at MovieBabble, I have been dragging my feet quite a bit when it comes to getting this published.

Studio Ghibli is one of my favorite producers of art in human history, full stop. The consistency with which they tell powerful stories with some of the most gorgeous feats of moviemaking has been breathtaking for the past three decades. They are who Pixar wants to be, and I’d hold up Hayao Miyazaki’s Princess Mononoke/Spirited Away/Howl’s Moving Castle run as the all-time single greatest three-film run against any other director.

Earwig and the Witch feels more like a series of video game buffering screens stitched together than it feels like a proper feature film.

Ghibli is famous for its employment of the Japanese concept of ma. Per Miyazaki, the studio’s founder and most famous auteur: “We have a word for that in Japanese. It’s called ma. Emptiness. It’s there intentionally. [claps his hands] The time in between my clapping is ma. If you just have non-stop action with no breathing space at all, it’s just busyness.”

Fans of the studio are familiar with this, but even those passing observers will notice little moments, from Sen on the train in Spirited Away to Kiki manning the bakery in Kiki’s Delivery Service, and how they hold our attention with their small and honest portrayals of their main characters.

We get none of this in Earwig.

Every instance where a moment like that could occur is interrupted, whether by an overwhelming and distracting sound design, or by the constant and awkward movements of the characters.

What’s Holding It Back

The most obvious departure from Ghibli standard is that this is their first foray into wide released 3D animation, but I just wanted to make clear that that is not the main issue I took with this movie. It felt just short of a stylized form of animation that could have played well if the story was told in a more sincere way.

What I really took issue with was that it seemed to deliberately acknowledge the ways Ghibli has told stories in the past, for the exclusive purpose of rejecting them.

The young female protagonist had none of the earnestness that we’ve come to expect. Rather, she’s manipulative and the main lesson of the movie seems to have been that she never needed to learn to change at all.

The rich stories revolving around heritage and our place in the world are gestured at, but never fulfilled.

Gorō Miyazaki said in an interview recently that he didn’t know what made a Ghibli movie. The answer is simple; it takes heart.

I try to avoid spoilers in these reviews, but truth be told, it’s difficult to retain the major plot beats of the movie immediately after stopping to watch it, and the most joy I took from the experience was the number of jokes my girlfriend and I made while it was on the screen.

Gorō Miyazaki, Hayao’s son and a decent filmmaker in his own right, was the driving creative force behind this project, believing 3D animation to be the future of the genre. Perhaps it is, but given the results from their first true foray, for the sake of the viewing public, I certainly hope it isn’t the future of Ghibli.

Thanks for reading! What are your thoughts on Earwig and the Witch? Comment down below!