‘The Matrix Resurrections’ Is a Meta Swing for the Fences

Lana Wachowski's return to the series she created is a self-aware triumph. 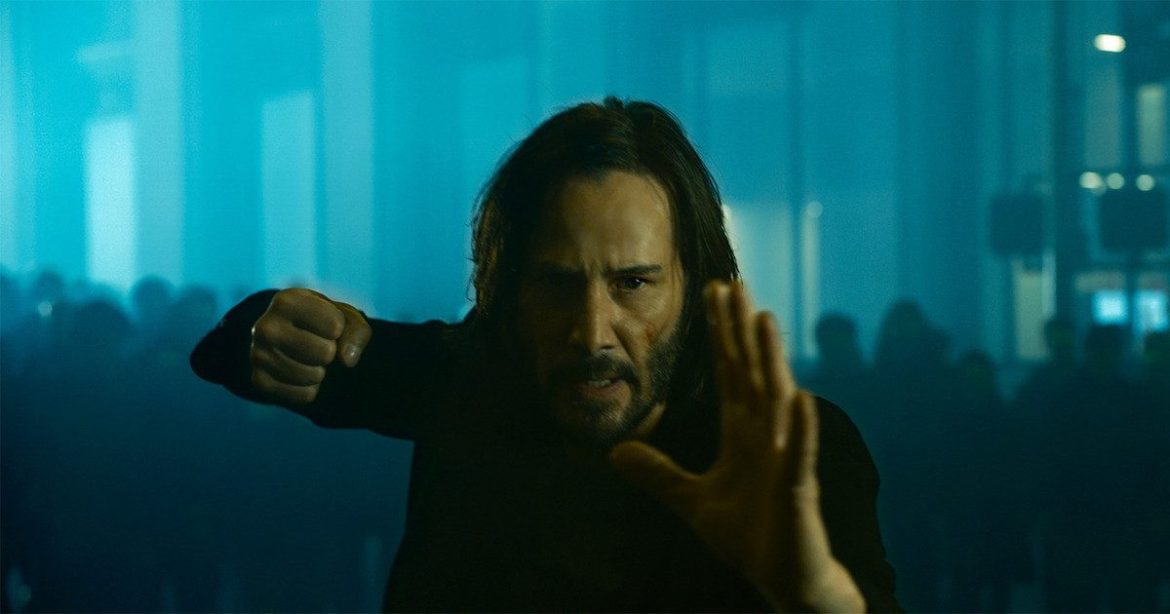 Almost twenty years since the last film, Lana Wachowski has once again, entered the Matrix with the fourth entry into the prolific science fiction series, The Matrix Resurrections.

As a massive fan of these films, including the deeply underrated sequels (which I very recently wrote about for this website), this film instantly became one of my most anticipated films of all time the moment it was announced. I was even more excited and hopeful that at least one of the Wachowski’s was at the helm with Lana Wachowski returning to co-write and direct. I’ve now seen the film three times, and I am ecstatic to report The Matrix Resurrections is an incredible, timely return to this world and these characters. In short: I loved it.

The Matrix Resurrections begins with Bugs (Jessica Henwick in what should be a star-making role), the captain of the Mnemosyne who is convinced Neo (Keanu Reeves) is still alive despite his death at the end of the last film, and has been searching all over the Matrix for him. She is, of course, right, as the film quickly finds him within a world where the Matrix has been rebooted once again. He is again fulfilling the role of Thomas Anderson and is once more stuck in its system of control without any knowledge of the events that took place sixty years prior. (Specifically, the events of the first three films.) The caveat is he is actually incredibly familiar with the events of the trilogy, as his position in the society of this new Matrix is that of a video game developer who created an incredibly prolific trilogy of games titled, The Matrix, which allows players to experience the events of the first three films (or, in their case, world history). It gets weirder when he regularly sees Tiffany (a.k.a Trinity played once again by Carrie-Anne Moss) at the local coffee shop named Simulatte and both have a distant feeling that they know each other. Thomas is constantly feeling there is more to reality than what is being presented to him and is consistently told by his Analyst (Neil Patrick Harris) these are nothing more than delusions, and he needs to diligently continue his prescribed medication of blue pills to keep the delusions at bay. However, the lines of reality and fantasy begin to blur when Thomas is informed by his boss, Smith (Jonathan Groff), that the parent company of their developer, Warner Bros., has approached them to make a fourth Matrix game.

As you can probably gather from this summary (which doesn’t even scratch the surface of the narrative), this film is A LOT. As a result, the film has already launched an exhausting amount of discourse from the usual 35-to-40-year-old YouTubers who cannot fathom being challenged by the films they watch, but instead cling to their Funko Pop Vinyls of characters from films of old that made an impression on them back when they were actually capable of feeling something separate from a deep-seated sense of self-loathing.

That isn’t to say The Matrix Resurrections is devoid of flaws, it has multiple, but complaints of “woke, SJW propaganda” have already become nauseating. All from losers who pretend to be fans of The Matrix, but couldn’t tell you what version of the Matrix the Merovingian was from without using Google first.

Many people have rightfully made the comparison that with The Matrix Resurrections, Lana Wachowski has crafted her version of Wes Craven‘s New Nightmare, and I struggle to think of a better film to compare it to because both films are about the cultural footprint caused by a game-changing film and are in conversation with themselves for what that means, and how they can undergo the daunting task of once again, making a product of its time relevant to today. Wachowski’s approach is a thought-provoking commentary on the state of the current blockbuster machine. Ironically, this film is making this argument in a time when the biggest film in the world, Spider-Man: No Way Home, is one that feels as if it was coldly crafted on a conveyor belt, manufactured every step of the way to elicit the cries of audience members in the form of, “I KNOW WHO THAT IS!!!“. What both films have in common is that both highlight the dire and frightening state of the Hollywood system. The difference is that the former is completely aware of it.

The dizzyingly great first act of The Matrix Resurrections provides a meta deconstruction of attempting to create art in a studio system driven by what will easily be recognized. It’s surprising how funny this film is, but what really stands out is the palpable anger Wachowski has for the current state of the studio system. It’s unmistakable with lines like, “They want us to make a fourth Matrix and they’ve made it clear they will do it with or without us.” They are, of course, referring to Warner Bros., which is literally name-dropped in the movie. While this film uses many of the same plot beats as the first film, what is surprising is how fresh and at times satirical it feels. Where Morpheus first came face-to-face with Neo in a moody room accompanied by lightning in the first film, this time, it is in a bathroom. In a film as self-aware as this one, it’s really hard to mistake the commentary it is making about how modern blockbuster films (particularly those dubbed “Lega-sequels”) are essentially the same exact films, just with less effort and imagination.

After Neo’s inevitable escape from the Matrix, we are provided information about what has happened in the world in the sixty years since Neo saved Zion. This is where one of my biggest flaws comes in and that is much of the exposition provided by Niobe (Jada Pinkett Smith) feels underdeveloped. Neo asks her what became of Zion, and she doesn’t provide a full answer. It is implied that Morpheus essentially led it to its destruction, but the details are not there. We also are told of a civil war that took place between the machines; a super compelling science-fiction concept. However, we don’t get more than one sentence surrounding that. I imagine these are both things that would be explored in later films, but as currently constructed, it’s a little bit sparse.

A common complaint surrounding this film is the action, and while it’s certainly not on the same level as the original trilogy, there are some truly awesome action beats throughout. I also genuinely love these characters, so it’s easier to feel involved in the action throughout the film. When the action of modern blockbusters is so visually uninteresting, a film with as much imagination as this one stands out.

As proven from her entire filmography, Lana Wachowski is an incredibly earnest filmmaker. This film feels like the logical conclusion of a filmmaking mind behind the likes of Speed Racer, Cloud Atlas, and Sense8. With the films in The Matrix series, she has always been interested in telling the love story between Neo and Trinity. These movies have always been about love. Specifically, they are about a love that transcends the systems of control that Neo and Trinity knowingly and unknowingly navigate throughout the course of this story. In a film this self-aware, it also finds the time to be a deeply sincere story about two characters with a deep connection to one another, which, if you ask me, is pretty damn remarkable.

Thank you for reading! What are your thoughts on The Matrix Resurrections? Comment down below!

I do appreciate when a review lets you know it’s out of it’s goddamn mind early on. Saves time.