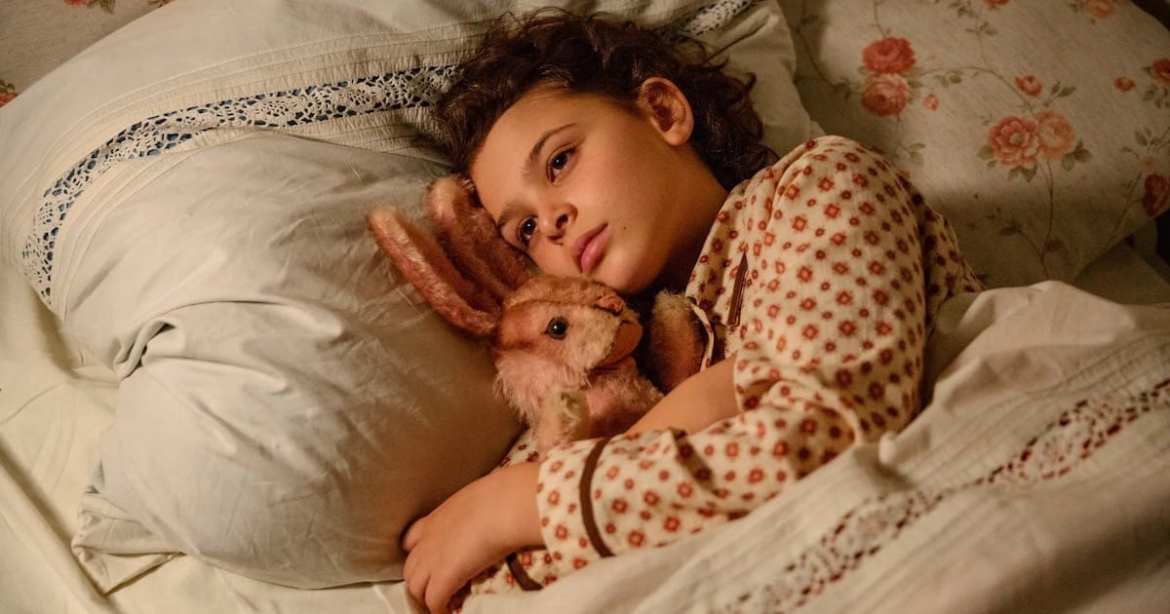 Judith Kerr was nearly 50 years old when she heard something she could not excuse.

Her children remarked to her one night that they had always imagined her childhood as being similar to The Sound Of Music.

She stopped. The Sound of Music?! She thought of her brother. Her father. Her mother. Her Uncle.

And she began to write.

When Hitler Stole Pink Rabbit is a semi-biographical film about the childhood of Judith Kerr, daughter of esteemed German intellectual and critic Alfred Kerr and opera composer Julia Kerr. Riva Krymalowski as Anna Kemper is the Judith stand-in, and we follow her family on their journey through Europe in the early 1930s.

The Kemper family flees Berlin at the cusp of the election of Adolf Hitler under the guise of a family vacation to Switzerland. They allowed their children one toy each, and Anna chooses her dog over her pink rabbit, and regrets it forever.

We follow her family as their lives descend further and further into poverty. In France, for example, they have to pretend that they are not in their apartment when the anti-Semitic landlady comes around to bang on their door every evening.

Perhaps the most impactful relationship is that of Anna and her uncle Julius. Julius, played brilliantly by Julius von Dohnányi, is a zoo operator in Berlin. He has an opportunity to leave Germany and stay with the family early in the film, but he neglects to preserve his own safety, thinking instead of the zoo. He maintains a connection with them until the end, sending postcards to the family in their travels. Eventually, though, they receive word that he has been taken by the Nazis but left one last gift for Anna. When I say I never expected to be so moved by the inclusion of a pocket watch in a film, I do sincerely mean it.

Caroline Link takes her Oscar-winning natural direction to this tale of loss and migration. Between her deft instincts and the gorgeous vistas, this film maintains a thoroughly pleasurable visual experience, even as the subject matter delves into the tragic. All in all, I enjoyed my time with the Kemper family, and would recommend anyone interested in this period of history to take the time to watch When Hitler Stole Pink Rabbit.

Thanks for reading! What are your thoughts on When Hitler Stole Pink Rabbit? Comment down below!