‘Man Push Cart’ and the Inescapability of Poverty 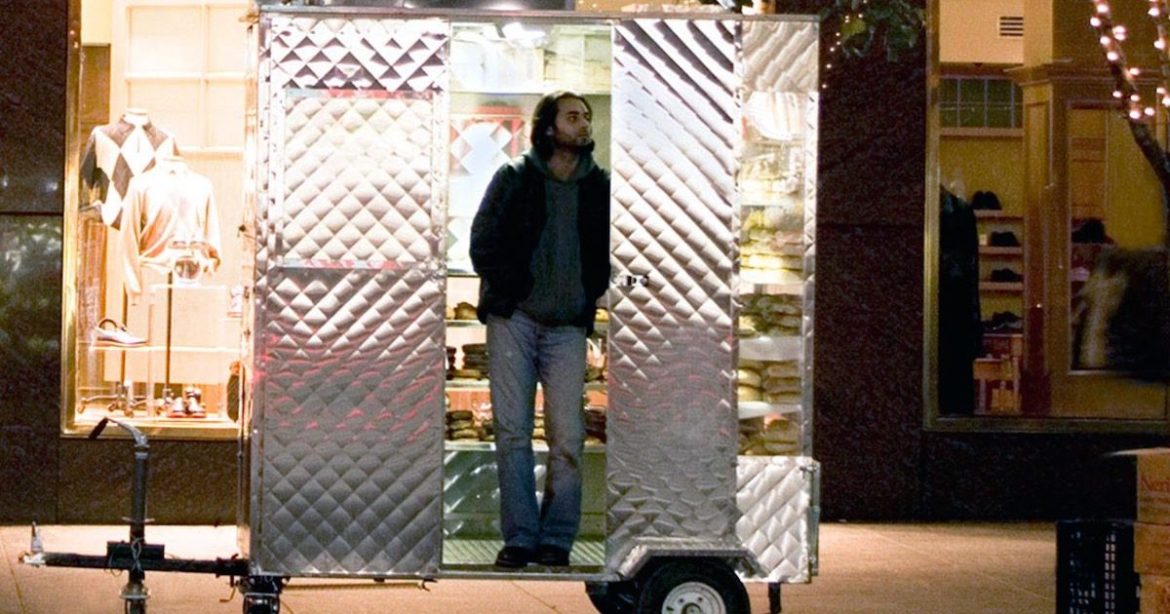 It’s fitting that The Criterion Collection is releasing Ramin Bahrani’s Man Push Cart as part of its February releases just a few weeks after his latest film, The White Tiger, dropped on Netflix. Superficially, seeing Bahrani advance from a very modest immigrant story in Man Push Cart to the sprawling, almost epic rise-and-fall story in The White Tiger is nice to see; but despite their differences, there’s a clear throughline between the two, and the rest of Bahrani’s work, for that matter.

The director has always been concerned with inequality, whether that be economic, educational, or even spiritual. Or, how one of these inequalities flows into another. In The White Tiger, we see lead character Balram (Adarsh Gourav), a clever but unsophisticated young adult from a lower caste, attempt to improve his status by becoming a driver for a rich Indian family, only to realize this is a futile effort unless he loses his moral compass and turns to crime. Although Man Push Cart has none of the same frills in its filmmaking or structure, it examines that same feeling of inescapability for the poor, that no matter how hard you try, your circumstances may never change even with an honest work ethic.

Released in 2005, Man Push Cart is undoubtedly an important piece of the post-9/11 immigrant story canon. Its story may seem simple, but that also makes it entirely universal and true.

Before the sun rises, Ahmad (played by Ahmad Razvi — a nod to the film’s sense of realism) is already pulling his food cart down a busy street in Manhattan to prepare for the morning rush of customers. He sells coffee and bagels to passersby; some of them are regulars, but they don’t do much more than exchange pleasantries as Ahmad prepares their order. That’s also the extent of his human interactions: his wife passed away recently, and his in-laws won’t allow him to see his only son, so the only thing he can really do is keep his head down and work on making ends meet. In his “free” time (there’s no real free time in his daily life), he takes to selling DVDs to people on the street. If he’s lucky, he gets to have a beer or two before falling asleep.

No matter what is actually happening in the film’s scarce plot, Bahrani always focuses on the monotony in Ahmad’s life. Every single day starts with Ahmad struggling to pull his cart down the street in pitch black as cars honk at him for the mild inconvenience. When his day is done, he takes the long subway ride back to his hole in the wall of an apartment and gets a few hours of sleep, only for the process to repeat itself the next day. (Ahmad is filmed almost entirely in close-up shots when he’s at his apartment, which subtlety enhances the crampedness without wallowing in his misery.) In one of the first moments in his apartment, we get a glimpse of his alarm clock which reads “1:55 a.m.”, which may be the most disheartening moment in the film as it underlines just how hard Ahmad has to work daily.

But Man Push Cart doesn’t call attention to this detail or the many like it. It’s just another part of his situation. Showing his daily struggles as ordinarily as possible makes it far more troubling than the usual schmaltz Hollywood churns out when discussing the poor.

One day, a wealthy businessman named Mohammad (Charles Daniel Sandoval) approaches Ahmad at his cart and soon realizes he recognizes Ahmad from when he was a famous singer back in Pakistan. Mohammad promises to help Ahmad out, first by giving Ahmad a few jobs fixing up his swanky apartment, but then to introduce him to the music scene in the city and hopefully get his life back on track. Simultaneously, Ahmad meets a Spanish woman named Noemi (Leticia Dolera) who works at a nearby magazine kiosk. Ahmad also stumbles upon quite possibly the cutest kitty in an alley and takes it in to care for it. (I would DIE for that kitty.) These story beats are almost begging to be taken and thrown into a cloying redemption story similar to The Pursuit of Happyness; instead, Ramin Bahrani keeps everything as understated and honest as possible.

The setting isn’t a coincidence, either. Although it’s never explicitly stated, Man Push Cart holds a lot about the immigrant experience in New York after 9/11. Outside of one of Ahmad’s friends mentioning he was a victim of racist violence, the film never overtly mentions racism, but the characters’ isolation and the lack of opportunities (Noemi was a translator back in Spain) do more than enough to illustrate it. Although, people thought Rahmin Bahrani and Ahmad Ravzi were terrorists while they were filming in New York, which also speaks volumes.

A Promise of Something Better?

Over the course of the film, Ahmad slowly collects more money: he’s working toward paying off his cart and making it his own. He even gets a little friendly with Noemi. Frequently, Man Push Cart is a reminder of the little moments of gratification we take for granted.

But the prospects of any help coming from Mohammad and his music contacts go from grim to nonexistent in a hurry. Then, something occurs which threatens to ruin Ahmad’s entire life, which I’ll keep vague here.

Ramin Bahrani has said he was inspired by the tale of Sisyphus, the story of Greek mythology in which Zeus punished Sisyphus for his trickery by forcing him to roll a boulder up a hill for eternity only for the boulder to fall all the way back to the bottom before it reaches the top. Ahmad is unquestionably stuck in the same cycle; any attempt at happiness died with his wife. Everything is perpetual.

The only way forward for Ahmad is to keep moving along. Doing so may not improve his status, but at least it gives him some sense of purpose in life.

Thank you for reading! What are your thoughts on Man Push Cart? Comment down below!

Enjoyed the write up!

Thank you so much!!!

[…] have a similar overexplanatory tone, but, luckily, this is not the case. What follows is a lot more subtle, and while the larger plot points are explained enough, the film leaves some mystery for the […]

[…] are a ton of similarities to Ramin Bahrani’s previous film, Man Push Cart. Much of the film follows Ale and his monotonous daily activities at the shop. The noise from all […]

Don’t think I could watch this one. Covid’s got me depressed enough :)

I don’t blame you! Although, it is really great, so definitely check it out when you feel up to the task :)