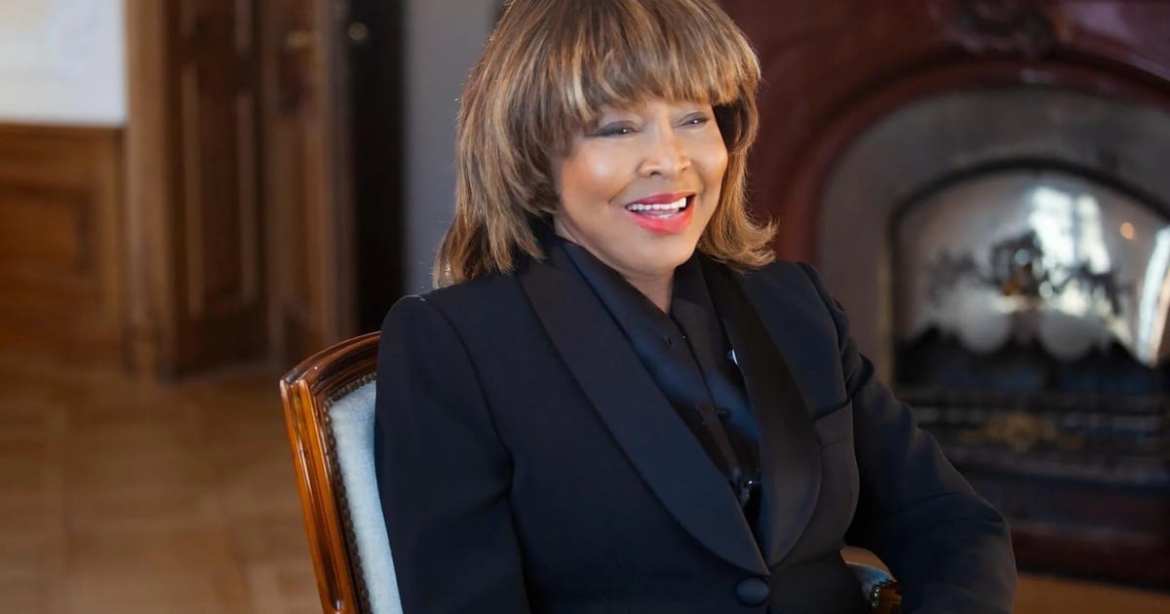 Anna Mae Bullock was born 50 miles outside of Memphis in a small town called Brownsville on November 11th, 1939. She would eventually become known for two distinct reasons: as an icon in the music industry and, unfortunately, a symbol for victims of spousal abuse. A story most know very well as the tragedy of Ike and Tina Turner. In HBO’s new documentary, Tina, the famous singer retells her story to close all doors and say goodbye to her fans one last time. It’s a story that is both horrifying and breathtaking due to the high level of abuse Tina reveals in the documentary.

We are brought to Tina’s home in Zurich, Switzerland where she lives comfortably with her husband, Erwin Bach. As we sit down with her in her living room, Tina goes in-depth into what led her down this path that would eventually give her strength to finally leave her infamous husband. A key element of the documentary that is interesting is not the trauma she endured, but witnessed herself as a child.

Tina comes from a family that worked on a farm, but her family was anything but functional. In a way, this feels like a premonition of what’s to come in the future. As a child, Tina reveals that she witnessed her father abusing her mother to the point where her mother would leave them. Her father would soon leave Tina and the rest of the children too, and it was then Tina realized that they had to fend for themselves. Trauma is something Tina would come to know more when Ike comes into her life and the famous duo is born.

Intimate details are revealed such as the physical assaults sometimes by Ike’s hand or with the use of certain objects. The sexual assaults would happen periodically behind closed doors. Then there was the emotional abuse by making her feel that she deserved it and the constant reminders that she was nothing without him. For a short time, Tina really believed that was true because of the success that she attained with her husband.

During her time with Ike, Tina rose to heights that were seen as previously unattainable with such hits as “Proud Mary“, “It’s Gonna Work Out”, and “A Fool in Love”. Ike and Tina acquired wealth and lived a luxurious life together. Tina acknowledged for a brief time that Ike was a good husband in their early years, but the inevitable happened. People have their opinions about what it was that changed Ike, but Tina just accepted the fact that he was a sick man. The most emotional piece of this story is when she reveals how she regrets that her children saw what she went through.

To hear how she rebelled is where you can feel most of Tina’s energy — it’s the one piece of the documentary where she doesn’t seem visibly upset. Another inspirational moment is when Tina reveals why she wanted to keep her name. Money burns, brittles, and deteriorates over time. Cars break down and become obsolete sooner or later. A name, however, can last for generations if you can give people a reason to remember it. Ike couldn’t take that from her. It’s a liberating climax.

There’s great archive footage of Tina doing a variety of shows to get the money rolling in because she wasn’t making music at that point in her comeback. She was doing everything from various commercials to game shows and daytime talk shows. The film highlights the barriers she faced as she tried to strike out on her own, get her own group together, and make a living in music.

The footage that’s shown in the documentary is surprisingly clean considering how old the clips are. Kudos to everyone who was involved in remastering the footage. However, some fans may have a problem with this because the clips involving her famous music are too short to be sweet.

Tina is virtually all about what happened behind the music, so if you think this documentary is going to highlight her music career, then you might be disappointed. Tina mostly highlights that one question that people kept asking after the divorce, “Where’s Ike?” There’s one clip during an interview where Tina is caught off guard by the question. It’s almost as if Tina was still in the shadow of someone she’s been struggling to leave behind. Every time she’s asked about Ike or anything in her past, the documentary does a good job at showing Tina’s desire to get people to stop asking that question.

The documentary takes breaks periodically from the storytelling to show Tina’s facial expressions as she relives everything. The camera captures everything from the teary eyes to the momentary pauses. It’s here where the film excels at showing that even after all this time and the success she’s attained, it doesn’t remove the pain that comes from those memories. It’s that pain that motivated her to start making serious moves after she left Ike.

For a short time, the questions about Ike stopped and during that period, Tina would begin the foundation that would cement her legacy. After years of trying to leave a cold shadow behind and break the glass ceiling as a woman in the music industry, she would smash barriers with her famous 1984 classic, “What’s Love Got to Do with It?” A song that would be her breakout single and the title of her own feature film starring Angela Bassett and Lawrence Fishburne.

The film was adapted from the book I, Tina, an autobiography about Tina written by her and Kurt Loder. I like how the documentary shows the impact it had on people’s lives. Tina reveals how it relieved her to hear how the book saved people from similar situations she was in. It’s here you can see on Tina’s face that she felt a real accomplishment — she knew she was connecting with people in a personal way outside of her music.

It would become a worldwide bestseller, something that caught the eye of Ike Turner and convinced him to write his own autobiography, Takin’ Back My Name. A book where he comes off as trying to make excuses for his behavior. One part that raises eyebrows is in an interview with Ike that was aired back in the 90s, in which Ike claimed that Tina was the cause for all the abuse. It’s unclear what he meant by that because it was only a snippet, but Ike would move on and be inducted into several Hall of Fames before his health slowly started to fade. He passed away in December of 2007 at the age of 76, but Tina would still be asked these consistent questions about Ike and her past.

That’s what brought Tina to the conclusion to tell her story one last time, and this way we hear it from the legend herself. So is the documentary worth watching if you have HBO Max? Will it be worth your time to sit down for two hours and listen to a survivor of domestic abuse? The answer depends on who you are and how much you already know.

If you’re someone who has followed Tina throughout her life and was around when everything happened, then the answer might be no. If you’ve read her autobiography, listened to her music, watched her interviews, saw the movie based on her life, then this documentary will probably not tell you anything different, except for the excruciating detail of the abuse. If you’re someone like me who knows the music but not the history, then this will be informative.

We all know everything about her public life and people who don’t know can simply search for it on the web. However, you can’t feel it unless you hear it from the source, and that’s what the film provides. Hearing Tina retell her story reveals the singer is at peace now that she has done all she set out to do. For victims of abuse, the events described might be especially hard to hear, but potentially rewarding.

On the Center for Family Justice website, it states that a person in the United States is abused every nine seconds. On average, three women are killed by their partner each day and fifteen million children witness domestic violence each year. Many of the victims are women and most of the assaults are committed in the home and the attacker is someone the victim knows. The real heartbreaker is only a fraction of these victims come forward for various reasons. The story of Anna Mae Bullock can be a source of inspiration to these victims and we need to repeat it the same way people kept asking Tina, “Where’s Ike?”

If you’re a victim of domestic violence, then this film may inspire you to finally take your life back. Anna Mae Bullock did, and she created a life worth living for; we all deserve that.

Thank you for reading! What are your thoughts on Tina? Comment down below!