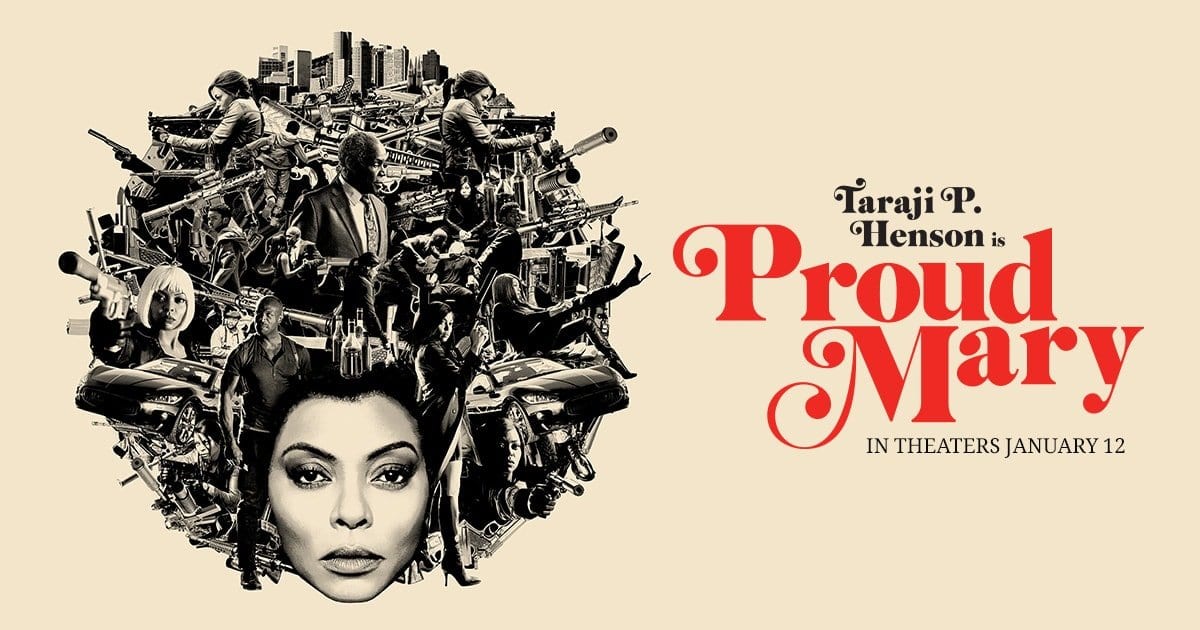 Every January offers a few new action films for moviegoers to see in theaters.  Most of them (if not all) have a low-budget and rely less on special effects and more on gun fights, and Proud Mary starring Taraji P. Henson is just the latest film to fall under those distinctions.  The following review will be spoiler free. 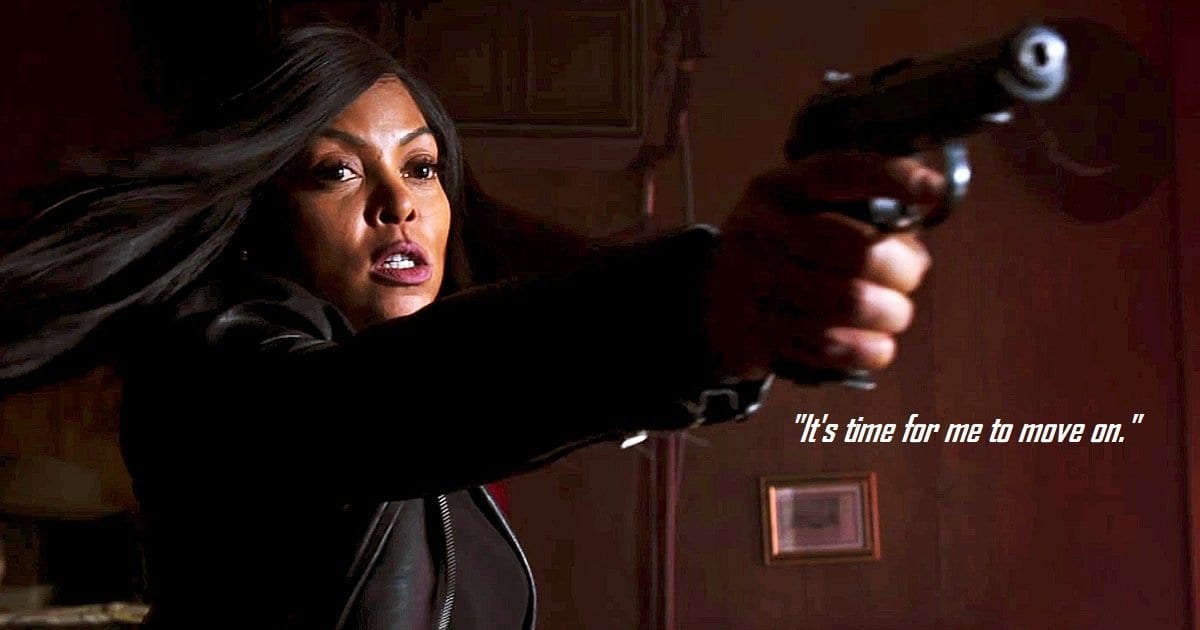 Mary (Henson) is a hit woman working for an organized crime family in Boston.  One day, she stumbles across an injured boy (Winston) that works for a rival family ran by Uncle (Berkeley).  Knowing that she affected the life of the boy some time ago, Mary takes him back to her apartment to treat his wounds.  But, she’s furious by Uncle’s treatment of the boy, killing him in a blind rage.

Naturally, this act of violence causes a riff between the two families.  However, Mary’s crime family is unaware that she carried out the hit, leading to tension and deception among the group as they handle attacks from the rival family.

After the initial release of the trailer for Proud Mary online, many quickly circled the release of the film on their calendar.  Cut to Tina Turner’s rendition of Proud Mary, the film seemed to boast solid style with a likable lead actress in Taraji P. Henson.

But, as we grew closer to the film’s release, people started to take note of the limited marketing material for the film.  The conversation grew a little more serious when some speculated that Sony and Screen Gems were burying it in fear that a film with a predominantly black cast would lead to less than quality box office returns.

The week of Proud Mary‘s release finally came, and critics were left wondering if they were going to get press screeners for the film.  Sadly, Screen Gems never answered those questions.  Even worse, Screen Gems pulled Thursday night showings of the film from theaters at the very last second, leaving audiences bewildered as well.

As reviews finally came in for Proud Mary from critics that went out and paid to see the movie on their own, it became clear that the scant marketing material was due to the studio’s perceived quality of the film as the reviews were less than kind.  Screen Gems was most likely weary of these overly negative reviews, afraid to pump more money into a film that wasn’t quality. Proud Mary is NOT a Blaxploitation Movie

Maybe it was a good idea for Sony to avoid overmarketing Proud Mary, because the film is anything but a call-back to blaxploitation films as the trailer suggests.  Aside from some colorful opening credits and the use of the Tina Turner song in one scene, Proud Mary is largely a mob movie that is grim and drab.

Misrepresenting a film in promotional material isn’t a problem on its own.  After all, it can still be a great movie that isn’t what you expected.  But, Proud Mary offers little personality and substance to get the viewer excited from any perspective.  Taraji P. Henson works to salvage the film in any way she can — adding hints of her signature sass, sporadically livening up the film.  Unfortunately, the movie around her never gets its footing, leaving Henson to stumble along with it.

Proud Mary is a largely lifeless endeavor, lacking the fun or the serious grit to ever come close to being described as “singular.”  As a result, you begin to gloss over as the film reaches its second act, imagining a better movie in your head that might contain some blaxploitation elements that were promised in the trailer.  Proud Mary in its current construction is rarely engaging, leaving you longing for another film with Taraji P. Henson as the star.  She’s too talented to waste. 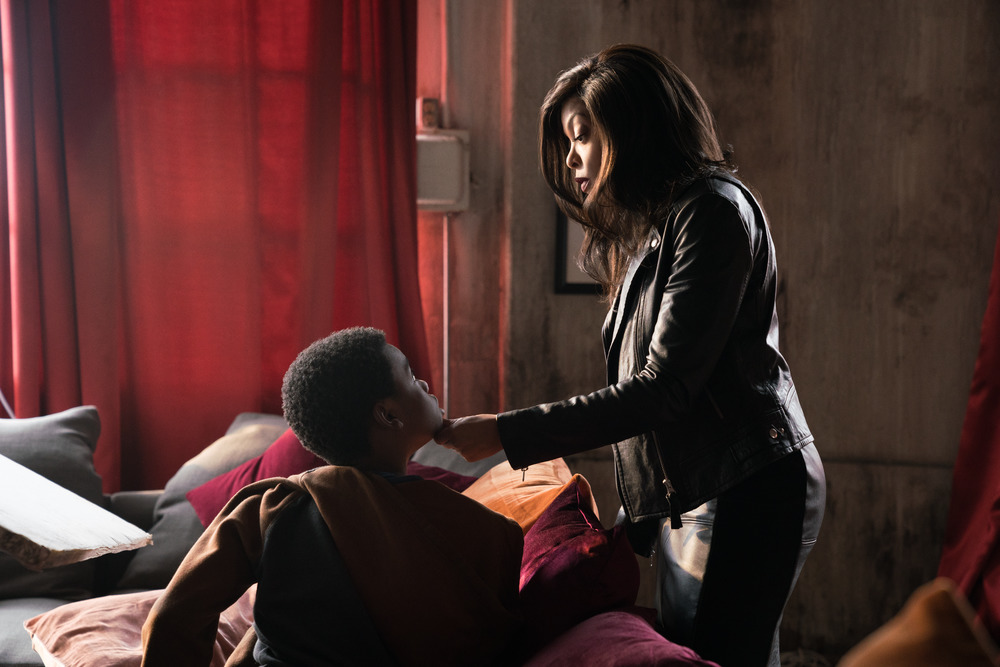 As for the story, Proud Mary suffers from the lack of proper motivation from its characters.  The film wants you to care for the mother-son relationship that grows between Mary and the boy.  But, the film lacks a deft touch, causing their relationship to grow from uneasy to loving in a matter of moments.  This relationship becomes the source for conflict in the film — but the relationship never reaches a believable level — leaving you mostly uninterested in whatever stakes the film attempts to create.

Believe it or not, Mary’s mismanaged actions lead to retaliation by the other mob members.  They have a good reason to fight Mary — they don’t act out of villainy, they’re merely trying to protect their lives and best interests.  But, Mary’s name is on the marquee, so everyone she battles is scum.  In actuality, there’s a case to make for characters (such as Billy Brown’s character) to deserve more empathy than Mary.  At the end of the day, she’s the troublemaker, making it difficult to ever get fully behind her character.

image via Shadow and Act

Proud Mary Adds Nothing New to the Genre

To drive the point home that your viewing of Proud Mary should be postponed until the film hits HBO in the coming months, its script is the same action movie you’ve seen time and time again.

The film’s run time sits at a lean 88 minutes.  But, when you’re subjected to scene after scene where characters lifelessly deliver mob-centric dialogue with poorly dubbed audio, the entire endeavor feels like an eternity.  90% of the dialogue could fit seamlessly into another movie without a problem.  By the fifth time a version of the phrase, “we have to make counter attack,” is uttered, you’ll have checked out entirely.  Proud Mary is just a dull film without a beating heart, moving through the motions with a serious hitch in its giddy-up.

The action (although regularly competent on some level) is rather sparse, devolving into Taraji P. Henson standing still while shooting her weapon when it eventually occurs.  There’s a glimmer of charm to Proud Mary when Tina Turner’s voice is cut over the action, but this feeling is quite fleeting, never taking root.

I kept hoping that Proud Mary would add a new wrinkle to the mob movie formula, but I left the theater without that desire ever coming to fruition.

Taraji P. Henson does her best to keep Proud Mary afloat, but the script quickly submerges her and the rest of the cast in a pool of generic dialogue, muddled motivations, and annoying characters.  Proud Mary is a typical January release, operating on a small budget with no new threads added to the organized crime genre.

It’s unfortunate that a film with an opportunity to boast a predominantly black cast is such a dud.  Sometimes, movies with good intentions are just swallowed whole by the pit of despair that is the month of January.

Thanks for reading!  What are your thoughts on Proud Mary?  Comment down below!

We’ve seen tons of movies with hit men and hit women, but a black hit woman not so much. It was an action pack and not many surprises, however, the fight scenes were executed well and Mary was a badass with a heart.

Sorry but I simply disagree, though you are correct about the representation angle of it all. I still find the movie to be a dud overall, however.

Im glad you enjoyed it!!

I have yet to see this, and due to peoples comments and yours about the movie, I will wait to see it. I knew the previews were confusing and never really explained the plot of the movie. I am a little disappointed for Taraji, her talent is endless and she deserved more than this.

Definitely wait until Netflix for this one! It’s not worth the price of admission

I largely agree with everything you stated in your review. I found it hard to care about Mary’s relationship with the boy, and it kind of just felt like Taraji was used to boost whatever audience the movie could have gotten on it’s own, if it was worth her time. Which I don’t necessarily feel it was.

Exactly! Just another generic action film that just so happens to have a a marketable star at its core. Oh well, that’s what happens when you go see a movie in January!

I was fairly excited for this when I first heard about it. Then I started seeing what others were saying about it and whatever enthusiasm I had is pretty much gone. It’s unfortunate this didn’t work. I’ll probably wait to see it when it’s streaming for free somewhere.

That’s definitely the smart thing to do! I was like you, hoping for the best. But, it’s really nothing more than a generic crime movie with nothing much going on.

Is Thanos the Best MCU Villain to Date?