‘Heartworn Highways’ Lets the Music Speak for Itself 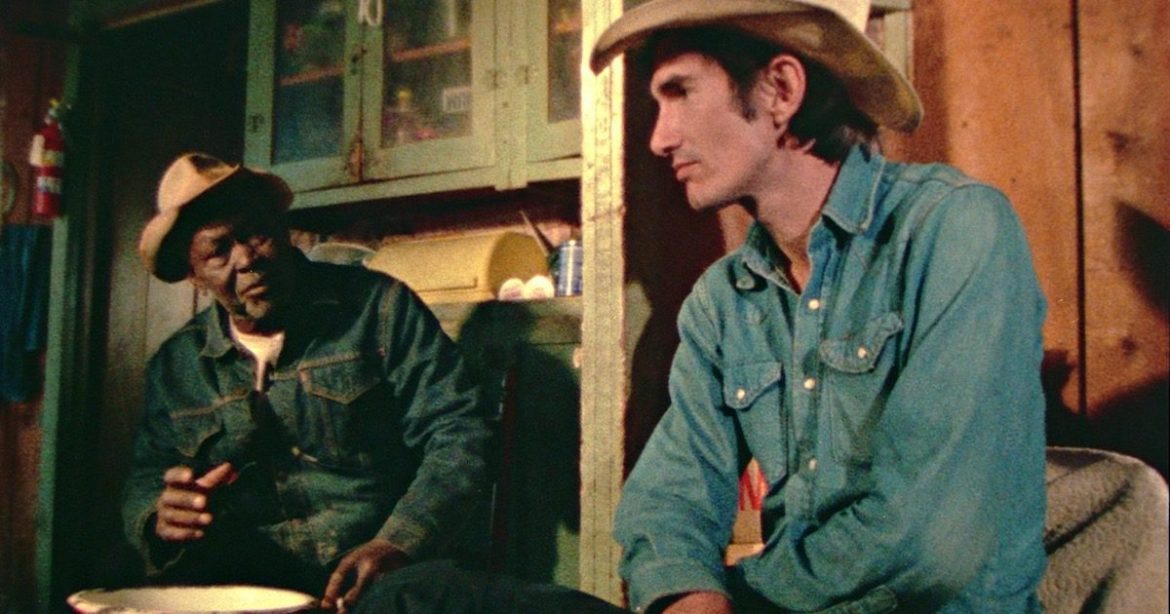 When you grow up in Belgium, you don’t often hear country music. In the seventies and the eighties, I did, however, become familiar with some of the biggest names in the genre. I remember Kenny Rogers, Dolly Parton, and Willy Nelson. And then there was “Achy Breaky Heart” from Billy Ray Cyrus. (I am not going to lie, I had a huge crush on him for a short time. The only excuse I have was that he was eye candy. And I was a tween. By the way, “Achy Breaky Heart” was his only hit in Belgium. In other words, the crush was very short-lived.)

Apart from being little exposed to country music, there was another problem. It just didn’t ‘click’ for teenage me. I have always been (and still am) attracted to the rhythm of the music. It was and still is important that I can dance to music. (Well, maybe not dancing, but rather moving my body to the rhythm. I seem to have some disconnection between my brain and my limbs.) I was into soul, funk, pop, and rock. But country music? Not so much.

When queuing up Heartworn Highways, I had my doubts at first. Being so unfamiliar with country, was I going to be bored to death? But then, I remembered something: when I wrote for a Belgian movie magazine, I was quite adventurous. I got acquainted with Icelandic and Turkish cinema. I saw the very first movie made in Bhutan. Maybe it was time to rekindle that sense of adventure again, and this could be the ideal opportunity to learn more about country music.

So, I started watching Heartworn Highways for its re-rerelease, and I was in for two surprises. First, there is no central narrator. It certainly is a different watching experience than The Reason I Jump or the emotional My Octopus Teacher. The consequence is that you also miss some background information. (More about that later.) Another disadvantage is that this documentary has a very loose structure. It took me some time to get used to that.

I also had expected to know more about the big names that I have mentioned in the beginning. But this documentary has nothing to do with mainstream country music. Heartworn Highways is devoted to outlaw country, which has roots in folk and bluegrass. For me, this was an introduction to a whole generation of musicians I had never heard of before: Guy Clark, Townes Van Zandt, Steve Earle, Larry Jon Wilson, and many more. In other words, this was an eye-opener for me.

What I really appreciated is that you get to know these singer-songwriters in different circumstances: during a recording in a studio; during a soundcheck or a concert; in their backyard; with friends; in a bar. You learn more about their lives, their personalities. More importantly, how they make their music. To document all this, director James Szalapski traveled through Tennesee and Texas.

I have already remarked that no narrator is providing background information. Instead, it’s the musicians themselves who do that. Listen carefully to their conversations. This is not just ordinary chitchat. And guess what? For the first time in my life, I paid less attention to the rhythm of the music, but to the lyrics. When you focus on what they say and sing, you learn something valuable. These rebels live hard and party hard. It’s about spending a lot of time on the road. Driving their own tour bus. Leading an irregular life. And drinking whiskey. Lots of whiskey.

While watching, I couldn’t help but be reminded of Ma Rainey’s Black Bottom. Viola Davis’ Ma Rainey is considered a diva because she thinks highly about herself. She is a stubborn woman, who wants her music to be recorded the way she wants it. And that’s because the blues reflects the way Black people experience life. You can easily say the same about these rebels; their music represents their lives.

There are moments in this documentary that really touched me. Peggy Brooks’s love song (it’s too bad she doesn’t have the chance to talk about her life); Seymour Washington getting tears in his eyes when Townes Van Zandt sings him a song; David Allan Coe offering a concert in the Tenessee State Prison and admitting he has been an inmate himself; last but not least, a whole group of musicians singing a country version of “Silent Night”. Once again, accompanied by a lot of whiskey.

Heartworn Highways is an adventurous introduction into another time, another culture, and a music genre I was completely unaware of. Maybe I will never become a diehard fan of country. (Now that I live in Spain, I only hear local and Latino music on the radio.) But, I bet I will look up some names like Townes Van Zandt and Steve Earle on YouTube and Spotify regularly, hoping I have that same warm feeling I had while watching this documentary.

Thanks for reading! What are your thoughts on Heartworn Highways? Comment down below!