‘Army of the Dead’: A (Mostly) Earned Victory Shamble for Zack Snyder 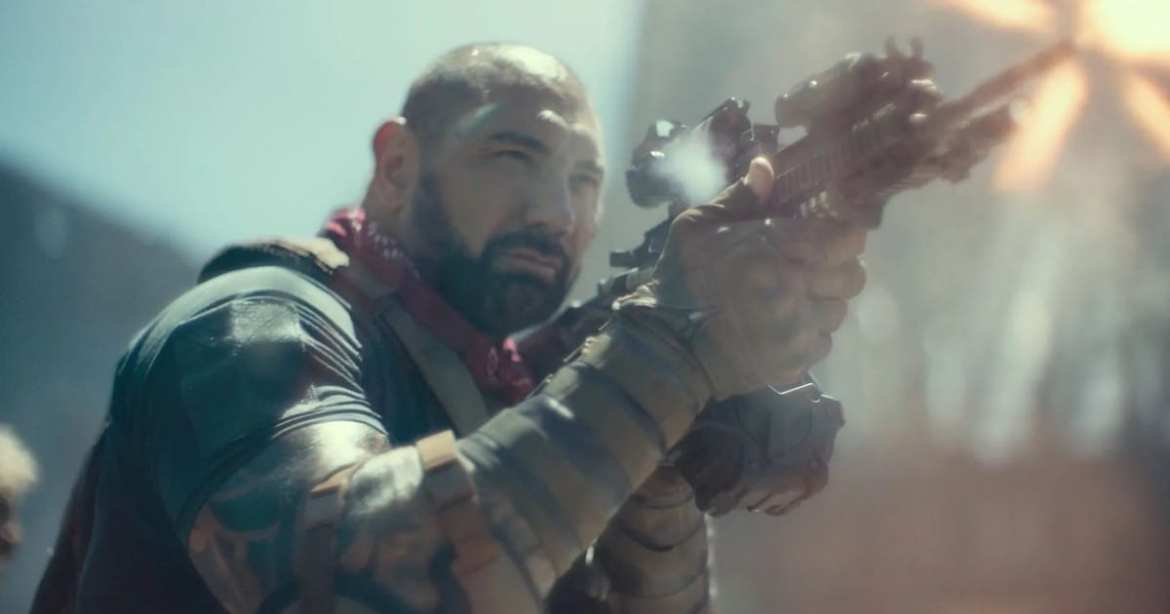 It’s safe to say that no American filmmaker working today is quite as polarizing as Zack Snyder. Detractors renounce the Watchmen, 300, Man of Steel et al. director as the hack creator of one dour, bloated action epic after another. His fans either adore him unreservedly or appreciate his films as the work of a cynical vulgar auteur with an unflappable so-uncool-it’s-actually-cool aesthetic. Some claim he’s perversely patriotic; others argue he unearths the twisted, destructive core of American patriotism.

Love or hate the guy, Snyder is undeniably a visionary artist. When he has an idea, he follows it through to its logical extreme, no matter how ugly, garish, or expensive the end result may be. Which might explain why his latest opus, Army of the Dead, is a bit disappointing. Snyder claims the film — released on the heels of his long-awaited (and demanded) director’s cut of 2017’s Justice League — is fully his uncompromised vision. So why does this zombie thriller, after all its time in development hell, frequently feel so unfinished and (sorry) disjointed?

“If you screw me — two between the eyes.”

Our story begins on the outskirts of an alternate-reality Las Vegas. When the U.S. military accidentally frees an infected human, a massive zombie plague ravages Sin City. In a delightfully goofy (and gory) opening credits sequence, we observe the effort to combat the flesh-eaters. Before the government quarantines Vegas, a handful of mercenary zombie killers gain some fame for their efforts — most notable among them Scott Ward (Dave Bautista).

Not long after the quarantine goes into effect, Ward receives a job offer from casino mogul Bly Tanaka (Hiroyuki Sanada). The mission: Retrieve $200 million from a vault in one of Tanaka’s Vegas properties, the Olympus, and get out before the military’s planned nuclear attack on the city. Lured by the promise of a huge cash reward and another shot at life, Ward enlists the aid of former teammates Maria Cruz (Ana de la Reguera) and Vanderohe (Omari Hardwick), as well as a handful of eager newcomers (more about them later). Also tagging along for the ride is Ward’s estranged daughter Kate (Ella Purnell), a quarantine volunteer who hopes to rescue a friend trapped in the city.

Army of the Dead is unique in that it’s technically the first non-IP project with Snyder’s name on it since 2011’s demented trash-fantasy Sucker Punch. (Even that’s a shaky claim, though, as it seems to be a spiritual sequel of sorts to his feature debut — the 2004 remake of George A. Romero’s Dawn of the Dead.) It’s been in development since 2007, but budget issues frequently derailed the production. In the press, Snyder has called Army a “full-blown, balls-to-the-wall zombie heist movie” and described it as “incredibly singular and personal.” Regrettably, the final results fall short on both of these fronts.

In an unprecedented move, Snyder serves as his own director of photography here, taking the helm from longtime collaborator Larry Fong. This turns out to be a mixed blessing, as the cinematography here isn’t much better than your standard Marvel joint. Huge stretches of the film suffer from abysmal lighting, rendering almost every scene not shot in broad outdoor daylight nearly incomprehensible. Still, when you can tell what’s going on, it rules. The special effects and sound departments deserve props for the cold blue-grey sheen of the zombies, the intensity of their blood-curdling roars, and the supreme gnarliness of the kills.

However, that can’t quite rescue the actual story from the clunky dialogue as penned by Snyder (with co-writers Shay Hatten and Joby Harold). The self-conscious quips weigh down the narrative, making the film’s 150 (!) minutes often feel like an eternity. The filmmakers also make many a fumbling play for emotional resonance between Scott and Kate — the latter of which seems understandably peeved about the former having killed her mother after she “turned.” Bautista, as charming and sporting a performer as he may be, simply doesn’t have the charisma or pathos to lead a project like this.

“Everything we did…look what it got us.”

Nonetheless, Army of the Dead is not without merit as a political text; Snyder’s work always carries a certain level of poignant (of not exactly subtle) social commentary to it, and this is no exception. For starters, of course, there’s the relatively straightforward parallel between the rapid spread of the zombie crisis and the recent COVID-19 pandemic (be prepared to cringe at each of the many uses of the term “quarantine”).

The aftermath of the initial zombie wars for Ward and his cronies is laden with anti-capitalist/democratic imagery and allusions to American neglect of Vietnam vets. The mercenaries fight and kill for their country, earn Medals of Freedom…and then are whisked away to lives of drudgery, working dead-end jobs at burger joints and gas stations. Thus we witness the backward promise of the American dream: just because you risk your life to protect that dream doesn’t mean you’re guaranteed a share in the fruits of your labor.

To take the metaphor further: only a capitalist society could make its average Joes desperate enough to go on a suicide mission for a deranged gazillionaire (insert the Fortune 500 CEO of your choice here). Finally, a news anchor flatly quotes the President, who describes his plan to nuke Vegas on July 4th as “one hell of a fireworks show” and “pretty much the coolest thing I can think of.”

That’s all well and good, sure. But considering all the film’s underdeveloped elements, it almost feels as if the whole thing was rushed into post-production just for relevancy’s sake (ironic, considering the sheer length of Army of the Dead’s gestation). Which is how you get a cameo from former Trump cabinet member (ex-Press Sec Sean Spicer) as a conservative pundit defending the upcoming strike on Vegas (“We tested nuclear weapons in the Nevada Desert — this is no different!”)

“She talks too much.”

A mostly game supporting cast turns out to be Army of the Dead’s saving grace. True, there’s little real camaraderie among the group, since none of them get much of an arc — making this seem all the more like a pale imitation of the Alien franchise.

But there’s plenty of bright spots. Austro-French actress Nora Arnezeder is pitch-perfect as Lilly (“The Coyote”), a tough-as-nails smuggler who serves as the heist squad’s guide through what remains of Vegas; she can deliver an icy expletive with the best of them. And Matthias Schweighöfer’s manic safecracker Dieter steals every scene he’s in, particularly as a foil to Hardwick’s hyper-macho Vanderohe. (Schweighöfer is already slated to direct a forthcoming prequel centered on his character — ah, capitalism!)

And then there’s Tig Notaro as pilot Marianne Peters. The deadpan comic genius’ last-minute insertion as a replacement for ousted cast member Chris D’Elia is the best thing that could’ve happened to this movie. She’s a quiet revelation here — green screens and CGI notwithstanding, she feels more present than any of the on-set cast. (All of whom, by the way, would kill for the chemistry she has with a broken-down helicopter.) Some of the most entertaining passages in Army of the Dead are simple character moments for the three aforementioned players — if anyone involved here deserves to be a movie star, it’s them.

Army of the Dead is not original, nor does it pretend to be. Even at its best, it feels like diet Snyder. And there’s no reason in hell for it to be two-and-a-half hours long. Nevertheless, it feels genuinely big and impressive in a way straight-to-Netflix “blockbusters” seldom do, and those willing to parse through the less appetizing bits will find that its disparate elements ultimately cohere into a fun, scrappy, mindless good time. There’s a human heart beating under all that rotting flesh.

Thank you for reading! What are your thoughts on Army of the Dead? Comment down below!

Yes! Too much dialogue, too long for a zombie flick, bad writing. The special effects and makeup work are the only things that are worth watching.

There’s a really great 100 minute long movie in there somewhere.