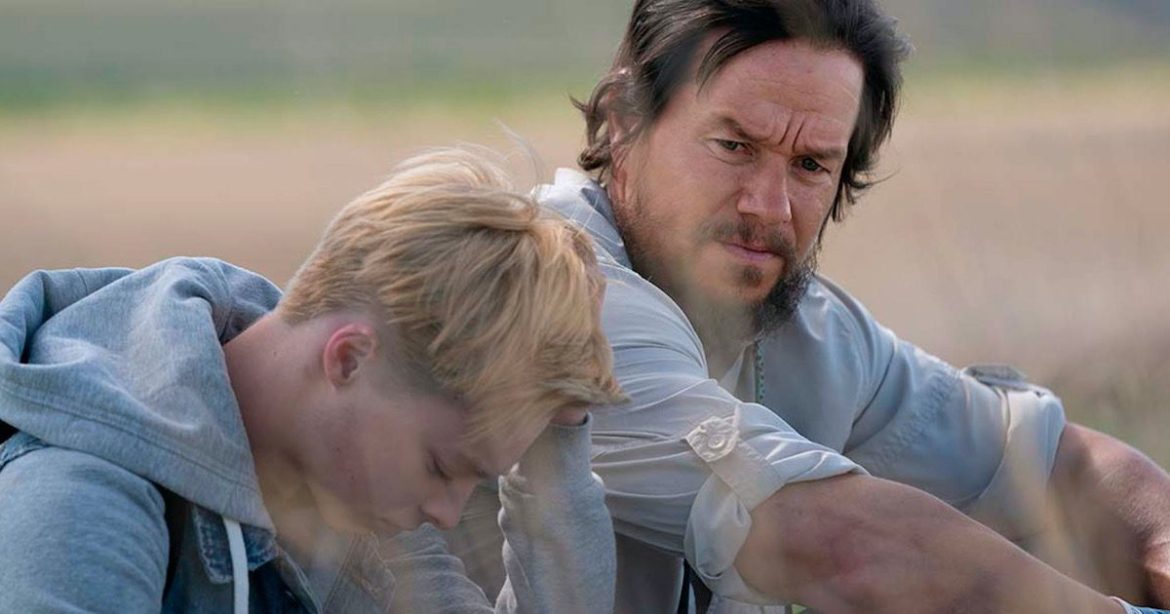 Some of Mark Wahlberg’s most fascinating films have found him in strange roles. In every one of them, however, he always manages to make his character into some overly macho badass who never grows as a person by the end of the film. He never expresses vulnerability, and that’s his biggest flaw. This isn’t always a bad thing; in The Departed (arguably his best film), because he was working with Martin Scorsese who made his type of character blend into the story he was telling, it worked wonders. Still though, aside from a few exceptions, the majority of his films see him fall victim to his stagnant acting style.

Joe Bell is no different. He turns what could’ve been a grounded, down-to-earth character into something much worse. Whether it was Wahlberg’s choice or not, the character of Joe, who should be the most sympathetic out of everyone in the film, becomes an unlikable, mean jerk who never gets a real redemption outside of some small character interactions. This is even worse in context since the real-life Joe Bell did a lot of good in response to what happened to his son, Jadin. He helped to launch Faces for Change, an organization that helps kids who are victims of bullying. None of this is the focus of Joe Bell. Instead, we’re given scene after scene of Joe walking and being mean to his family at every turn.

But what is the story? Well, to explain what goes down in this film is an odd task. Each act has its own style that always seems to butt heads with the others, never working in unison. The first act starts with Joe and his son Jadin as they make their way to New York. An overused plot device is used here in an attempt to give Joe some character development. This plot device (which would spoil the film’s attempt at tearjerking moments later on if explained) is nearly absent during the second act, giving the overall story structure a disjointed feel. The second act begins right after what’s easily the best scene of the film, and this is where Joe meets up with his wife and his son. His poor characterization is most notable here as he gets mad at everyone for absolutely no reason. It’s also in the second act where much of Jadin’s life starts to reveal itself and it’s painfully sad to think about how much of a better film this would’ve been if it was Jadin Bell instead of Joe Bell.

Finally, there’s the third act. The plot device comes back, but it’s used improperly. In theory, it’s supposed to act as a way for Joe to reflect on his life, but it’s more so used in the same way that any secondary character would have been utilized rather than the metaphor it’s going for.

Looking into that actual plot of the film, there’s nothing too special or outstanding about it. The aforementioned scenes of Jadin’s life could have easily carried this film. The meandering nature that most of the film displays doesn’t have the drive it needs to bring out an interesting story. Joe just wanders around aimlessly, not growing as a person until the very end where it doesn’t even matter. There’s no visible payoff to his actions outside of random people recognizing him, and even that’s a stretch.

The presentation is lacking in many ways. There’s overly melodramatic music that constantly plays throughout the film. It’s used to mainly increase the emotional investment that the viewer has with the film, but it comes across more so as obnoxious just in how many times the same type of music is used over and over again. Some of the wide, establishing shots look pretty good, and there’s one party scene that has some solid usage of color. As for the acting, Mark Wahlberg does a mediocre job at portraying the character of Joe Bell. Reid Miller as Jadin Bell, on the other hand, doesn’t do a bad job at all. Unlike Wahlberg, Miller’s character is actually likable and is easily the most nuanced character. He can be a bit annoying at points, but that mostly has to do with the weird dynamic that he and Joe have with each other.

If I were to describe this film in one word, it would be miscalculated. Telling the story of Jadin Bell through the unfortunate aftermath which only affects Joe is an odd choice, to say the least. The out-of-order storytelling method does nothing but add more confusion to a relatively simple, but necessary story.

Thank you for reading! What are your thoughts on Joe Bell? Comment down below!