Herzog and Oppenheimer’s ‘Fireball: Visitors From Darker Worlds’ Finds the Link Between Science and Spirituality 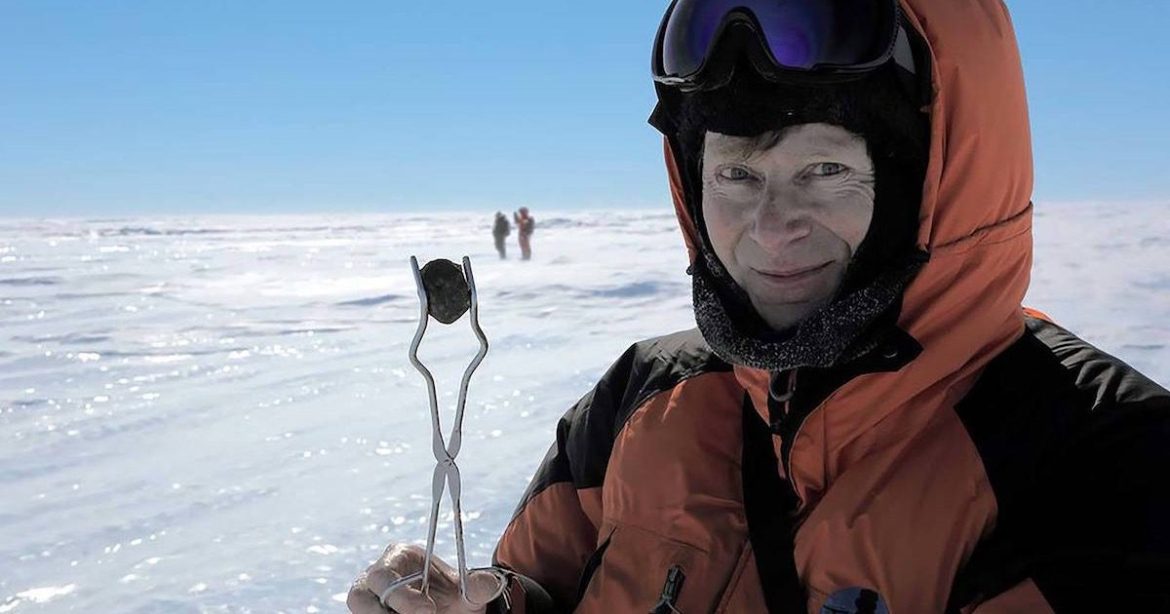 When looking at Werner Herzog’s filmography, it’s clear he’s made pretty much every type of film out there. He’s done historical epics, horror remakes, and even a Nicolas Cage crime drama. Recently, with the success of Grizzly Man, he’s taken to documentaries. For his newest film, Fireball: Visitors From Darker Worlds, Herzog teamed up with Clive Oppenheimer, a professor of volcanology at the University of Cambridge. He also worked with Oppenheimer on Encounters at the End of the World and Into the Inferno. Together, with the help of many interviewees, Herzog and Oppenheimer created a beautiful documentary, combining both science and spirituality.

The beginning of Herzog and Oppenheimer’s journey starts in Mecca, Saudi Arabia where we first see the significance of meteors and how they can greatly affect other cultures. They visit nearly every continent, ranging from Ramgarh Crater of Rajasthan, India to the vast sheets of Antarctica’s ice where bits and pieces of space-rock lie. At the very end of the film, we’re taken to an island called Mer, which has a population of four-hundred-fifty people. It’s a perfect end to the vast voyage that we’re taken on. Aside from how stunning the visuals are, this last scene encompasses everything that these filmmakers went out to accomplish. It doesn’t show off how many people are worshiping in one area or how far technology has come. Instead, it puts on display how even in the smallest parts of the world, these pieces of space still affect culture. It shows how much value the human race puts on space, and how we will always be fascinated by the foundation of our universe.

The way these filmmakers pace out the information is a constant point of interest. Clive Oppenheimer and the interviewees in front of the camera with Werner Herzog behind creates a fun dynamic between the subjects and directors. Herzog adds a form of commentary, breaking up some of the monotony that the film sometimes falls into. There’s even one time where he interrupts one of the interviewees and the scene alone shows how much character would’ve been stripped away if he hadn’t been apart of this film.

Tying the information together is Herzog’s narration. I can’t put my finger on why I like it so much — it just works. Usually, the narration is pointless to the story at hand by contradicting the “show don’t tell” rule. In this film; however, it’s obvious how much interest Herzog has with asteroids and meteors. Everyone, for whatever reason, has a deep understanding or love of what’s out in the universe.

What solidified how much I liked this film is how well it’s presented. The presentation alone gives Herzog’s narration a cinematic lens through which he can talk through. The music and aerial shots in particular are very inspired and stylistic. They show an epic scale of how much of the world is affected by meteors and asteroids. The score gives off an alien feel to the atmosphere which is perfect for the subject matter that Herzog and Oppenheimer are tackling. Cinematographer Peter Zeitlinger, who has previously worked with Herzog on a few occasions, nailed how to showcase the beauty of planet Earth.

What Fireball: Visitors From Darker Worlds suffers from the most is in its exploration of science. Herzog’s narration just couldn’t save the parts of the film set in a laboratory. While they may not take up much of the film’s runtime, these scenes drag on a lot and falter the momentum of the pacing. It’s clear how much interest these scientists have in space, but the poor presentation and lack of style didn’t get that across. These interviews feel cold and empty; devoid of personality. The aforementioned scene where Herzog interrupts one of the interviewees was the only enjoyment I got from them.

But what could’ve been better? Well, quite a few things actually. For one, while the dynamic of the filmmakers and interviewees is very interesting, some small changes would make it much better. If Herzog had some scenes where he’s in front of the camera and Oppenheimer provided commentary, it could have an extra perspective on what the interviewees are talking about. Also, the scenes indoors are unnecessary and should be way shorter. There should’ve been a stronger focus on the relationship that science has with spirituality. There is to a certain extent, but it doesn’t fully come to fruition. I obviously can’t tell how the movie’s quality would fair if these changes were made, but I think it’s safe to say that it would benefit from them.

Still, in the documentary landscape today, Herzog is a voice to be heard. He injects a level of personality and passion rarely seen in nature documentaries. His newest film offers a new perspective on humanity’s constant search for meaning in this universe. It’s a surreal experience I hope I never forget. Sure, parts of the film bogged down my overall enjoyment, but Fireball: Visitors From Darker World still manages to push the barrier a nature documentary can achieve.

Thank you for reading! What are your thoughts on Fireball: Visitors From Darker Worlds? Comment down below!