‘Vivo’ Is a Sweet but Ultimately Forgettable Animated Caper

In a lot of ways, 'Vivo' is a fairly standard animated adventure, but it still manages to entertain. 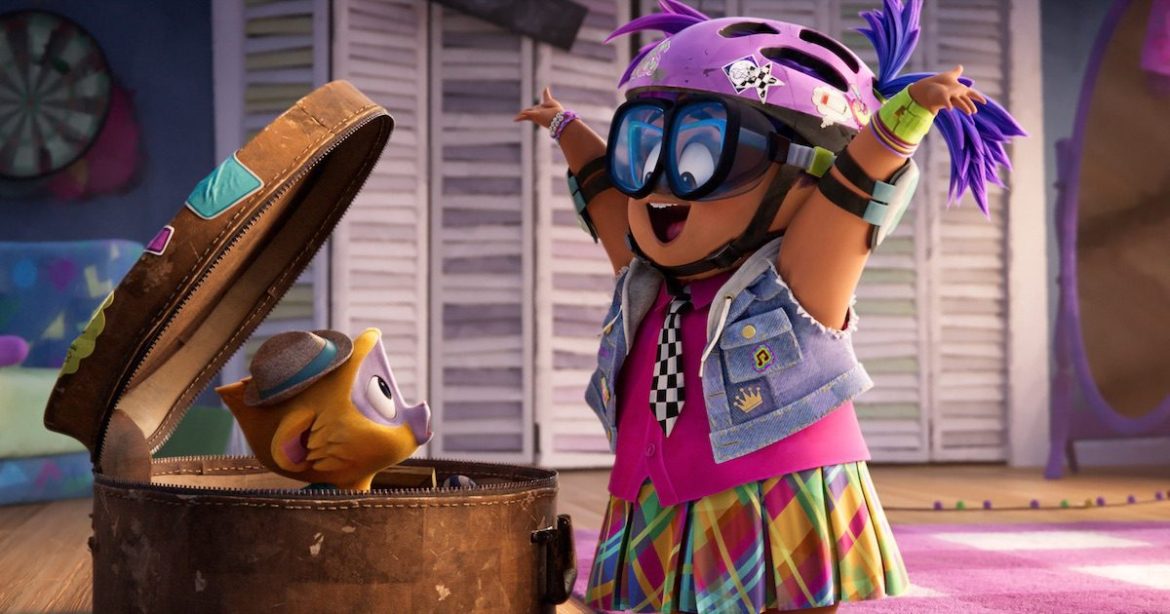 Lin-Manuel Miranda can write an earworm for the ages, as anyone who has had the Hamilton soundtrack lodged in their head for weeks, can attest to. In Vivo, music and in particular, the musical culture of Cuba is central to the story, and the film features a plethora of songs penned and performed by Miranda. While his tunes in Sony’s first animated musical aren’t the instant crowd-pleasers of his In the Heights or Hamilton track-lists, there’s still one or two standout songs that will worm their way into your subconscious and stay there. However, comparisons to ground-breaking, musically-focused films like Coco are hard to avoid and unfortunately, Vivo doesn’t have quite the emotional pull or awe-inducing visuals that audiences have come to expect from their animation.

Vivo (Lin-Manuel Miranda) is a busking kinkajou who performs on the streets of Cuba with his best friend and adoptee Andrés (Marcos González). When a heartbreaking turn of events occurs, Vivo decides to embark on a journey to Miami, to deliver a song Andrés had written for a long-lost love, Marta Sandoval (Gloria Estefan). Since she and Andrés were performing together many years ago, her star has ascended and she’s now a global superstar. However, the clock is ticking for Vivo to get to Marta in time for her farewell concert in the sunshine state.

He’s helped along the way by a range of colorful, and to varying degrees charming, characters. These include Andrés’s overbearingly friendly niece Gabi (Ynairaly Simo) and Dancarino (Brian Tyree Henry), a lovesick, everglade-dwelling Spoonbill. There are also a few antagonists thrown into the mix, including overbearing eco-warrior Becky (Katei Lowes) and Lutador (Michael Rooker), a Kaa-Esque anaconda. Gabi is the undeniable star of the film and the scenes where she and Vivo riff off each other are some of the strongest. A lot of the other characters have a ‘talking animal film 101’ to their construction and go through formulaic arcs that struggle to make an impact. Either through lack of screen time or simply not being given enough to do with the time they have, there isn’t really anyone apart from Gabi that makes an impression.

As the central duo, Vivo and Gabi have a fairly standard odd-couple dynamic. He’s uptight and happy in a self-contained and small world. She’s a free spirit who doesn’t care if the music she makes is terrible as long as she has fun in the process. While this should feel tried and tested, their dynamic is one of the most refreshing parts of the film. That’s partly down to the unusual friendship between a rapping kinkajou and a pre-teen with purple hair but also attests to the chemistry between the two voice actors.

For a relatively short film (coming in at around the 90-minute mark) there are chunks of the beginning and end that feel baggy and unfocused. The central mission Vivo assigns himself feels contrived, and as a result, there always seems like there is very little at stake. Although the action picks up when Vivo arrives in Miami and his adventures with Gabi commence, there’s nothing here that feels like it hasn’t been better executed many times over. There is no memorable antagonist to fear or high stakes end goal, which makes the action sections of the film feel slightly stilted.

Do the Tunes Deliver?

In terms of the musical numbers, there’s no doubting the passion they are infused with, and care is given in showing how music is conceived, constructed, and delivered. Each song is given a distinct animation style, veering from a bombastic, color-explosion to accompany Gabi’s ‘this is me’ theme “My Own Drum” to a 2-D vintage style animation to accompany a tune about past love and loss. However, some of the songs are fairly forgettable and this, unfortunately, includes the musical MacGuffin of the piece that Vivo is tasked with delivering.

One of the film’s central performances from newcomer Ynairaly Simo has a wonderful balance of enthusiasm that’s never grating and a sincerity that carries the film’s weightier scenes. Her relationship with her mother, voiced by Zoe Saldana, is one of the film’s highlights. The exploration of their shortcomings in communicating with each other and learning to value each other’s needs is handled maturely for the film’s young target audience. This feels firmly like a children’s film, and while there isn’t the multi-generational humor that animation often does so well (see the Sony-animated The Mitchells vs. the Machines for a masterclass in this), there’s enough visual styling to keep everyone, irrespective of age, entertained.

While the animation, story, and characters will remind you of films you’ve likely seen multiple times over, you could do a lot worse than spending an afternoon in Vivo and his friend’s company.

Thank you for reading! What are your thoughts on Vivo? Comment down below!

Cloudy with a Chance of Pods