Rob Jabbaz's pandemic gorefest hopes to push the envelope in every way possible. 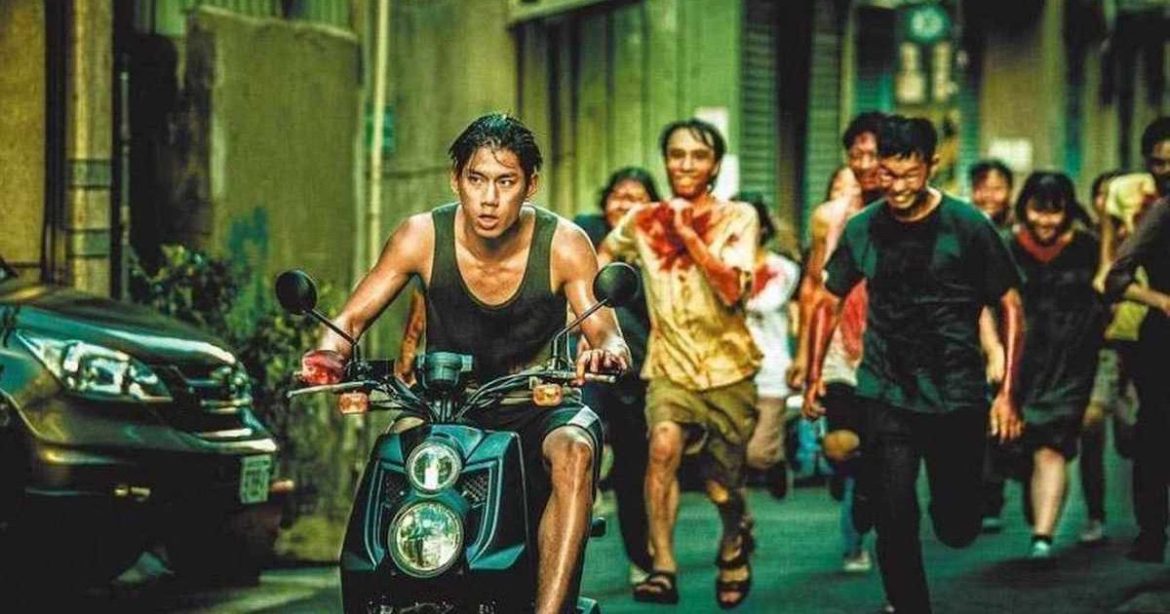 Almost every conceivable trigger warning is in effect for Rob Jabbaz’s pandemic horror movie, The Sadness. Saying the film isn’t afraid to “go there” is probably the biggest understatement of Fantasia 2021 — it’s undoubtedly the goriest, most extreme response to COVID-19 in film yet.

It begins in just about the most serene way possible — a loving couple waking up together in bed with the soft morning light coming through the window — which makes the initial descent into madness thereafter fairly effective. Jim (Berant Zhu) gets out of bed to grab a bite to eat when he clicks on a YouTube video of a scientist warning to not politicize the virus, with the host rebuking him that there have been no virus-related deaths recorded as of yet, and that its symptoms are no worse than the flu. Of course, Jim doesn’t think much of it, going about his morning as usual by taking his girlfriend Kat (Regina) to work and grabbing a coffee at a local café.

Instantaneously, the virus mutates, an infected woman dumps hot oil on the café cook and violently stabs multiple patrons, and the insane levels of gore are here to stay. However, calling The Sadness a zombie film is a slight misnomer — each infected person retains their memories and ability to speak, the virus simply removes all self-control. They tear off people’s limbs and bathe in the resulting buckets of blood because they have an irresistible urge to do so. And they laugh hysterically in your face as they carry it out.

Apart from the initial idea that all of this could have easily been avoided, The Sadness isn’t really interested in exploring its political and social undertones. It’s all about the shock value. Whatever sparse narrative threads it has quickly recede to the background for more grotesque killings and sexual violence. The Sadness is begging for you to look away, or for a critic like me to write a nasty negative review — it would treat either as a badge of honor. I, however, greeted all the splattered guts with a shrug. The gore may be hard to stomach at points, but the film is less transgressive and more so juvenile in how it approaches it all. Jim and Kat, our entry points into this world of immense suffering, are far too nondescript for their journeys to feel of much consequence. When it becomes obvious that all this film wants to do is outdo the previous violent setpiece, it’s hard to muster much of a reaction to anything it throws your way.

For more information on The Sadness and other films playing at the Fantasia Film Festival, check out their website.

Thank you for reading! What are your thoughts on The Sadness? Comment down below!