‘Mark of the Devil’: When Gore Can’t Save a Horror Movie 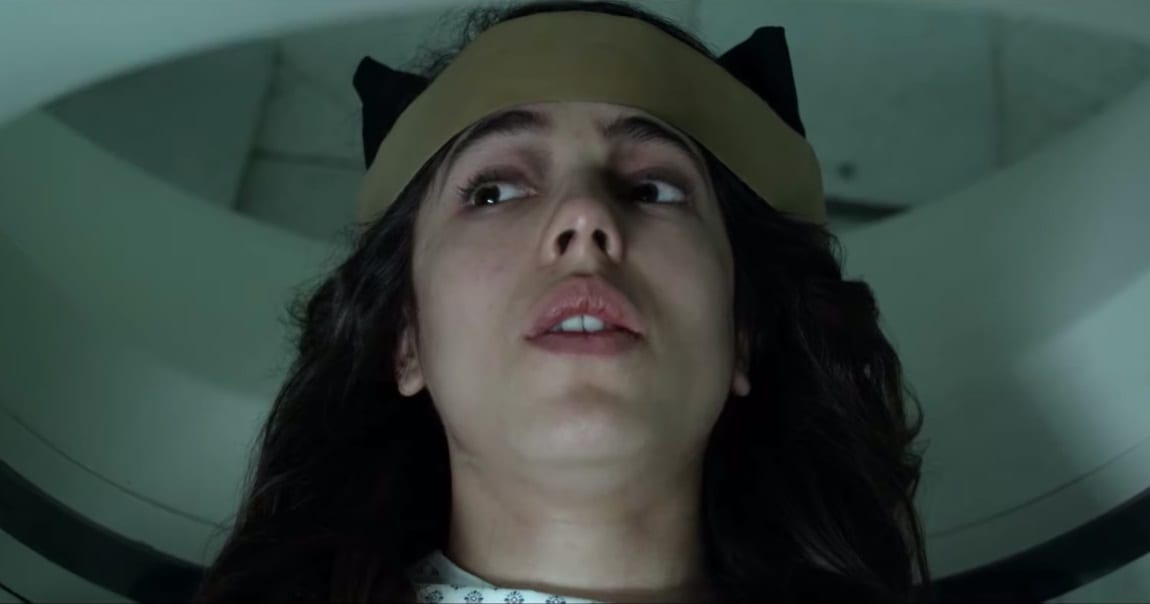 A couple of months ago, I decided to watch Romina (2017) by Diego Cohen on Netflix. I like a nice horror movie, and I was unfamiliar with the director and with Mexican horror for that matter, so I was, to say the least, very curious. Anyway, my recommendation? Don’t watch it! Cohen tried to make a cross between Friday the 13th and I Spit on Your Grave and doesn’t succeed at all. He juggles with ingredients that are a bit too familiar, such as a group of young people camping near a lake, some sexual violence, an outcast girl, a creepy guy … Anyway, you catch my drift. The movie is actually so full of clichés and stereotypes that it all becomes very, very boring.

But I tend to be open-minded. So, when I noticed that Mark of The Devil was released on Netflix, I decided to give Diego Cohen a second chance. After all, Romina had received a lot of bad criticism from many more people than just yours truly, so perhaps there was a possibility he had learned his lesson.

With Mark of the Devil, Cohen now tackles the subject of demonic possession — obviously! And you can’t make a bad movie about such a scary and interesting theme, can you? (Well, maybe I’m being a tad too optimistic.)

To be honest, the opening scene looked very promising and it immediately caught my attention. A priest tries to exorcise a young boy, suffering from severe demonic possession. Unfortunately, the boy dies… We can see a close-up of his blood dripping on a book called the Necronomicon. Afterward, the priest dumps the boy’s body in a ravine. Not a bad start. Unfortunately, this is actually the best scene in the whole movie.

Let’s have a look at the rest of the plot first. We find ourselves 30 years later in time. The Necronomicon is now in hands of a philology professor, who, for unclear reasons, takes it home. There, one of her teenage daughters starts playing around with it and unleashes all hell. She becomes possessed and her desperate parents and sister need to seek help. But will their priest, who is a drug addict and his friend, who is possessed and seems to have strange powers, be strong enough to defeat the forces of evil?

Cohen makes the same mistake here as he did with Romina. He seeks inspiration elsewhere and tries to make an interesting mix. This time he is clearly influenced by Evil Dead (the Necronomicon), The Exorcist (surprise, surprise) and El Dia de la Bestia (one of the best Spanish horror movies ever made, but that is just my humble opinion). Let’s face it, each off these movies has become a classic, yet Mark of the Devil fails to follow in their footsteps. The reason? The screenplay is so full of clichés and stereotypes from those movies that it becomes predictable and boring. You can’t help but think: I have seen this all before… In other words: it’s not because you borrow interesting themes and/or subjects from great productions that you will automatically end up with a thrilling movie. A movie still needs a strong screenplay. The former movie that I reviewed here, The Decline, had the same problem.

Then there is the bad acting. Even an actor like Eduardo Noriega (Thesis, Abre Los Ojos) cannot save this film. Maybe it’s because we have to wait 30 minutes before he appears in Mark of the Devil and afterward we see him only in a handful of scenes where he doesn’t have much to do. The rest of the cast seems to be completely lost in this movie, but what can they do with such badly written dialogue?

Granted, there is a lot of gore in Mark of the Devil. If you have no idea what a demonic possession looks like, then, by all means, watch this movie! There is a bit of everything here: convulsions, speaking in tongues, cannibalism, levitation, crucifixion, vomiting, etc. But again: all so cliché… And gore alone does not guarantee a good horror movie. Again, the screenplay is to blame.

And where is the tension, the creepy atmosphere? A nice soundtrack would have helped, but this one is quite uninspired. Moreover, for a horror movie, Mark of the Devil doesn’t have a lot of good, tense jump scares. And let’s face it: that’s one of the reasons why we watch these movies. You want to be scared. Frustratingly, this is the second time that Diego Cohen fails to impress me. Maybe I should have a look at his earlier works, which seem to have received better criticism.

Another question that arises: why does Netflix regularly select such bad movies? Granted, there are some gems in their horror catalog, like The Platform, which has become one of my favorite movies of the year so far. But Romina? Mark of the Devil? I can hardly say that these are good movies. Then again, every category on Netflix has a mixture of really good and really bad movies. And Amazon Prime suffers from the same disease. A concerned movie fan asks: when will it end?

Thanks for reading! What are your thoughts on Mark of the Devil? Comment down below!

[…] sets, especially in the third act which becomes an overwhelming sensory experience. He creates some ghastly horror images, some of which I don’t think I’ve ever seen in a movie before. In many ways, Baruchel […]

[…] for another review! This time I wrote an article about a Mexican horror movie. Check it out here on […]

‘Halloween Kills’: More of the Night He Came...