Mickey Reece offers up another addition to the 'nun horror' subgenre. 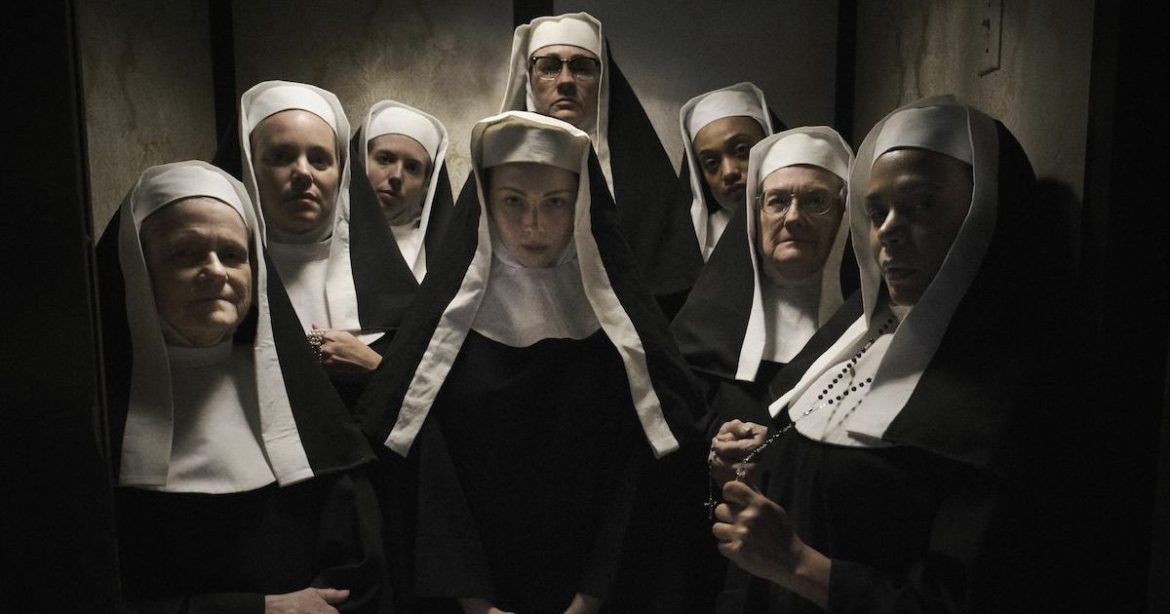 Agnes slides neatly into the subgenre of ‘nun horror’ with the likes of, you guessed it, The Nun. However, Agnes prides itself on building tension rather than being full of jump scares. When you’re placed within a convent with a possessed nun, you are expecting an entertaining ride. But, Agnes does feel very slow. There are some genuinely freaky moments, but past the halfway mark, it starts to drag. (I am an apologist for The Nun, so what’s the point of a film about a convent without Valek hiding behind any of the walls?) That aside, there are some incredible performances, and some downright creepy moments in the film’s final act. There are even a few twists and turns that occupy the runtime comparable to this year’s Saint Maud.

Agnes feels promising twenty minutes after the title card, but after that, it begins to lose its way. Father Donaghue (Ben Hall) and Benjamin (Jake Horowitz) have tension-building scenes together as they try to figure out what’s happening at the convent after Sister Agnes (Hayley McFarland) begins to show signs of demonic possession. Molly Quinn, who plays Sister Mary, takes center stage after this, as we watch her navigate her life after the events that occurred that one awful night. Once Mary meets Paul (Sean Gunn, who turns up unexpectedly performing standup — something I was not expecting from a possession movie), the direction of the film begins to change ever so slightly. It almost feels like a different movie. We’re still waiting on an answer to everything we discovered in the first act, constantly searching for any sign that might reveal the truth.

Still, Agnes is shot beautifully. There’s a greenish hue added into every scene that makes it visually appealing. Quinn’s performance is a standout too. She very much resembles an actress who would play a final girl in a slasher; I can definitely see her career in horror rising up from here. The script is just marginally off in terms of entertainment, but her potential does shine through. Gunn adds his humorous charm into the second half. He always seems to add a slight comedic element to the few horror films he’s appeared in. Very similar to his role as Marty in The Belko Experiment.

All in all, Agnes is a fine addition to this seemingly ever-growing subgenre. It doesn’t offer anything new or unique, but it isn’t boring. Perhaps if there wasn’t such a massive genre switch partway through or, made a movie out of one or the other, then there would have been more potential here.

For more information on Agnes and other films playing at the Fantasia Film Festival, check out their website.

Thanks for reading! What are your thoughts on Agnes? Comment down below!