‘Saint Maud’: Rose Glass’ Venerated Debut Is Worth the Hype 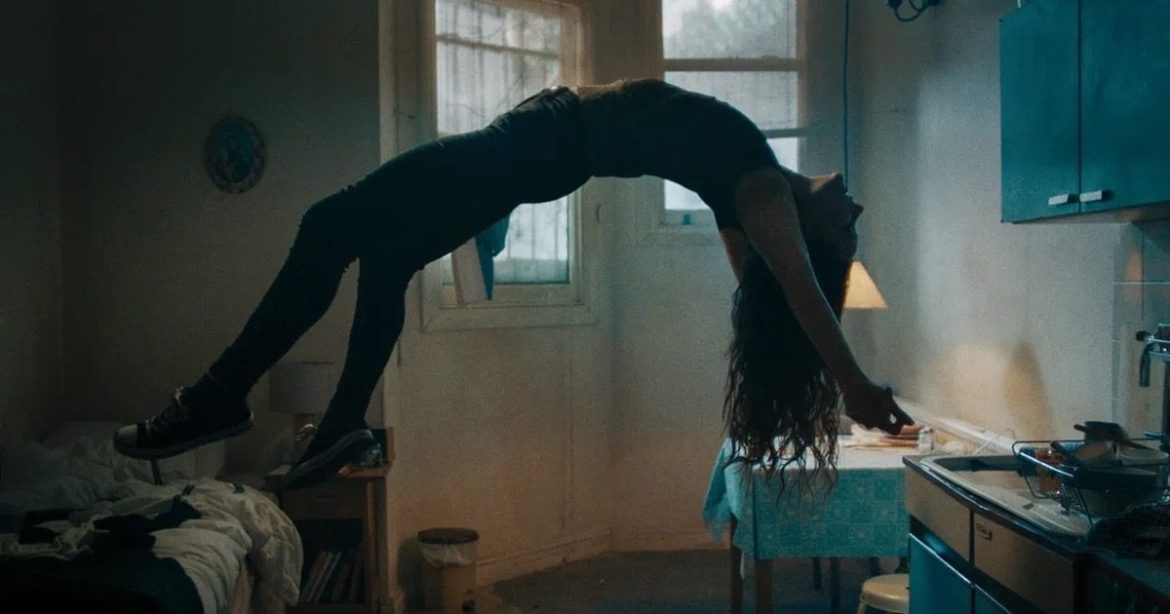 Religious beliefs — or idolatry of any symbols whether it be godlike or commercial — have been essential to our species. Look beyond the philosophical aspect and toward the fantastical elements of certain beliefs that defy common sense. Religion fuels our biological need to socialize, to come together. It’s this need to be close to something divine, something greater than ourselves. People die for it. Kill for it. It’s has been the origins of horrific mayhem, of endless wars. It has created and inspired certain customs, festive traditions as well as cultures we adhere to.

Let’s not forget the art inspired by religious idolatry, from ancient books and mystical visions. Our perception of certain religious characters, from angels and Christ, is less based on scripture than on the artistic renditions from painters. When we think of angels, we think of spirits with white wings, rather than the strange animal-hybrids or alien creatures described in the bible. When we think of Jesus Christ, people imagine someone looking like Jim Caviezel, a long-haired white man, rather than the scruffy, dark-skinned street preacher he likely was.

Look at cinema, how these religious symbols are portrayed. Even though I’m an atheist, I do have an affinity for religious cinema — the good ones, not the cynical propaganda produced by Pure Flix Entertainment. Films like Roland Joffe’s The Mission, Robert Duvall’s The Apostle, and Martin Scorsese’s Silence are some of my favorite films. Even though I know certain atheists can’t stand scripture-based dramas, I don’t have a problem with them. A film doesn’t have to abide by my ideology or godless perception of the world to engage me.

Which brings us to Saint Maud, the much-hyped, religious-themed horror film, that had its initial UK release on the 9th of October last year, and has now been finally released to the rest of the world. Like many cineasts and genre buffs outside the UK, this film has been on my radar for some time. Due to the long wait, the hype could not be denied. Now it’s finally here. Praise the Lord.

Living in a dingy one-room apartment in the seaside town of Scarborough, a collage of religious symbols pasted on her walls, Maud (Morfydd Clark) awaits her higher purpose. As a palliative caregiver, she surely can afford more, but we can assume she chooses to live this way, honoring the Catholic doctrine on poverty. When a lewd homeless man suffering from ticks requests some pocket change, she tells him, “may God bless you and never waste your pain.”

This is the key, the idolization of Christ’s suffering, the ultimate sacrifice for the sins of others. We see bloody scratch marks around her body, signs of self-flagellation. In her mind, this is the way to purify the mind, to remind oneself of Christ’s suffering. Before every meal, she prays, thanking the Lord for the nutritious bounty. In a telling scene, we see Maud kneeling down and praying on popcorn kernels, the sharp pain on her knees reminding her of her pious duty.

Enter Amanda (Jennifer Ehle), a former dance whose dying from stage IV lymphoma who Maud is assigned to care for.  When Maud excuses the former nurse from her station, she asks about the character of Amanda, and the former nurse replies by calling Amanda the prestigiously lewd ‘C’ word. Meeting Amanda, it’s clear why. Confined to a wheelchair, Amanda is bitter about not being to use her legs, and she takes this out on other people. Her estranged husband even mockingly refers to her as “Norma Desmond”, due to her inability to let go of the glorious past. But in her private moments, the vulnerability is there, the mortifying fear of non-existence, the shallow screams in the void. Maud manages to give her a brief glimmer of hope, making her believe, if only for a brief instant, that there’s an afterlife. She even calls Maud her “savior”.

Believing she has found a purpose in life, Maud wants to guide Amanda to the right path, prepare her state of mind for God’s kingdom. Any distraction, especially of the hedonistic kind, will not stand in her way.

The Dangerous Loner of Scarborough

Something is amiss with Maud, something happened in the past that instigated her Christian conversion. She wasn’t like this in her teens as people in her past mention; at one point, she was actually quite outgoing. There are questions surrounding her physical and mental well-being, as she convulses on the floor in pain, has sudden nosebleeds, not to mention her erratic behavior. Then there are her proclamations of actually hearing God speaking to her — are these truly visions of divinity? Are these visions angelic, or demons in disguise? Or are these visions actually signs of some neurological impairment, an undiagnosed mental illness?

The horror can mostly be found in its atmosphere, this palpable sense of dread, knowing that this can take a horrific turn at any moment. A sudden otherworldly turn will creep you out. Saint Maud is like a horror film penned by Paul Schrader, especially with its themes of loneliness and religious devotion. Maud represents the dangerous loner type, made famous by Travis Bickle — though she’s actually closer to Paul Schrader’s latest loner character, Rev. Toller from First Reformed.

The tension keeps increasing as the film progresses and Maud loses herself more and more in her religious obsessions. As has been seen countless times with religious fanatics, no matter how well-intentioned, or even how good people are, they are capable of the most horrific things when they do it in the name of God. Even though Maud is mostly likable, you can’t help the feeling that she is capable, due to her religious fanaticism, of monstrous things.

If you happen to be a Christian, Saint Maud‘s content might deliver some food for thought. The script raises a few noted theological issues many believers struggle with: the problem of a silent God, and the hubris of people thinking they can understand God’s will — and how it often seems to pertain to their need for purpose in life.

If you want to be proselytized to, however, this is the wrong film. Like a great Bergman film, the film can be confrontational, as it muses about the problems of blind faith. But to me, that makes a great film. A great religiously-themed film doesn’t try to convert people, it just tells their stories.

Saint Maud is an astonishing feature film debut from Rose Glass. On every level, the shot composition, the directing of actors (Clark’s wholly committed performance is absolutely legendary), to the lightening and use of music, the film brims with the confidence of an experienced director. Do realize this is not a commercial spookfest a la James Wan’s Insidious. It’s a character study; it demands you to sit back and pay attention.

With its lean 84 minute runtime, Saint Maud doesn’t waste a minute. There is no excessive exposition. We get to know enough about Maud while giving us enough room to make up our own conclusions about her.

However, considering its plot, a film like this hinges on its climax. And it’s at a certain point, close to its final running time, that you’ll realize this film was worth your time. As a character-study and thinkpiece, the film works splendidly. But it’s in those tense final fifteen minutes, right until the harrowing final shot, that the film becomes a psychological horror masterpiece.

It’s that final moment of the film, the sudden, brutal reality that encapsulates Maud’s journey. It will leave you speechless.  Just like that, you are pitched into the void of the end credits, pondering what you’ve just seen, but knowing that this is something you won’t ever forget.

Thank you for reading! What are your thoughts on Saint Maud? Comment down below!