‘The Vast of Night’ Slowly Burns to a Big Finish 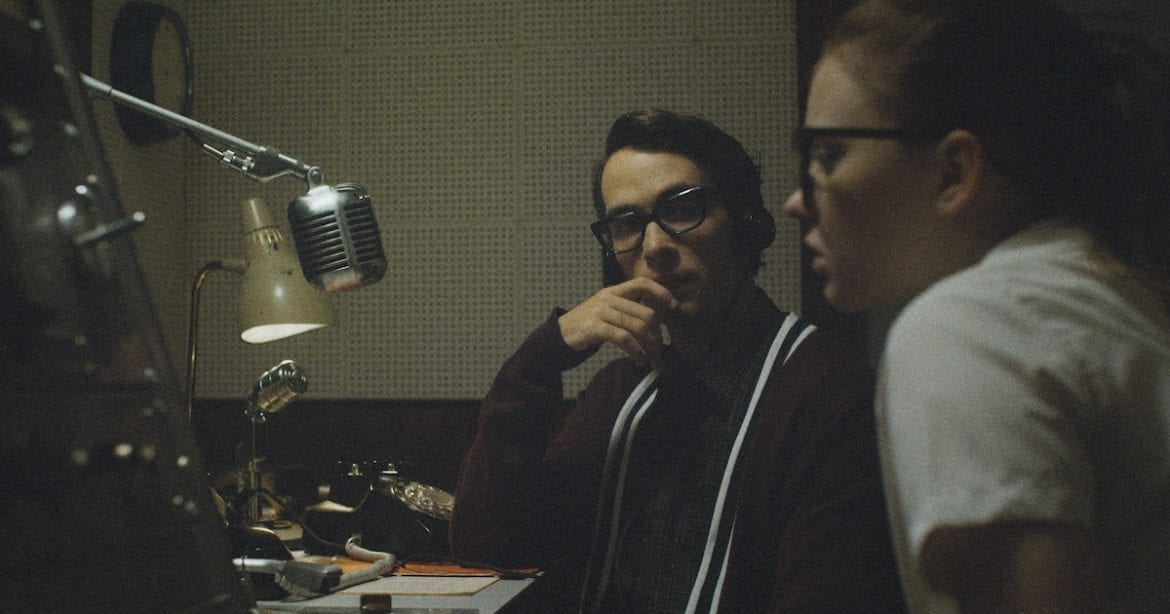 In small-town New Mexico in the 1950s, teen switchboard operator Fay and radio DJ Everett discover a strange audio frequency and they decide to investigate, which leads to them finding some terrifying history of their town as well as some potentially life-changing discoveries. The Vast of Night takes on an urban legend feel throughout. It hardly put me on the edge of my seat, but that chilling feel was gripping enough to stay until the end.

The Vast of Night is 90 minutes long. A full story can be told in this amount of time, as many movies have done successfully before; for a 90-minute film where the main focus is on unraveling a mystery, it was a slow burn. I have nothing against a slow movie, some of the movies I would rate to be in my top 10 would be considered slow by many (Mulholland Drive anyone?). As we all (hopefully) know, slow doesn’t always mean boring. The first 30 minutes had a lot of interesting dialogue that set up the small town legends vibe very well. At the same time, it also felt like we were left waiting for the story to properly start, even if the writers meant for an elaborate introduction to the feel of the movie as well as for setting up the characters. Additionally, this being pretty much the first 30 minutes in a movie with the already short 90-minute length, the movie could have done with diving into the main plot sooner.

The cinematography and framing of The Vast of Night saved the slow-moving scenes, especially in the first act. Starting as a gritty, almost blurry at times, looking movie, sometimes moving between grey and color and small and large film ratios simultaneously. These felt like some odd choices to start, but I think they worked extremely well in setting the necessary mysterious tone. Some scenes consist of long shots of characters moving from place to place or long dialogue scenes between characters. One of those scenes shows a long transition between locations in real-time. It could have been a snooze fest, but was made to look interesting and revealed how incredibly small and tight this community is.

The framing of dialogue scenes is another aspect where the director of photography was set a challenge due to the long length of some of them. From a writing point of view, this reminded me of the length of some Tarantino dialogue scenes, but not quite filmed in the same way. At one point, a dialogue scene between Everett and a caller on his radio show could have even brought the movies’ pace down from slow to boring. However, this was saved by clever framing and transitions to ensure the viewer remains interested in watching the screen rather than just listening to the audio.

The actors were set a tough challenge at times. In some scenes, cuts were limited, locations were used for long periods, and some scenes included long interactions with off-screen characters. Do I dare to say that the acting performances from Sierra McCormick and Jake Horowitz carried the movie? I would say so! Nothing can make a small-scaled movie like this one harder to watch than actors who underperform. Neither McCormick or Horowitz have been on my radar before. But McCormick already has some work under her belt, such as her recurring appearance when she was a child actor in A.N.T. Farm. Both actors are ones to watch, and I look forward to seeing them in future projects.

Before switching topics, just a little something about the two main characters, Fay and Everett. In this case, I felt as if I got to know the main characters to some level, but not intensely. For example, the relationship between Fay and Everett never became abundantly clear. At some points it looked like they have been friends for a long time; at other points, it felt like their relationship was nothing more but circumstantial. In ways, this adds to the charm of their relationship, in some ways it made me feel like I simply didn’t get to know the characters well enough.

Without spoiling the ending of The Vast of Night, I was happy with the way the story concluded. It fit the tone and journey of the main characters well; the final act didn’t feel rushed or forced. But even though I would give the end a favorable review, as far as independent science fiction goes, the ending made The Vast of Night is still fairly unoriginal.

When watching a movie, I expect to learn something new. In fiction, often I don’t expect to learn anything new about the real world itself, because hey, it’s fiction! What I do expect, however, is to learn something about the protagonist’s world and the goal they set for themselves at the start of the movie. Having watched many movies in the science fiction genre, I’ve seen many iterations of what occurs in The Vast of Night.

Nevertheless, the final act remained interesting regardless of having seen it all before. What I would add, however, is that the simplicity of the plot at the same time makes this movie great in its genre as a kind of science fiction starter pack. Viewers with less background in the genre could learn a lot about the supernatural building blocks that many other movies in its genre dive into at a deeper level.

Despite slow moments and a slightly predictable conclusion, I would recommend The Vast of Night if you like mystery and science fiction. The period The Vast of Night was set in is incredibly rich, and it often felt like a cozy old school campfire story. The movie is more than tense enough to sit through until the end, but as far as films of this genre go, you won’t find anything revolutionary.

Thank you for reading! What are your thoughts on The Vast of Night? Comment down below!

[…] find it slightly odd that, for a movie that isn’t about much on the surface, The Vast of Night is one of the movies I find myself thinking about a lot during the […]

‘Contagion’ and the Thin Line Between Art and...