‘Dating & New York’ Is the Best Romantic Comedy of the Year 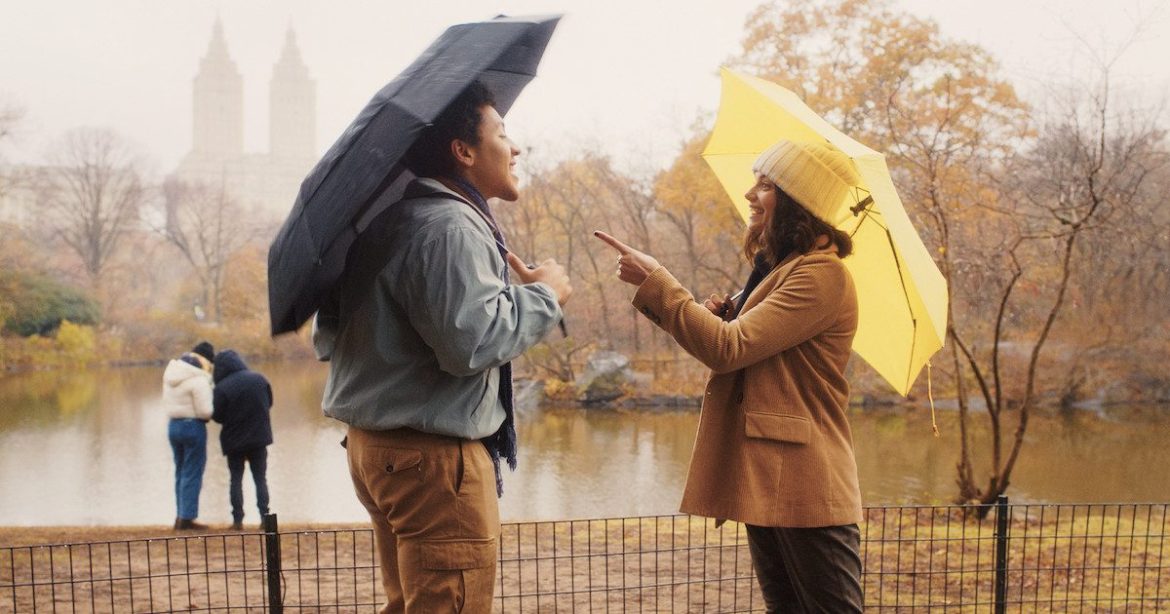 The romantic comedy is always interesting. As one of the most popular and referenced genres in film, it feels like every avenue has been explored and subverted. Ultimately, this led to a lull in good romantic comedies. Cynicism drove much of the films of the 2010s, the dark antihero and hard truths dominated. Which simultaneously felt like an overcorrection to the “happily ever after” ending, and an opportunity to revisit that in storytelling. Over the last several years we’re seeing just that. Led mostly by Netflix and the teen romance, there’s a resurgence of the rom-com. This resurgence takes us back to the roots of the genre of the sweet, charming, and mostly light-hearted stories that help shape love for a generation of people. It also creates an opportunity to subvert the genre and its standard tropes to feel fresh again, which is exactly what Dating & New York does.

A film that balances self-awareness, meta-commentary, and the idealistic romance traditionally found in romantic comedies. Dating & New York follows the “non-love story” of Wendy and Milo, after meeting through the dating app “Meet Cute”. Milo, who knows exactly what he wants, and Wendy, who is less sure, start a relationship avoiding the usual trappings of their agreement. Their clear difference in expectations eventually complicates the relationship and forces the two of them to rethink how they view love and their relationship.

Subverting the genre tropes of a romantic comedy is far from a new idea. Some films have done this successfully to tell iconic and compelling stories, and many more have fallen short of that. Dating & New York is an interesting addition to the genre because its subversion feels almost unintentional. Both Milo and Wendy are in their 20s and this film leans into this about as hard as it can. Since the turn of the century, that age is a time of irony, subversion, and sarcasm. The acknowledgments of the traditional romantic comedy structure certainly allude to the genre in knowing ways, while also feeling natural to the characters.

This harkens back to the balance I mentioned before. Young love can often be annoying, especially when it’s draped in sarcastic and pseudo-intellectual insights on love. While there is plenty of that, it comes across much better because these characters are so likable. A natural tension is created because that type of young adult is perfectly captured and presented. Milo and Wendy knowing so well the expectations of their relationship allow for a near frustrating tension to arise because they are so perfect together. If the two of them spent more time openly exploring their feelings and baggage, instead of ironically avoiding it they would avoid some of the pitfalls they inevitably face. But that is love in your 20s, trying so hard to avoid the hurt that comes with relationships, and finding yourself in a cliché romance. Some films are trying so hard to be different, Dating & New York allows its differences to present themselves naturally through its characters. So, while it’s certainly subverting our expectations, it never once feels like it’s trying to.

The Best of Both Worlds

Writer/director Jonah Feingold does great work in presenting this unique world to us. One that is intentionally modern, but with the trimmings of the classic romances. It’s a world that lends to all of the best elements of Dating & New York. He pays homage to the genre while also poking fun at it, which presents the best type of balance. We watch romantic comedies for the love, and sometimes the cheesier they are, the more endearing they become. Which is where Feingold places Dating & New York. From its “Once Upon A Time” opening to its charming score, this film captures the sweet elements of the genre. He then pairs it with faster cuts and a slicker more modern presentation to create a truly wonderful film. One that at times feels like a classic Howard Hawks comedy with fast-paced dialogue and joke delivery. And other times a clever Netflix comedy equipped with cell phone screens, text bubbles, and the quick editing of the current time. Feingold’s ability to seamlessly blend these two styles creates something that is equally beautiful and compelling. It’s endearing and engaging, which ultimately amounts to a film that is charming both in the modern sense and classically.

Romantic comedies need multiple elements to work. However, the most important element is chemistry between its leads. We’re here for the love. If our central characters cannot provide that compelling love story the whole things caves in on itself. From their opening scene, the chemistry between Francesca Reale and Jaboukie Young-White is clear. They both do a good job of making their characters feel real and relatable. The pace in their conversations is break-neck and layered in a building humor that is both funny and telling of their chemistry. While each actor has their own charisma that carries the film when apart, the film is electric when they are together. They are both so charming that you can’t help but want to see them together and happy. Ultimately that is what you want from a romantic comedy, a relationship you can cheer for. Reale and White give us something to cheer for while also giving performances that will surely help them break out. Balancing sweet and funny, earnest, and charming isn’t easy. Even without big dramatic moments, both show the ability to lead a film and compel the viewer. It’s beautiful work from each of them to create a relationship in Dating & New York that can stand next to some of the best in the genre.

Dating & New York is everything you want in a romantic comedy — it’s intelligent, funny, sweet, and compelling. You simply fall into this beautiful story because the characters are so likable, and the filmmaking elements are so good. While there may not be much new about the film or what it is saying, it feels fresh. If we are amid a resurgence of the genre, then we may have one of the new faces of romantic comedy. Dating & New York isn’t merely the best romantic comedy of this year, it’s one of the best in the past decade.

Thank you for reading! What are your thoughts on Dating & New York? Comment down below!