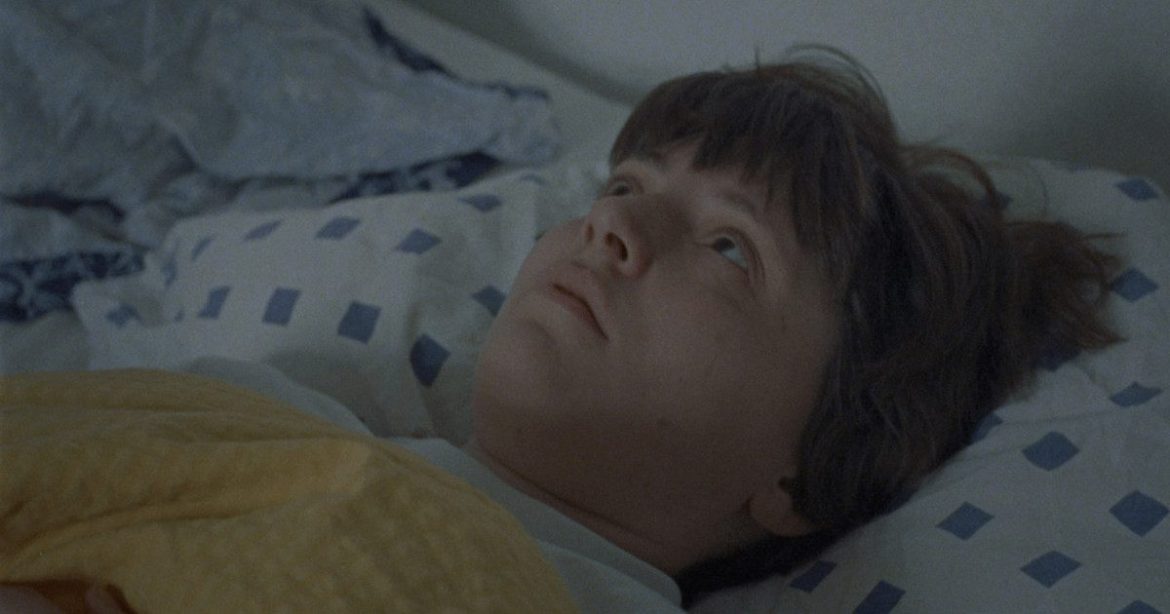 Daniela (Daniela Zahlner) can’t sleep lately. After spending some time traveling in New York and returning to Berlin, she’s slowly come to the realization that her continued insomnia isn’t just from her jet lag anymore, but might be betraying some greater, unidentifiable sense of malaise and unease — one that she promptly connects with her friend, Mia (Mia Sellmann), over as they cordially reunite some time later. As they take a trip to Vienna — joined also by Natascha (Natascha Manthe), another friend of theirs — Ted Fendt’s latest feature film, Outside Noise, charts their discussions, visits, and travels through the city as they all slowly rediscover some sense of quiet and connection, depicting their itineraries with a non-sentimental cadence and sporadic bouts of subtle clarity, and also making it one of the most curiously constructed offerings in the slice-of-life film landscape to have emerged in recent memory.

With Fendt blending elements from his previous features — the indulgently literary musings of Classical Period‘s narrative centerpiece with several aspects of the poignant aimlessness pervading Short Stay‘s displaced protagonist, Mike — Outside Noise consciously builds up a comforting aura that somewhat replaces the need for a narrative streamlined by crescendoing plot beats. It’s not a film that ultimately amounts to all that much profundity, even with moments of genuine clarity and nuance in how it portrays its protagonists’ travels, but perhaps the fact that it’s not conventionally striving for much is exactly the kind of approach it needs to get its rather charming, easygoing narrative focus across.

Fendt emphasizes Outside Noise‘s calm ambience through a very specific dichotomy — found on one end of it is a series of dialogues between the film’s three leads, and on the other is the film’s namesake, brought forth by formally composed 16mm camerawork and a complete lack of a score. When it’s not focusing on one of these things, it’s definitely turning its attention to the other; scenes that don’t feature the characters primarily talking with each other instead have them quietly relaxing, sleeping silently indoors, or wandering around the more obscure streets of Vienna with occasional sounds of traffic, birdsong, footsteps, and everything around them swaying in the light breeze. It’s here that Fendt’s attention to the tempo and cadence of stillness — not just pure silence — as a means of settling into your surroundings really shines, and his subtle acknowledgement of these moments as a necessary way of detaching one’s mind from an overwhelming, bustling life just might be what endears viewers to Outside Noise‘s mindfully inclined perspective.

When Fendt’s focus lingers on the characters, their specific goals and characteristics, as well as how they bounce feelings and thoughts off of each other, it’s without much conflict or tension, given how tightly knit Daniela, Mia, and Natascha seem to already be as a group. Instead, a fair amount of the film’s nuance comes in the more minute details they discuss in their exchanges about disparate topics, such as works of literature, pendulums, lessons from therapy sessions, and other pieces of small talk. Learning about how these characters each process their individual situations during the trip can often be gleaned through the small things they bring up in relation to the aforementioned subjects, not just through the more occasional, explicit explanations of where these characters have been or where they’re headed. Bringing all of this to life are Zahlner, Sellmann, and Manthe’s performances, who remain naturalistic enough to convey the connections their characters individually share, as together, they’re able to gracefully bring forth the kind of camaraderie often expected from such a closely connected group of friends.

At the same time, it’s clear that Outside Noise isn’t exactly choosing to strive for all too much in conventional terms, and that relative lack of ambition could very well be its greatest downside to numerous viewers seeking some kind of concrete dramatic plotting, more frequently explicit exchanges of dialogue, or moments where Daniela, Mia, and Natascha are allowed to have some sort of clearly outlined conflict and more complex growth. It’s not exactly an unreasonable demand, either — even the most iconic slice-of-life films found among Outside Noise‘s ilk are rather upfront about having their individual scenes, seemingly meandering conversations, and nostalgic travels be of some clear, overall narrative consequence. One quickly finds in Outside Noise, however, that Fendt essentially chooses to forgo this for a storytelling and filmmaking style that seems almost as if it’s deliberately in stasis, potentially frustrating viewers that may want to see its three characters lingering on the cusp of growth and transition achieve some sense of visible enlightenment about what they actually want to do with themselves.

Yet it’s just impossible to ignore this much about Outside Noise; roughly speaking, its still, subtle emphasis on atmosphere and more generalized sense of persistent ennui is eminently identifiable for people who themselves remain unsure about the direction of their lives, and it also remains rather easy to immerse oneself in, as it’s not difficult to imagine certain viewers more in tune with this sort of fare growing acclimated to its literally meditative aesthetic. Again, it’s not a film that feels quite like it amounts to much overall, but Fendt’s idiosyncrasy in Outside Noise is intriguing to watch unfurl regardless, with its emphasis on settling down and the importance of existing in the moment being fittingly, empathetically phrased in its briskly phrased, uniquely constructed parable.

For more information on Outside Noise and other films playing at the New York Film Festival, check out their website.

Thank you for reading! What are your thoughts on Outside Noise? Comment down below!

‘Mädchen in Uniform’: It’s Okay To Be Gay