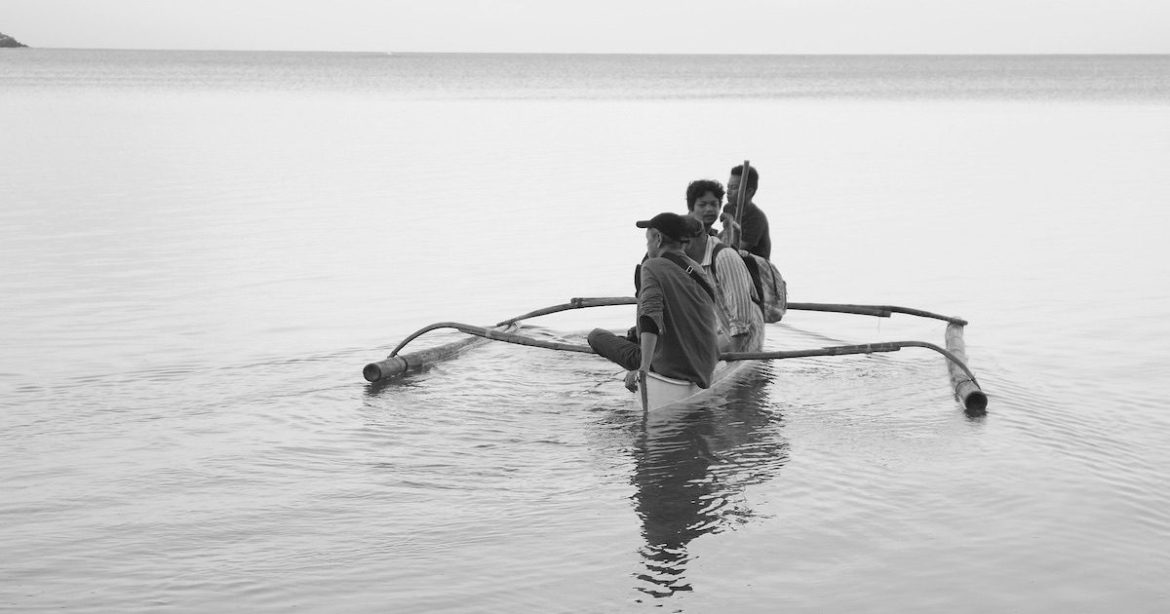 To say that a two-and-a-half-hour-long film is on the shorter side of a director’s filmography may sound like a deeply confused claim, but for Filipino auteur Lav Diaz — whose works are less like films in the traditional sense and more like four-plus-hour-long treatises on the machinations of Filipino society — such a comparatively short runtime for his latest work, Genus Pan, is a significant outlier. Having directed renowned epics such as Norte, the End of History and the Golden Lion-winning The Woman Who Left, Diaz has continually delved into his country’s systemic injustices as well as its fraught, labyrinthian history through cinema, often wisely deriving influence from literary legends such as Dostoevsky and Tolstoy in the process of doing so.

Genus Pan, however, isn’t just an outlier in terms of it being shorter than the rest of Diaz’s utterly Homeric filmography; it’s also a Diaz film where a specific understanding of Filipino history isn’t crucially necessary for understanding its ideas about the worst of mankind. To that end, this film could very well be the iconoclast’s most accessible work to date, one that, instead of deconstructing specific facets of Filipino society and history, rather bluntly examines what lies at the heart of humanity at large that leads people from all nations and walks of life to commit such wide-reaching atrocities and inequities.

Assembled from unused footage Diaz filmed for Lakbayan, a 2018 short anthology film, Genus Pan unfolds the tale of three gold miners — the young and destitute Andres (DMs Boongaling), the religious Paulo (frequent Diaz collaborator Bart Guingona), and one of their supervisors, Baldo (Nanding Josef) — as they trek through the fictional Hugaw (“dirt” or “filth”) Island’s treacherous woods and waters to safely return to their home village. As is the case with any Diaz film, however, their path is littered with confrontations about class struggles, superstition, conflicts with religion, as well as deeply repressed, unspoken anger, and if not for some much-needed improvements in production value, Genus Pan and its layered narrative may well have been introduced into Diaz’s pantheon of bests.

Continuing a visual tradition established in his more recent few works, Diaz has retained much of his near-static, black-and-white cinematography for Genus Pan, a more recent trend in his work that, while certainly not cinematically flamboyant, is almost entirely composed of unmoving wide-shots that instead offer the film a kind of theatrical, staged atmosphere. Such theatricality seems rather well-complemented by numerous dialogues that Andres, Paulo, and Baldo have over the course of their journey in the film’s first half, which meaningfully develop elements about each of their backgrounds, the individual struggles they have with each other, and the trauma they each attempt in vain to repress as tensions between them continue to rise.

Diaz’s direction also always seems to extend its expert touch to his actors, who, when at their best, bring out jarring bursts of emotions amidst paralyzing moments of suspense and tension, in turn requiring his casting decisions to be deliberate and purposeful. To that end, DMs Boongaling, Bart Guingona, and Nanding Josef come rather close to pitch-perfect in Genus Pan, a testament to Diaz’s eye for guiding well-suited actors in their respective roles. Boongaling embraces Andres’s indignant yet repressed personality as he clashes with his superiors about his low pay and family predicament, while Guingona and Josef, using their expert chemistry, pull off two sides of the same coin — the former being a stoic, religious devotee and the latter being a more volatile believer in paganism and superstition — conveying a spiritual conflict that, upon confronting a shared trauma from both of their pasts, causes a violent breaking point that leads them both to ultimately succumb to erratic behaviors.

On that same note — Genus Pan‘s title references the genetic category assigned to the bonobo and the chimpanzee, the two surviving species of ape; a concept that’s explored in a pseudoscientific radio broadcast that Andres, Paulo, and Baldo listen to early on. In it, a doctor claims that the brains of saints such as Christ, Buddha, and Gandhi have evolved beyond those of the Pan’s, while baser, cruder beings — listing fascists, murderers, and criminals as examples — still possess many of the Pan’s primitive, selfish traits. As the film’s characters descend into violence and deceit towards the second half, transitioning to the three men’s home village itself in the aftermath of their trek, it becomes rather clear that Diaz himself may not agree with this idea on a literal basis, but he seems to believe in it on an emotional level, moving past his specific examinations of the Philippines’ difficult history and into a more generalized sense of misanthropy.

Even despite these looks at mankind’s darkest instincts, however, Genus Pan‘s impact is somewhat dampened by the fact that various aspects in its production are in dire need of some improvement, perhaps a symptom of its relatively low budget. Violence in this film, while very much in service of Diaz’s message, comes off as an unfortunate afterthought in execution, with characters visibly missing what are clearly meant to be debilitating blows and with little to no audible impact, and the indulgent prominence of vegetation and trees in the frame, while imposing during the early stages of the trio’s journey, grows somewhat stale in its repetition, lacking the variety of locations in Diaz’s previous films that allowed him to frame his settings with such delightful chiaroscuro and angular contrast.

For viewers willing to engage with Genus Pan on its ideological focal points, however, it’s difficult to imagine this being anything but a considerably rewarding experience, and continued fans of Diaz’s work will have enough to work with in synthesizing its broader indictments of mankind with the specific corruption that Diaz regularly criticizes in his films. There’s plenty of food for thought in terms of how Diaz expresses his usual themes of systemic class struggle, over-dependence on religion, and our collective, repressed potential for violence on a more inclusive level; one that, again, makes for an accessible entry point to Diaz — whatever that’s supposed to mean for such a distinct filmmaker.

For more information on Genus Pan and other films playing at the Melbourne International Film Festival, check out their website.

Thank you for reading! What are your thoughts on Genus Pan? Comment down below!