Slow cinema director Tsai Ming-liang delivers what might be his most glacial, contemplative work yet. 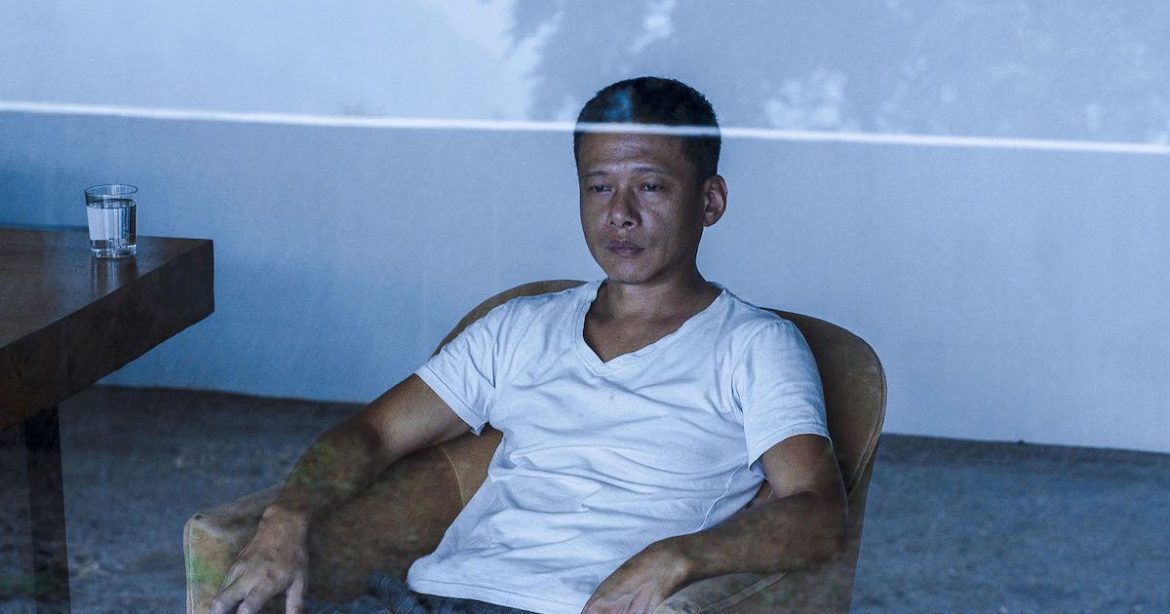 Few snippets of on-screen text in modern foreign cinema have been as intriguing as the opening blurb of Tsai Ming-liang’s latest film, Days — “This film is intentionally unsubtitled.” — not just because it points to a particular formatting choice for foreign audiences, but also because it’s perhaps a warning for less patient viewers and an implicit aesthetic description of the film to follow; a work so ruminative and atmospheric that understanding its dialogue no longer becomes necessary. Even for fans of the Taiwanese auteur’s slow-cinema oeuvre (with some of Tsai’s most popular films being Rebels of the Neon God and Goodbye, Dragon Inn), however, Days may still prove to be a demanding cinematic experience, as it’s a film that uses unmatched levels of patience to deliver on Tsai’s typical themes of isolation and human connection with an unusually austere and pensive perspective.

If describing Days as such may not have been enough in fully explaining its contemplativeness, the first five minutes of the film will be sure to quash any doubts — a static, continuous shot of one of its two protagonists, Kang (Lee Kang-sheng), silently staring through a window at the torrential rain outside, something that many Tsai devotees will instantly recognize as an oft-repeated sight in his filmography. Kang seems to be a relatively affluent landholder, with the only noticeable details about his livelihood being that he lives alone in his large house in Bangkok and suffers from an injury that requires him to receive a special kind of acupuncture treatment; a detail that may be reflective of Lee Kang-sheng’s real-life experience with a neck injury he suffered long ago that left him with a long-lasting ailment.

Introduced to us in parallel is Non (played by newcomer Anong Houngheuangsy), who also lives alone, albeit in a smaller apartment, and cooks traditional dishes and stews as a key part of his routine — a process depicted in nearly real-time detail as he prepares all his ingredients one-by-one. As the film slowly guides us through Kang and Non’s daily, somewhat unimpressive lives, however, their paths finally converge after some time in the film, leading to moments of particularly profound intimacy and sincere connection that slowly blossom between the two of them. It appears obvious to say that the stylistic conceit of Days isn’t immediately recognizable — some will quite understandably be turned off by its glacial pacing — but the film’s experience almost entirely relies on a more slow, absorbing impression, as Tsai allows the audience to feel the monotony and silence of his characters’ loneliness before gradually allowing said silence to take on erotic, intimate undertones.

Much of Tsai’s filmography has relied on using his slow, meditative pacing to deliver on themes of isolation and disconnect — Rebels of the Neon God, for instance, uses his style to deliver a narrative of two young men suffering from societal abandonment and sexual frustration, while 2013’s Stray Dogs applies such a framework to the daily desolation of poverty and homelessness. Days is certainly no exception to such a consistent trend, particularly with its depiction of queerness in the modern world, but what particularly stands out about it is the fact that its opening five-minute static shot is by no means an outlier. In fact, that’s how Tsai and his DP, Chang Jhong-yuan, compose almost every single shot in this film, all of which last for several continuous minutes at a time, with very little noticeable movement outside of a single scene with a Dardennes-esque handheld camera.

Combine this with the nearly dialogue-free nature of the film’s narrative, and it becomes rather easy to deem this as a de facto silent film, but such a characterization would be far too hasty for the film’s own good. Much like how the static visual style of the film doesn’t necessarily mean it lacks movement, the quiet auditory style of the film also doesn’t mean it lacks sound — by drawing attention away from more conventionally noticeable aspects, Tsai instead places the weight of the world on subtler deviations (perhaps in a similar tradition to Chantal Akerman’s Jeanne Dielman, but without that film’s gradual nervous breakdown). The resulting ambiance, forged from the litany of details and sounds in the characters’ surroundings, creates a rather interesting sensory dichotomy for both halves of the film, delineating the events before and after Kang and Non meet with each other.

To that end, the film’s dedication to stillness suitably complements both its first half’s despondent loneliness, as well as the quiet homoeroticism present between Kang and Non towards the latter half. Details like the plates, needles, and wires attached to Kang for his acupuncture treatment, for instance, are brought to further attention simply through the camera persistently lingering on them, with the soft hum of several devices being the only notable sound in the background, while every step of Non’s cooking is shown in silently thorough detail, from the way he heats his pots all the way to how he organizes the needed ingredients. When the two finally meet through an erotic massage in a hotel room, that same stillness suddenly takes on a new, more sensual air — one that works in defiance of the isolated, unspoken feelings of the first half, and replaces it with an emotional connection that itself lacks a need for words.

That said, it is virtually impossible to say that Days is an accessible film — the film’s inert, perhaps even lethargic style will most definitely appeal to a specific kind of audience with the right amount of patience to absorb it fully, which seems to be a crowd that I personally cannot bring myself to fully, completely identify with. At points, it does seem as if the film is indulging a bit too heavily in its slow-cinema aesthetic, as certain scenes feel like they go on for far longer than they reasonably should, and it’s incredibly easy for one’s focus to falter over the course of its two-hour runtime, as its immensely long sequences may be of very little traditional narrative consequence in its overarching, straightforward story; one that perhaps could have done with a greater sense of complexity, particularly for its two characters, who feel slightly too barebones for the story’s purposes as it stands.

And yet, it has to be acknowledged that all of this rigor is evidently in service of something far more spiritually sound, something that emerges in the faint subtleties and nuances of Kang and Non’s daily lives that coalesce into something greater as the film reaches its ever-so-quiet conclusion. In yet another year of physical disconnect and loneliness, it’s also hard not to see Days resonating with certain audiences for how much it seems to tacitly empathize with the monotony and unspoken pain of being disconnected from the rest of the world, and of having to leave certain things unsaid. But it also understands that even despite all this, the slightest bit of human connection can still be possible — however fleeting it may be, it can be moving enough to make even the most minute change in someone else’s day.

For more information on Days and other films playing at the Melbourne International Film Festival, check out their website.

Thank you for reading! What are your thoughts on Days? Comment down below!