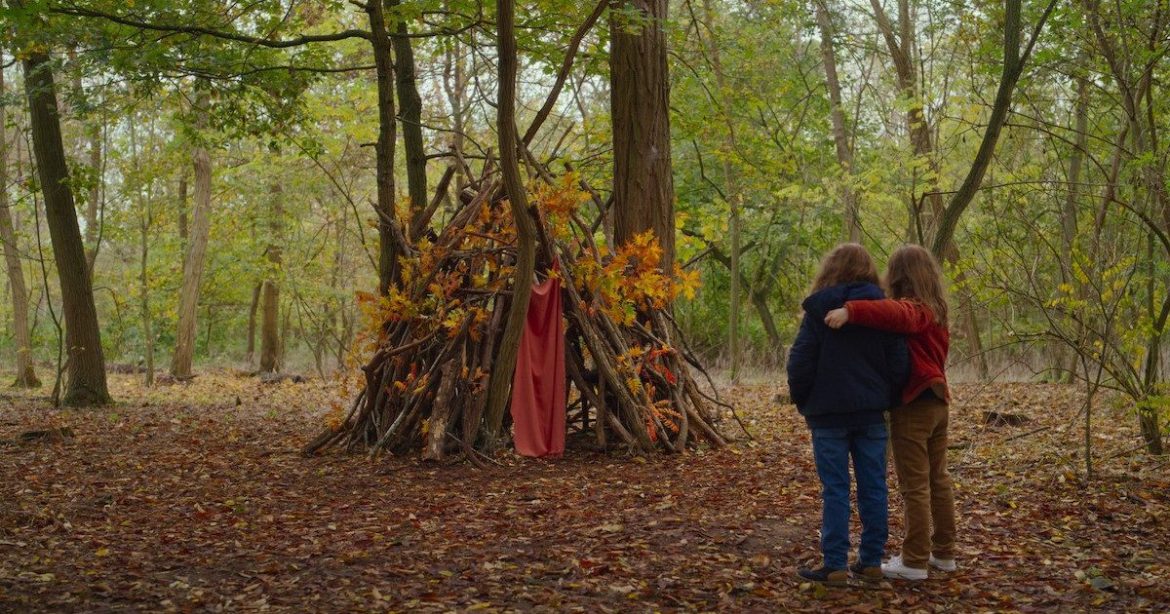 Céline Sciamma has once again made one of the best films of the year with her latest project and follow-up to the brilliant Portrait of a Lady on Fire, Petite Maman. The film follows Nelly (Joséphine Sanz), a child who has recently lost her grandmother and travels with her parents to clean out her recently departed grandparent’s house. One day while exploring in the forest next to the house, she finds another young girl and the two develop a friendship that is much more than meets the eye.

One thing that Sciamma proves to be so brilliant at is her understanding and use of time. Between this and her previous feature, she has crafted two extraordinary films about the fleeting nature and the fragility of our human experience. How that relationship affects our connection with those around us. What is so damn impressive about Petite Maman is it manages to craft something so profound, life-affirming, and genuinely touching in well under ninety minutes. It also manages to do so in a way that feels so deep and true to the way a child views complex emotions they have never had to grapple with before. Nelly is a wonderful protagonist who views the world with such wonder, imagination, and curiosity. This is a film that is completely devoid of cynicism. It deals with very sad and complicated feelings for a child, but it approaches each character with love and warmth, exchanging judgment for understanding.

The film also displays one of the most beautiful portraits of motherhood I have seen in a film. I love the mother-daughter relationship in this film so much. It feels so honest and complex; it manages to do so with a minimalist nature that I found to be wonderful. Petite Maman isn’t a film that needs over-the-top sentimental scenes to pack an emotional punch. It does more with a sentence than other films do with entire monologues of characters pouring their hearts out. There are lines of dialogue that are seared into my mind because I was so moved by them. It feels honest in a way no movie about childhood has for me in quite some time.

There honestly aren’t enough superlatives to draft here to describe how much I love this film. No spoilers here, so all I will say is that the third act of this film completely leveled me. There are scenes where I was actively attempting to fight back sobs. The emotional catharsis Petite Maman reaches for is incredibly ambitious for something so small in scale, but it pulls it off in a way that feels completely effortless. It knocked the wind out of me.

If you do not seek out the experience of watching this film, you are making a massive mistake. Rarely do films like Petite Maman come around that craft a world as hopeful as this one. Many filmmakers at the Telluride Film Festival this year explained they made their films as an attempt to counter the chaos of the modern world with an antidote that would move audiences and allow an escape. Walking away from the festival, the filmmaker who accomplished that for me is without question Céline Sciamma. What a magical and irresistible film she has crafted in Petite Maman. For one hour and twelve minutes, it helped me to believe the world is capable of being a better place.

Thank you for reading! What are your thoughts on Petite Maman? Comment down below!