A Shakespeare classic, retold for the big screen by Joel Coen. 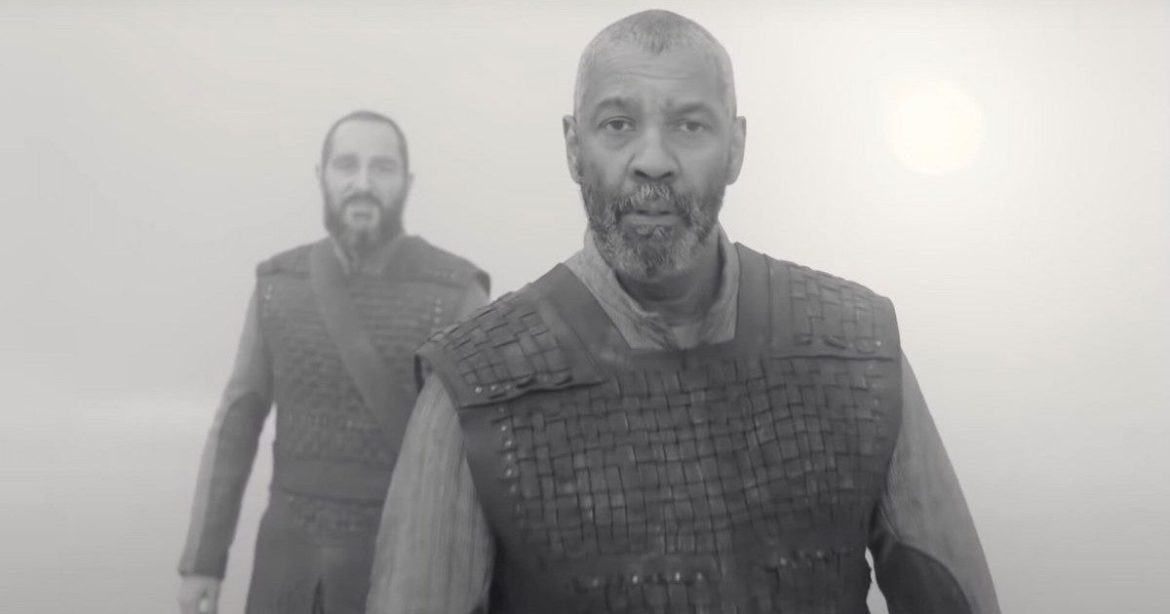 Double, double toil and trouble; fire burn and caldron bubble. It’s a story we all know. One of Shakespeare’s many classics, The Tragedy of Macbeth takes pride in being a new spin on the 1606 play. It’s bold. It’s fearless. It’s everything you would expect to see in an adaptation of this grizzly tale.

Macbeth wants the Scottish throne. His awaited title of King of Scotland is within his reach, after three witches predict his prophecy. Nothing will get in his way of achieving his apparent fate. With murder in his eyes, his paranoia begins to kick in, proving nobody will impede on his ultimate destiny. Retold through gut-wrenching visuals, and a star-studded cast, The Tragedy of Macbeth lives up to be another hit from production company A24.

A BIG Yes for McDormand

When you cast Denzel Washington and Frances McDormand in the two leads, the film almost automatically becomes a winner. McDormand especially in her role as Lady Macbeth exceeds every possible expectation. Her embodiment of Lady Macbeth is exquisite. This Shakespearean role comes naturally to her. It’s obvious from her performances in plenty of the Coens’ movies and last year’s phenomenon Nomadland, that she is one of the most wondrous actresses the world has to offer. But, in The Tragedy of Macbeth, she goes above and beyond. A best supporting actress nomination is certainly in the cards.

As for Washington, Macbeth is the perfect role for him too. With his role as Don Pedro of Aragon in Much Ado About Nothing and years of stage experience already on his back, he’s no stranger to Shakespeare theatricality. One standout performance that wasn’t already on my radar was Kathryn Hunter as all three witches (yes, all three!). With mind-boggling execution, her characterization, along with her impressive yet scary body movements in the sand, is immaculate.

With Joel Coen working separate from his usual co-director and brother Ethan Coen, it’s a treat to see how well he works alone. Although the source material was already all there, he manages to put his own Coen twist on it. It’s curtailed down enough to make Shakespeare’s shortest tragedy even shorter. And it works. With a runtime of only 105 minutes, the entire story of Macbeth is still conveyed. Compressing the story could have made it fall out of place, or seem jumpy in areas, but it manages to fulfill.

There are a few instances where it feels like the film will drag out, but it quickly gets back on track. When you know the story all too well, you know the direction it will deliver, so, for those who aren’t a fan of Shakespeare adaptations, this one will probably not be for you. It’s not as stylized as say, Baz Luhrmann’s Romeo + Juliet (which I adore), yet it provides everything you will expect going into it — an immaculate retelling of Shakespeare’s play.

For more information on The Tragedy Of Macbeth and other films playing at the London Film Festival, check out their website.

Thanks for reading! What are your thoughts on The Tragedy Of Macbeth? Comment down below!

[…] Lies. Jenkin stood on stage, just minutes after receiving a round of applause for Enys Men at the London Film Festival 2022. It’s obvious how much passion he has for this project. When you make an experimental […]

‘Boys State’ is a Fascinating Look at a...