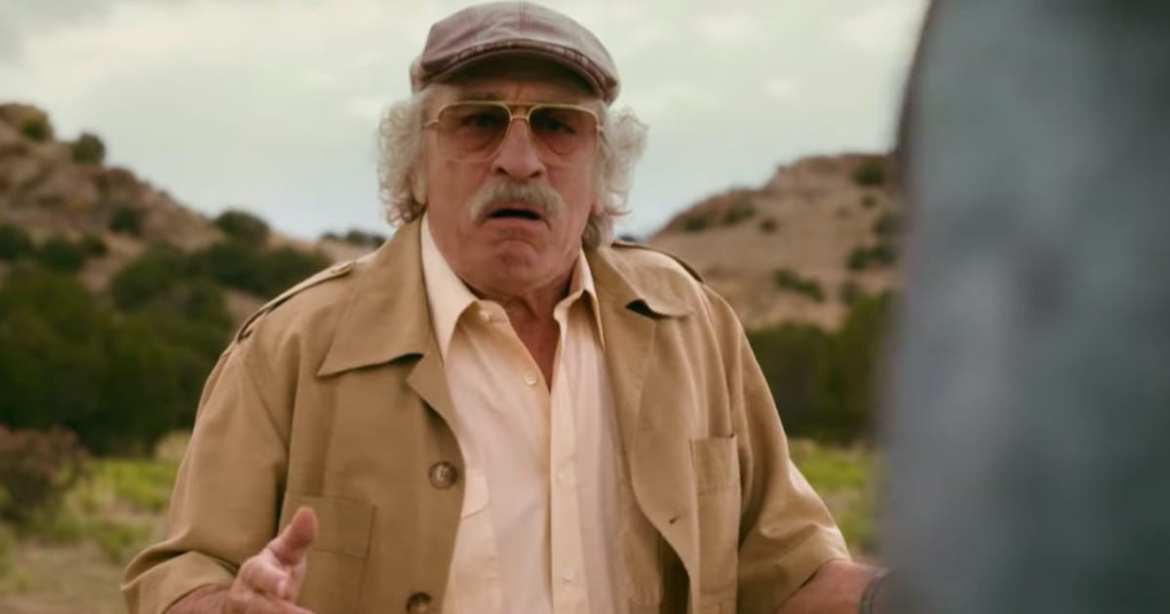 When it comes to the Hollywood satire, the gold standard will forever be Billy Wilder’s Sunset Boulevard, followed by Robert Altman’s The Player. Other underappreciated jewels to this genre are The Coen Brothers’ Barton Fink, David Mamet’s State and Main, and Tim Burton’s Ed Wood.

But it’s a tough genre to crack, especially if this film is produced by the upper echelons of Hollywood. Oftentimes these films aren’t as biting as they should be — check out the Julia Roberts vehicle, America’s Sweetheart. These films feel more like a playful jab rather than an earnest critique of the narcissistic dystopia that is upper-class Hollywood. It’s almost as if the filmmakers are wary of offending their colleagues.

We haven’t seen a good one in a long while, and now, quietly releasing in theaters later this month, we have The Comeback Trail, in which a sleazy producer wants to kill his main star for the insurance money. The premise is a ripe opportunity to dissect artistically deprived producers, the hollowness of celebrity, and the frustrating process of moviemaking.

The trailer itself is also quite amusing. It seems like an old-fashioned comedy, something you would see Frank Oz direct. Not one of the typical Apatow clones we’ve seen for the last few years in which its cast of characters improvise dialogue in the hopes of elevating its episodic and mediocre script, but a comedy with an actual comedic premise. Not to mention its all-star cast: Robert De Niro, Tommy Lee Jones, and Morgan Freeman.

”I am big! It’s the pictures that got small!”

It’s the 1970’s, we’re in the midst of the New Wave of Hollywood. Small-time producer, Max Barber (De Niro), while dreaming big, is still stuck making low-budget exploitation pictures. After their latest film, Killer Nuns, flops hard, his nephew and producing partner, Walter (Zach Braff), suggests that perhaps it’s time to move on with their lives. But Max scoffs at this notion as he believes that one day, his luck will change.

Of the stacks of unproduced screenplays he owns, Max has the most faith in his pet project, Paradise. A screenplay he believes will be the genesis of many prestigious film awards.

When Max is heavily in debt to gangster Reggie Fontaine (Morgan Freeman), the financier of Killer Nuns, Max with a heavy heart, is considering selling his screenplay of Paradise to his younger and far more successful producer counterpart, James Moore (Emilie Hirsch).

But when Max witnesses the accidental death of film star, Frank Pierce (Patrick Muldoon) during the production of one of Moore’s films, and hears that Moore will receive an insurance payout of five million dollars, Max gets the mischievous idea of replicating a similar tragedy for financial gain.

Together with Reggie, he funds a new movie, a revisionist Western called The Fastest Gun in the West, and hires suicidal movie star, Duke Montana (Tommy Lee Jones) as the lead. What follows is a series of bumbling attempts to make the shooting of this film as unsafe as possible, as Max hopes to kill off Duke Montana and cash in on the insurance money.

”We didn’t need dialogue, we had faces!”

The Comeback Trail has the same problem that other satires have: it’s not dark enough, it doesn’t dare to venture into the muck. Barber schemes to compromise the shooting of the film, making it more dangerous for its male star, lead to some comedic moments, but it all feels rather safe. Barber’s desperation never reaches the desperate heights it should have.
The jokes at Hollywood’s expense also seem on-the-nose, and we’ve seen examples of this numerous times before. A producer making Roger Corman-esque sleaze for profit? We’ve seen that in Barry Levinson’s Get Shorty. Producers being generally vilified and disliked by actors? Well, Robert Altman already showed us this with his masterful, The Player. An aging star trying to reclaim his former glory? Well, you’ve seen that obscure Billy Wilder film, haven’t you?

There is a slight progressive bent in the character of Megan Albert (Kate Katzman), the female director that Barber hires to helm The Fastest Gun in the West. This film rightfully mentions that you didn’t have many female directors at the time. Ultimately, her character doesn’t have an arc to speak of. She doesn’t really become an obstacle to Reggie, nor does she encounter any noteworthy sexism within the industry. The fact that she’s a woman helming a masculine Western is mentioned only a few times by Zach Braff’s character. She also has a male assistant because the cast-and-crew generally tends to listen better to a man than a woman, but that’s about it for the struggles her character endures. This aspect of the story also feels like a wasted opportunity for satire.

The film’s secondary cast members are also wasted, from Emilie Hirsch, Zach Braff, to Eddie Griffin (playing a henchman to Reggie Fontaine). Morgan Freeman doesn’t get much to do, but he does seem to have fun playing the ruthless gangster with a sensitivity to classic cinema.

”The stars are ageless, aren’t they?”

Robert De Niro is delightful as the sleazy, murderous producer Max Barber. This is not the first time De Niro played a morally compromised producer, as he played one in Barry Levenson’s amusing, What Just Happened? — which was based on a memoir of Art Linson’s personal experiences in Hollywood.

But while De Niro’s character in WJH is more introverted, the character of Max Barber is a fast-talking sleazeball, and De Niro’s on numerous occasions hams it up for the viewer’s delight. De Niro, while being one of the greatest dramatic actors, is also a skilled comedic actor, and though The Comeback Trail is not his funniest performance (that honor belongs to his turns in Midnight Run and Analyze This), it’s enjoyable nonetheless — one of the highlights being an early crying fit. Freeman, though underutilized, has a few noteworthy funny lines. But it’s Tommy Lee Jones as Duke Montana, the heart and soul of the film, that makes this movie worthwhile.

Montana’s suicidal tendencies and his guilt beneath are played straight, without laughter. Somewhere during the forties and fifties, he made a mistake. A mistake that’s relevant to the troubled bigotry that was normalized in the heyday of his success. Once this is revealed to us, it’s hard not to feel for this character and understand his pathos. While in the trailer he seems like a psychotic John Wayne, in the film, he’s remarkably sensitive. Even shown with a slight progressive streak as he urges the producers to hire Megan due to her passionate pitch. His final scene is also surprisingly touching.

Evidently, The Comeback Trail is actually a remake of a 1982, a film that even in my geeky knowledge of cinema, I have never heard of — though this says nothing of the quality of the film. I can’t compare it to the original but as it stands, The Comeback Trail, is an unremarkable comedy that just barely delivers on its amusing trailer.

Some of the humor works, some of the humor falls flat (such a fart joke that appears early on in the movie). The script lacks bite. It just isn’t as vicious as it should be. Even though The Comeback Trail is R-rated, it could have easily been PG-13. The eventual conflict is also hastily resolved by the end.

Having said that, I can’t deny that I didn’t have fun and that’s because of the performances, particularly Tommy Lee Jones’ earnest turn as Duke Montana. If you’re not expecting a classic Hollywood satire, and just an enjoyable, if forgettable comedy, then this might be a film for you.

Thank you for reading! What are your thoughts on The Comeback Trail? Comment down below!