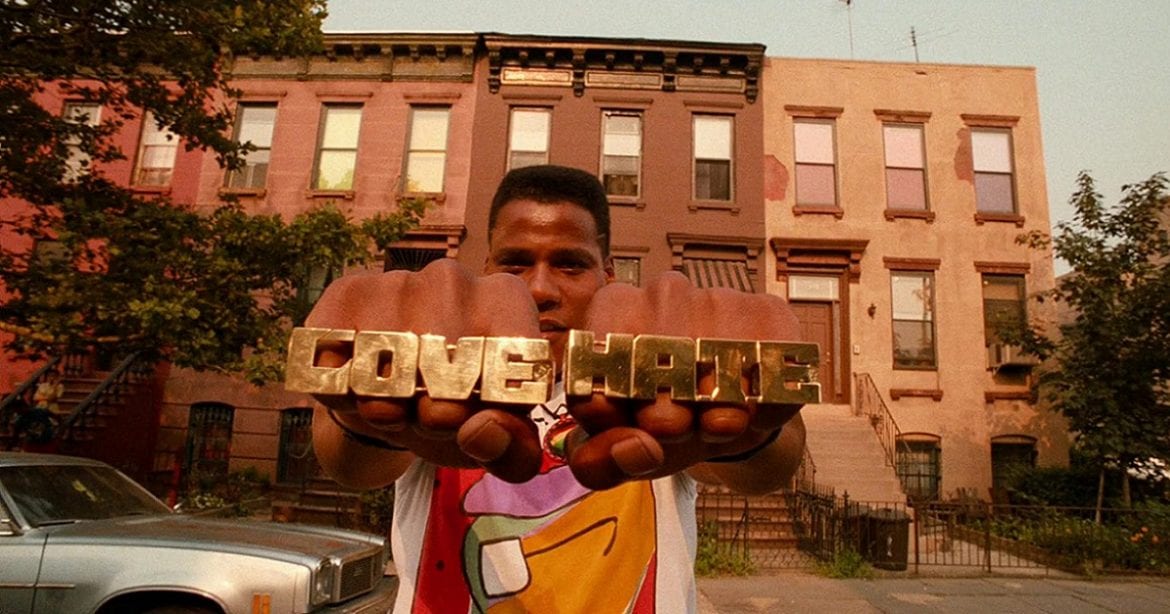 America is a racist institution. That racism is deeply woven into the fabric of who we are and who we always have been since this country was built by the hands of slaves, who were stolen from their homes and subjected to an existence of pain and misery at the hands of their white oppressors. The emancipation of slaves in the United States only led to immediate further injustices against African Americans, this time enacted by law enforcement in the form of mass incarceration of recently freed slaves in an effort on the part of white Americans to continue to hold power over them and continue to force them into a life of forced labor and maltreatment.

Racism against African Americans goes back to the inception of law enforcement in America. A dangerous number of white Americans have no desire to reckon with this or the reality of white privilege and consciously assemble a worldview of blatant ignorance in a vain attempt to snuff out not only a pain that has lasted generations, but also a continued injustice towards fellow Americans that not only rarely sees consequence (and only does when there is literal nationwide outcry), but is rewarded and even encouraged by the most powerful in our country.

When Colin Kaepernick practices his first amendment right to take a knee during the national anthem in the NFL to peacefully protest police brutality in America, his statement is widely condemned as the “wrong time and place”, he is called a traitor to the flag, told to shut up and play football, called a “son of a bitch” by the President of the United States, and ultimately, forced out of the NFL for an attempt to make America reckon with the reality of police brutality. On the opposite end of the spectrum, when a police officer takes a knee on George Floyd’s neck (not only becoming the visual antithesis of Kaepernick, but the literal embodiment of what he was protesting), resulting in the murder of Floyd, his act of violence inflicted on a fellow human being resulted in an outcry on a literal worldwide level before he got the lax charge of murder in the third degree and bail set at 500k.

At this point, you may be asking yourself: “Yeah, but Spencer, what does this have to do with film?”

To this I can respond in two ways:

Do The Right Thing is in my top ten films ever made. I first saw the film when I was probably 16, and have viewed it multiple times since then. The film was released in 1989, and while it was critically acclaimed, it was famously snubbed of a Best Picture nomination despite easily being the best film of that year. The award for Best Picture ended in the hands of Driving Miss Daisy, a saccharine if problematic look at race in America that doesn’t even attempt to address the deep issues and injustices that African Americans face on a day-to-day basis in the way that Lee’s masterpiece does. In 2018, when Lee’s film BlacKkKlansman lost Best Picture to another saccharine and problematic look at race in America, Green Book, Lee stated, “Every time someone’s driving somebody, I lose.” 30 years later, no one is talking about Driving Miss Daisy, and 30 years from now, no one will be talking about Green Book. But we will still be talking about the works of Spike Lee released in those years.

Spike Lee is a filmmaker with a genuine talent for making something that not only feels of its time, but timeless. He pulls this off by obviously being an individual with a deep sense of empathy for the struggles of his community. What is fascinating to me is not only how relevant Do The Right Thing is to American society at virtually every moment of the 20th and 21st centuries (and before that as well), but how absolutely heartbreaking it is that this film remains so relevant in today’s world. It is a film with its finger on the pulse of America in a way that genuinely no other film has been able to capture, and it is also a film with perhaps the most potent sense of place in any film I have ever seen. The feeling of community you observe throughout the film is effective on every level by making it at many times a very warm film despite the sad subject matter, which helps lead to maximum impact when the film arrives at its powerful conclusion. On every level, Do the Right Thing is of meticulous craft.

Watching the film amid worldwide protests of the murder of George Floyd, Breonna Taylor, and Ahmaud Arbery, it is almost eerie how much the climactic murder of Radio Raheem mirrors the murder of George Floyd. Both men choked to death by law enforcement officials who took an oath to protect and serve the individual on the ground struggling for the air they are snuffing from their bodies while the victims, and/or the people around them beg for their lives. Both situations lead to anger, protests, and riots aimed towards the organizations or institutions that bear the responsibility for the senseless act of violence that ended in a human life being extinguished when there is absolutely no justifiable reason for the force of a public servant to ever escalate to that level. Both murders lead to a community in a pain that is impossible to make sense of, and in a desperate attempt to channel that pain.

When Mookie throws the trash can through the window of Sal’s Pizzeria, it is due to immense anger and sadness. A window can be replaced, the life of Radio Raheem cannot. Sal’s decision to smash Radio Raheem’s prized possession (and actively stripping him of his identity) was the escalating factor that resulted in the murder. And after remaining passive throughout the entire film, Mookie cannot repress who he is any longer. The riot/protest is a cry for help to a system that has always and continues to hold him as well as the community around him down.

Black men in America are being murdered by law enforcement at a frightening rate. It is something that desperately needs to be addressed, especially when our society hasn’t grown beyond the plea for change of a 30-year-old film and a plea from long before that. The sad reality however is, of course, we haven’t. America was built on racism. The odds have been stacked against African Americans from the inception of this country, and that concept continues today.

The truth is that one third-degree murder charge against only one of the police officers who robbed George Floyd of his life is the absolute bare minimum of what the consequences should have been, and the fact of the matter is that there are countless African American women and men who have been murdered by police officers who still hold their jobs and never have nor will suffer accountability for their unspeakable crimes against a community that has been very hurt and angry for generations. Do The Right Thing asks the questions: What do we do about this, and what is the way to go about making a difference? Is there even anything effective we can do about this? Is America capable of change when the institutions within itself are so inherently, and woefully flawed from the ground up?

The film doesn’t hold an answer to these questions and leaves the viewer in a deep state of reflection. This viewing of the film left me thinking many things, such as:

Like the film, I don’t have the answers to the questions I am asking. I hope we are capable of change; I hope the voices of the oppressed will be heard and addressed; In November, I hope we vote out a President who enables these acts to happen by encouraging police brutality; I hope to be proud of the country I live in; One day, I hope I don’t have to watch a video of a black man or woman being murdered or brutalized by a coward in a badge on my cell phone.

All I know is that today I am angry, and that Do The Right Thing is a film that understands that anger and displays that anger has been a part of America all along.

Thank you for reading! What are your thoughts on Do the Right Thing and the George Floyd protests? Comment down below!

[…] a time when racial hatred and prejudice still paints the politics of our world, it’s vital to go back and remember […]

Loading...
Reply
'i’m thinking of ending things': Kaufman’s Latest Is One of the Most Profoundly Depressing Films Ever Made | MovieBabble September 12, 2020 - 6:31 pm

[…] be honest, 2020 is just the worst. It is an absolute black hole that swallows anything fun or even relatively comforting in favor of […]

[…] I had the great pleasure of interviewing Quinn Armstrong about his covertly complex film. We discussed everything from destroying VCRs, Stacy Keach, 80s satanic panic, and how he views his film during America’s current protests against police brutality. […]

[…] Kush: It’s the understatement of the year to say we’ve collectively been through a lot recently. But with much of the upheaval has been the chance to reflect, and possibly improve and […]