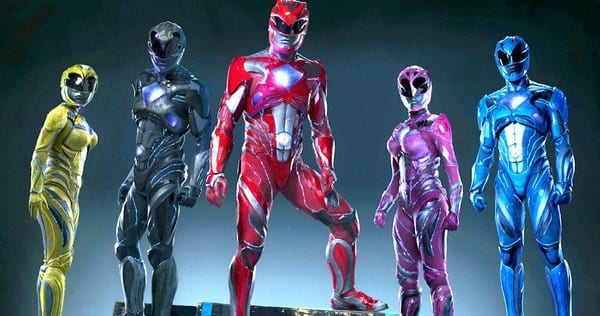 Children of the 90’s have been waiting to watch one movie this year: Saban’s Power Rangers.  This darker reboot of the popular television show has had hardcore fans squealing with its solid trailers and other promotional material.  But did these new crop of Power Rangers pack enough punch to have me yelling “GO GO POWER RANGERS?”  I went to the theater to find out.  The following review will be spoiler free.

Saban’s Power Rangers is directed by Dean Israelite and stars a crop of new budding actors led by Dacre Montgomery as the Red Ranger and Naomi Scott as the Pink Ranger.

We follow five teens in the town of Angel Grove who are going through some troubles in their lives.  However, even though they are all different, they all come together due to strange circumstances and receive superhuman powers after coming in contact with strange coins found in the Earth.  As the five high-schoolers start to uncover the reasons behind these new abilities, they uncover their destiny as a new crop of Power Rangers which have the task of saving the planet from the dreaded Rita Repulsa.

The CEO of Lionsgate, Jon Feltheimer, exclaimed at the end of 2016 that he was so enthused about how the production of Power Rangers was coming along that he wanted to make seven more Power Rangers films in the coming years.  Obviously, this was hyperbole.  But, in a weird way, it gave this Power Rangers film an extra boost of confidence as the marketing push for the film was beginning to start up.

Bryan Cranston, the voice of Zordon in the film, also praise the film’s quality.  He went as far as comparing it to The Dark Knight.

After these remarks, everyone seemed to have the same question on their mind: Could Power Rangers actually be this good or was this a case of people involved within the film trying to further market the project to possible moviegoers?

Then, the trailers for the film were released to the public which were met with predominantly positive buzz from movie lovers, myself included.  As I settled in my seat in the theater waiting for the last trailer to finish, it came to my mind that all this hype leading up to the film may have some merit to it. 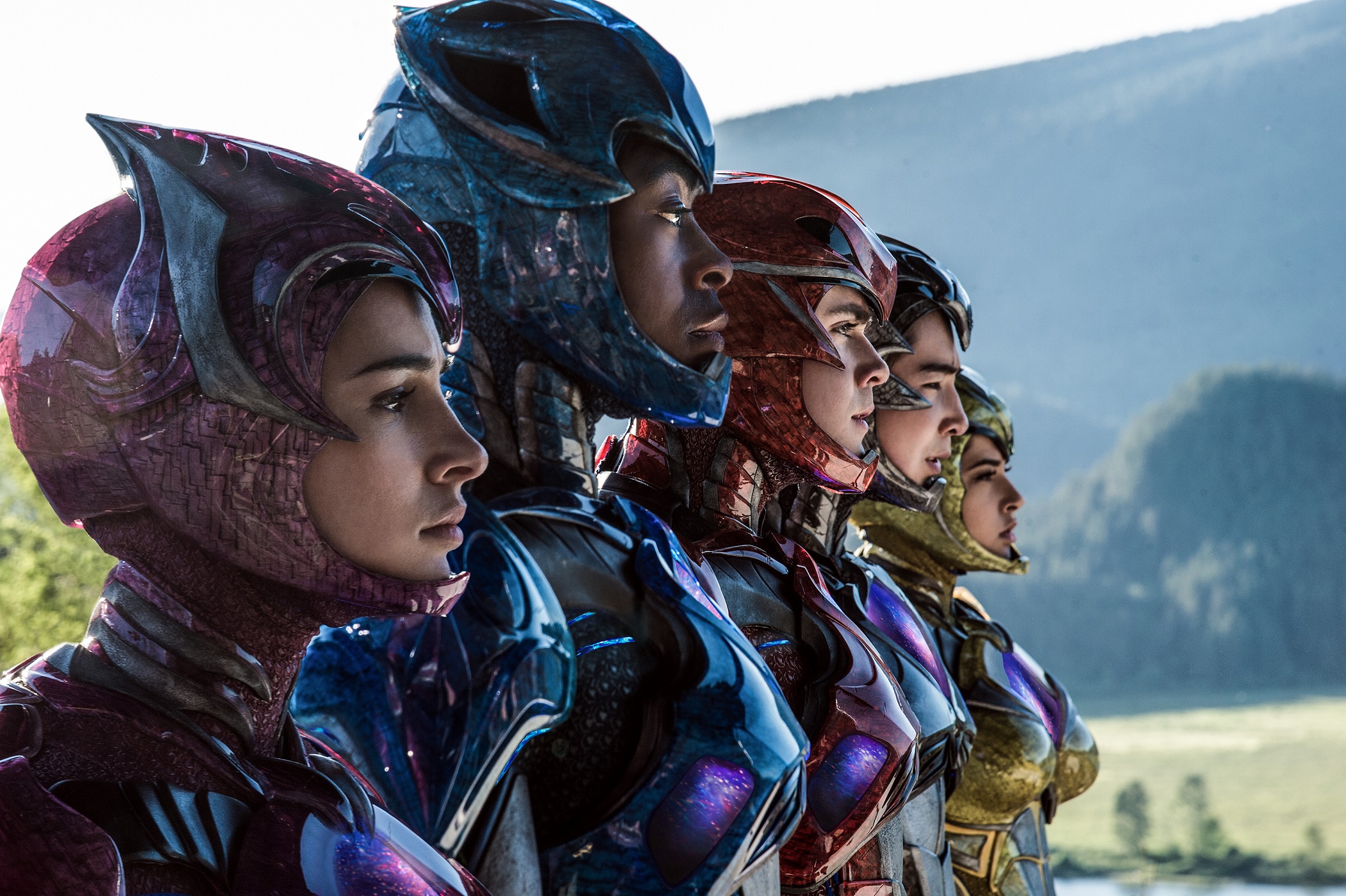 When you have a film that is led by mostly unknown actors, it’s always interesting to see whether some new stars are born or that those people may have to apply to their nearest McDonald’s in the near future.  In this case, I’m happy to say that all five of the Rangers have a future in Hollywood.  Each actor has a certain “it” factor about them that typically leads to successful careers.  The film balanced each of them nicely, allowing for each Ranger to show off their charisma and wit.

The big standout of the film comes from RJ Cyler, the Blue Ranger.  Cyler is a little annoying at the beginning.  However, he slowly became more comfortable in his role, showing off his funny bone with countless quips.  The film also had the guts to take his character in a certain direction that we rarely see with an eccentric personality, especially from big a tent-pole studio production.  There’s something to latch onto from each actor for that matter, so I would advise you to remember the names of each of the Rangers, as they may be in many more films for years to come. The creative behind Power Rangers should certainly send each of the Rangers a gift basket.  The Rangers masked a lot of issues the film has with its writing.  For about 80% of this film, there are no actual Power Rangers (in that they aren’t in the armor).  After a first act that feels like The Breakfast Club for kids with super powers, the film gets bogged down in a long series of training montages that feels awfully repetitive.  The film clocks in at a shade over two hours, but the film would’ve greatly benefited from being closer to an hour and forty minutes.

Power Rangers also has a tonal issue that becomes increasingly obvious as the film progresses.  This attempt at Power Rangers tries to distance itself from the overly cheesy Mighty Morphin Power Rangers of the 90’s.  While it certainly is not dark and gritty, there’s an obvious effort to make the Power Rangers less silly than its predecessors.  However, this tone is undermined totally by Elizabeth Banks’ portrayal of the villain, Rita Repulsa.

The film introduces her character in somewhat of a horrific manner which I thought played nicely.  Then, she starts spouting dialogue and acting in a manner that is much more in line with the campy nature of the television show.  It almost seemed like she was given dialogue for a different movie altogether.  For those who aren’t fans of Power Rangers, they may consider her the worst villain of the year by the time 2017 is over with because she is that ridiculous.

From a classical critic standpoint, Power Rangers is not a good movie.  I can picture a ton old, crotchety film critics leaving this film shouting about how movies aren’t as good as they were in the 70’s.  However, Power Rangers has a certain quality about it that’s hard to pin down that makes it a worthwhile film.  There are countless issues that I could easily nitpick, but there’s an undeniable amount of charm that can’t be ignored.  I’d be lying if I said that I didn’t smile during the film.  There’s entertainment to be had here, even if the film gets bogged down in side plots and has the most blatant piece of product placement ever put to film.

In the end, Power Rangers is a big dumb action flick that won’t please the most hardened of critics.  But, it will attract an audience of people looking for a fun time at the theaters.  It gets a B-.  For those that are hardcore fans of the source material, there are some fun nods to the original that will put a smile on your face. Thanks for reading!  Have you seen Saban’s Power Rangers?  Comment down below with your thoughts!

Well I do look big dumb action film occasionally so I will check this one out at some point. I have never seen the original Power Rangers, but I guess that is a good thing, since I have heard that this new version has pretty much nothing to do with the original series ? Great post!

You heard right! The only similarity is that they’re still Power Rangers lol

Even though I watched power rangers as a kid when forced, I never liked it/the show. When I saw the beginning of this trailer I was excited, until I saw what it was. But I was prepared to give it a chance, partly because I like recreations and partly because we watch so many movies as a family anything that can appeal to all of us (parents and kids) is a bonus. I was leery about going to this, but after your review I’ll give it a chance, and go in expecting an entertaining afternoon. Thanks!

You got it! I think the best way to watch this film is with tempered expectations. It has obvious flaws. But if you go into it looking to have a fun, dumb time at the theater than you’ll enjoy yourself!

Good review. Personally, I liked the movie. I knocked it down a few pegs (due to me being a movie critic), but I had a fun time watching it. Brought back a lot of childhood memories.

I think we can both agree that it has undeniable issues, but that doesn’t mean you can’t have fun with it!

Definitely agree on that. I also think that a lot of fan (most older ones) were expecting something darker and edgier.

True, but I don’t think a Power Rangers movie should ever be super dark because it’s not necessarily within the feel of the source material

Yeah, that’s what I exactly feel. The shows were never like that, so i don’t think the movie should be.

I think this film hit the tone perfectly of how the rangers should act, but defintely needed an upgrade to the script

Great post. I love Power Rangers and am admittedly still watching the newer series as a 26-year-old adult. ? Shame that this isn’t a better film!

A while back, Adi Shankar made a dark and gritty reboot on YouTube, and it had such potential. I wish Saban would take a chance at a more adult-oriented adaptation like that.

I would say this is definitely more of an adult-oriented movie, not to that level though!

I haven’t seen it yet (I’m 28 year old, so it’s kinda odd to go to cinema full with toddlers). I’m going to find other way to see it. However, if they take a dump on my childhood, well, that will only prove that kids of today are way more spoiled than we were. I preparing to hate it with a passion. Nice text, you got me interested.

Thank you very much! I wouldn’t say it’s a “terrible film” so I don’t think you’ll hate yourself for seeing it lol!

We will see, Can’t promise anything. I just might get hyped up for a sequel. M-hmmm.

I think the way to go into this movie is with tempered expectations!