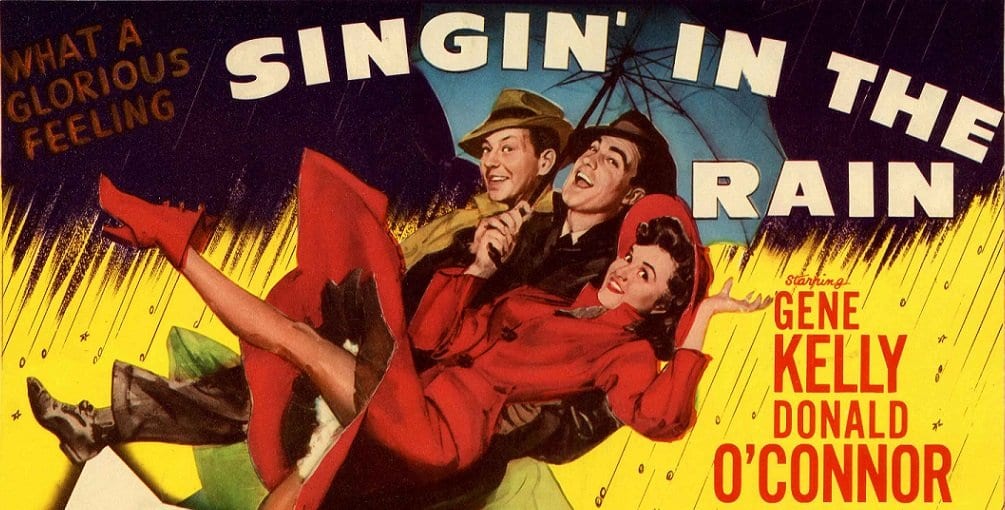 It’s about time that I went back to the era of classic cinema to discuss some of the finest films of the 20th century.  The first of which is Singin’ in the Rain, the timeless musical about the first talking pictures in Hollywood.  The film made Gene Kelly one of Hollywood’s best leading men, and gave us tunes to hum for decades.  The following review will be spoiler free. 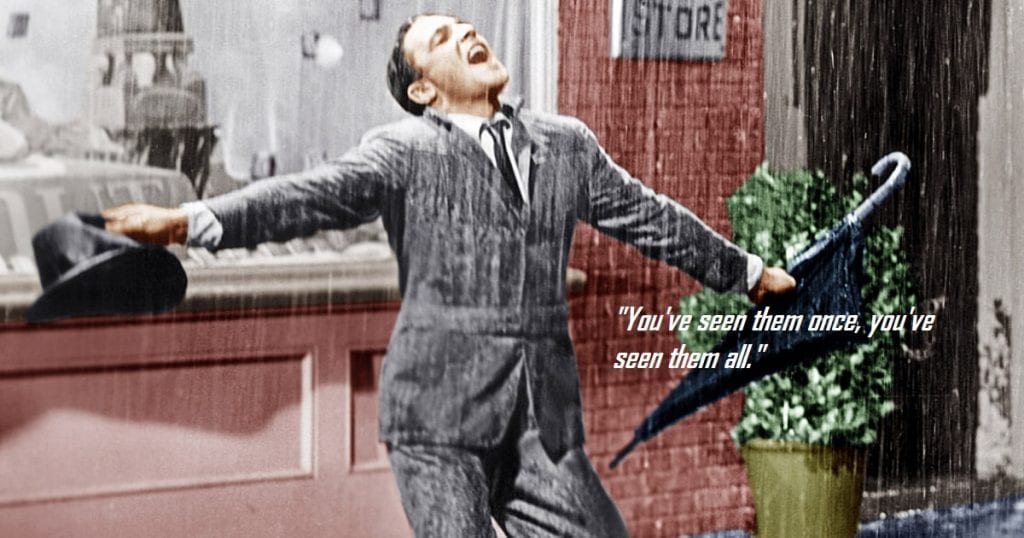 Singin’ in the Rain is directed by Stanley Donen and Gene Kelly and also stars Gene Kelly along with Debbie Reynolds and Donald O’Connor.

Don Lockwood (Kelly) has come from humble beginnings to be a star in the silent era of Hollywood.  He’s often cast in films alongside Lina Lamont (Jean Hagen) as the two have developed quite the “relationship” that’s big with moviegoers.  However, The Jazz Singer, the first talking movie, has sent waves through the industry, forcing Don and the rest of Monumental Pictures to rapidly change.  As a result, the studio fast-tracks the production of The Dueling Cavalier to compete in the transformed medium.  The problem is that Lina’s voice and “talents” aren’t suited for the talking era and their isn’t a great understanding of the technology at hand.  Don, Cosmo (O’Connor), and Kathy (Reynolds) are forced to think on their feet to save the movie.

Also, people break out into song and dance.  That point seemed sort of important to point out.

As you can probably imagine, Singin’ in the Rain was not the easiest film to make.  In fact, each of the three main stars had to handle some type of ailment.

Gene Kelly performed the classic dance sequence in the rain with a serious fever.  David O’Connor spent days in the hospital after his famous number since he smoked four packs of cigarettes every single day.  As for Debbie Reynolds, she had to deal with her feet bleeding after long choreography sessions.  In fact, Singin’ in the Rain was so difficult for her that she later claimed that the film and childbirth were the two hardest things she ever accomplished.

For all that work, Singin’ in the Rain was merely a modest hit for MGM.  It was not until years later that filmgoers started to revere the film as one of the best ever made. Musical Numbers that are Unparalleled

It goes without saying that Singin’ in the Rain has unbelievable musical numbers, but even that rhetoric somewhat undersells the brilliance in the film.  The choreography is very appealing from a visual perspective, blending rich, bold colors with great fluidity of movement.

However, the greatness truly lies in the abilities of Gene Kelly, Debbie Reynolds, and David O’Connor.  Today’s actors just aren’t bred the same way as this trio.  Each set piece has very limited cuts, if none at all.  The abilities of these actors are fully on display without any of the usual “movie magic.”  They aren’t just actors, they’re athletes.

The greatness of these numbers doesn’t stop there.  Each song has its own emotion that it exudes.  One dance will be purely comedic, another one will be loving, and the one after that will be pure bliss.  The music, dancing, and actors come together to allow these emotions to be fully realized in the most entertaining of ways.  There have been other musicals that boast similar technical talents.  However, no other film has accomplished the same level of feeling. 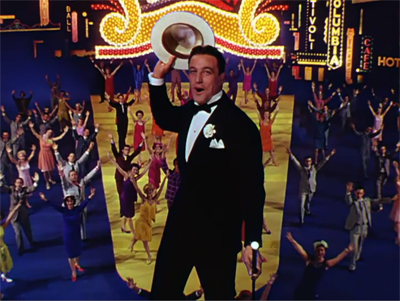 Great Comedy of All Different Kinds

Everything about Singin’ in the Rain is simply delightful, and this feeling has a lot to do with just how hilarious the film is.  This classic has every single kind of comedy blended into its streamlined narrative.  There’s elements of physical comedy, comedy of manners, high comedy, low comedy, romantic comedy…I could go on all day.  For these reasons, Singin’ in the Rain is instantly rewatchable.

Comedy in Singin’ in the Rain cannot be discussed without praising David O’Connor.  Gene Kelly’s partner in crime in the film is the source of a lot of the laughs.  He’s certainly well known for his famous dance number within the film, but his quick wit adds just as much humor to make the connective tissue between songs just as enjoyable.  His interplay with Gene Kelly is absolutely lovely.

On a similar topic, one can’t help but fall for Gene Kelly’s grace and talent.  Just look at that gorgeous stare! 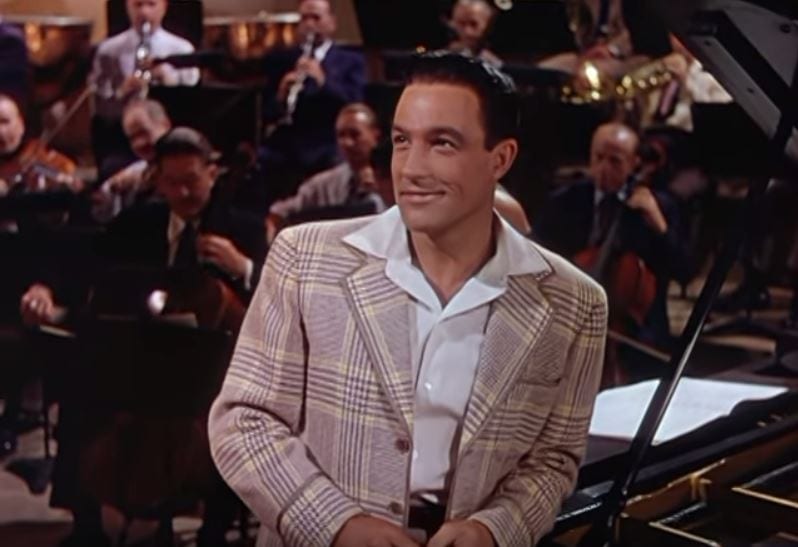 Singin’ in the Rain is Far More Subversive Than You Think

Many consider Singin’ in the Rain to be merely a “warm blanket” that makes you feel good inside, but it’s actually far more intelligently crafted.  The idea behind the film is the notion of sound and how it can be less “black and white” than you think.  There’s incredibly clever distortion of sound and games being played throughout the movie.  It plays with how you perceive sound, honing in on what you expect to allow clever little Easter eggs to slip underneath that perceived surface.  Everything is in plain sight, it just takes a trained eye to sift throught the information.

To put it simply, they just don’t make them like they use to.  Singin’ in the Rain has become one of the most influential pieces of cinema since its release in 1952, and deservedly so.  Filled with memorable characters, breathtaking choreography, and an unbelievable sense of fun, Singin’ in the Rain has aged like the finest of wines.  It gets an A+.

The film remains Gene Kelly’s best work as a showman.  It shows his great dancing skills as well as his ability to be irresistably fun and charming.  Singin’ in the Rain is a classic example of a film that just makes you smile. Thanks for reading!  What are your thoughts on Singin’ in the rain?  Comment down below!

[…] during the silent era and moving through media history to the present, Disclosure details a damning history of trans […]

Donald O’Connor was hilarious! And Gene Kelly… yup… fell in serious love with him. The most impressive to me, though, is Debbie Reynolds, because she had to keep up with those two with NO dance background whatsoever. Now that’s a work ethic! These days, they’d just CGI her face onto a dancer’s body, or something.

Totally agree! That must’ve been IMPOSSIBLE!

I still haven’t seen this one, but I did rather enjoy the remake with Malcolm McDowell. Oh, wait…

In all seriousness it sounds very interesting – especially if there is creative sound play. I do appreciate a film that doesn’t take sound for granted.

It’s really, really clever. You’ll probably have to do some research on it to completely see what there doing though. I had to have a film professor break it down for me lol.

Love this film. It’s truly one of the best movie musicals ever made, and the songs and choreography are phenomenal. All the performances are first-rate, but Jean Hagen as Lina Lamont is hilarious, earning her the film’s only Oscar nomination for acting.

“I have more money than Calvin Coolidge…combined!” Lol

A wonderful film. All the more remarkable as the premise was the songwriter telling the screenwriters “here’s a list of songs I’ve written for MGM. Use them all in a movie.” (my special edition DVD has the original song scenes as extras). And they made it work.

You definitely get that feeling that that was the case. All the the songs are too great to not be in there!

As of this comment, I’ve seen this film twice. Once when I rented it from my local library and once near the beginning of this calendar year when it was briefly back in theaters as part of the TCM Classic Series, not just in honor of the film’s 65th Anniversary, but in memory of Debbie “Mother of Leia” Reynolds. When I watch this, I get the general idea of the struggle that the Hollywood industry went through during the transition between silent films to talkies, especially the hilarious scene where they keep having microphone issues. My favorite part of the film is when Cosmo Brown (Donald O’Connor) does “Make ‘Em Laugh”. Dear God, the physical demand for that one song alone is amazing! The fact that he did this while smoking four packs a day is even more astounding, and yes this was “back in the day” when cigarettes weren’t as frowned upon as they are now. If I have any legit criticism for this piece, then it’s Lina Lamont. I could never take her seriously as a villain, especially since she came off as the stereotypical “Dumb Blonde”. Other than that, this is a film that everyone needs to see at least once in their lives, since this is Gene Kelly in a similar Orson Welles situation here. It’s his signature picture and you get the feeling that him calling the shots worked wonders.

Make ‘Em Laugh is easily one of the best moments in cinema history. I cried laughing the first time I saw it (and I still do to this day)

If the phrase “They don’t make ’em like they used to” were ever so true, then that sequence fits the bill. I haven’t really seen that amount of high-energy dancing in recent years.

It’s predominantly because actors just aren’t trained the same way anymore! When was the last time you heard of an actor getting their start in dance?

I’m in total agreement on all counts!

Believe it or not, this was my first time watching it! It’s already one of my favorite movies ever

Well done!! I was on a nostalgic watch this past weekend; Brigadoon, Seven Brides for Seven Brothers and a few others. As I watched, I was reminded of what Hollywood productions used to be. I also realized that some of these can never be remade. Sad but true. Great review!

I don’t I ever want to see those films remade! They’re already great!

Great review! It’s one of my favorite movies of all time. I watched it recently and it just makes me smile the whole time.

How can it not! It just oozes positivity!