Jack Ryan is one of the most iconic characters Harrison Ford plays. 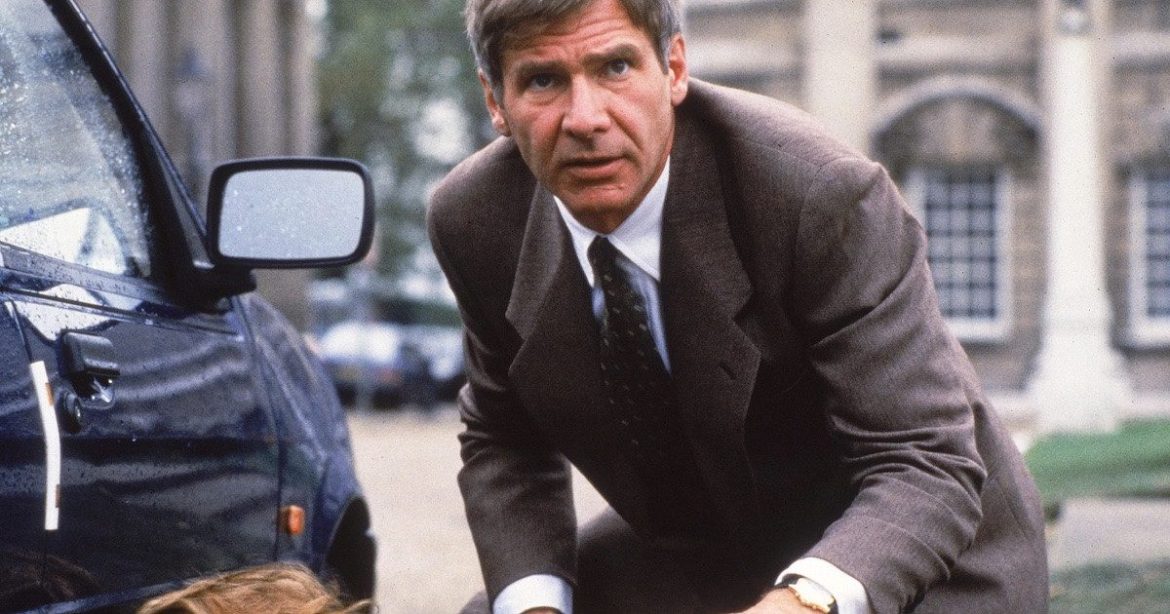 I’m on a Jack Ryan kick lately and nothing satisfies my craving more than Harrison Ford in that role. Patriot Games is the first of two Jack Ryan adventures that Ford embarks on. The second, Clear and Present Danger, is quite possibly the best film in the Jack Ryan franchise so far. However, Patriot Games is a fantastic example of Ford’s acting chops as this famed character.

Harrison Ford has honed in this particular skill in years of playing beloved action heroes like Han Solo and Indiana Jones. He also has dramatic acting skills, sharpened from years of playing leading men in thrillers like The Fugitive, Frantic, and Witness.

Patriot Games has the Jack Ryan character that we’re all familiar with: the family man who must do what is required to protect them and his country. It was hard to top Alec Baldwin’s first performance in The Hunt for Red October, but Ford did so with flying colors. Ford has the charm, the humor, and the quiet confidence to be the best Jack Ryan.

Harrison Ford is a charming man all on his own. From Star Wars to Indiana Jones and everything in between, there’s just something about that cocky grin and careless attitude that viewers latch onto. The man could melt butter with his smile. He’s just the kind of guy that you want to be around.

Jack Ryan, while a bit of an awkward guy, is charming. He has the uncanny ability to break down the barriers people have put up and relate to them on a personal level. When he meets a member of the Royal Family, Lord Holmes, and ultimately saves their life (more than once), his easy-going personality and kindness endear him to Holmes. They become such good friends that Ryan can invite Holmes back to his house in New England.

Ford is one of the few people that can pull this type of character off. After all, Ford didn’t take off as an actor until the late 70s and was a carpenter before then. He’s one of the more down-to-earth actors who can easily portray ordinary people who do extraordinary things.

One of Jack Ryan’s best qualities is his off-beat humor. Of course, he’s serious when the situation calls for it, but he isn’t afraid to crack a few jokes. His go-to catchphrase when he’s had an epiphany is “son of a bitch,” a catchphrase he isn’t hesitant to say in mixed company or in the presence of authority. Intentional or not, it’s pretty funny and only adds to his charm.

His biggest asset to his humor is the fact that he’s a dad. Dads just excel at making dumb jokes and being casually funny. A cute moment in Patriot Games is at the very end when Cathy Ryan, his wife, is on the phone with the doctor to find out the sex of their expected child. She asks Jack if he wants to know the sex and Jack looks at his daughter with a befuddled look. They go back and forth with “I don’t know, do you?” a few times and then eventually decide to hear what the sex is (a revelation hidden from the audience as it immediately cuts to credits). It’s a cute example of Ryan’s innocent humor.

One of the most important things about Jack Ryan is that he’s just another one of the guys. Sure, he has Marine training and he is probably one of the smartest minds in his field, but he also enjoys throwing back a beer with his buddies and making dumb jokes. He’s not super ripped, but that doesn’t matter to him or anyone else. He’s a relatable hero.

Jack Ryan’s best quality is his quiet confidence. He’s not a braggart and he generally keeps to himself. Even when being granted a prestigious British award, he is gracious and doesn’t let it go to his head. He knows that the award can be attributed to his skill, but also to a tremendous amount of luck.

This quiet confidence sets him apart from other action heroes of the type. He isn’t arrogant about his abilities and estimates what he can do with great precision. Still, he is always willing to take a leap of faith if that’s what the situation requires. That’s just the kind of person he is.

Harrison Ford does this well. He has the crooked smile that belies his uncertainty coupled with quiet confidence. Ford’s voice isn’t one that fills a room, but it’s one you listen to. He knows what he’s saying and doing and he makes sure that that is clear to everyone around him.

Thank you for reading! What are your thoughts on Patriot Games? Comment down below!