Hong Sang-soo's 28th feature is a gentle, playful tribute to the art of storytelling. 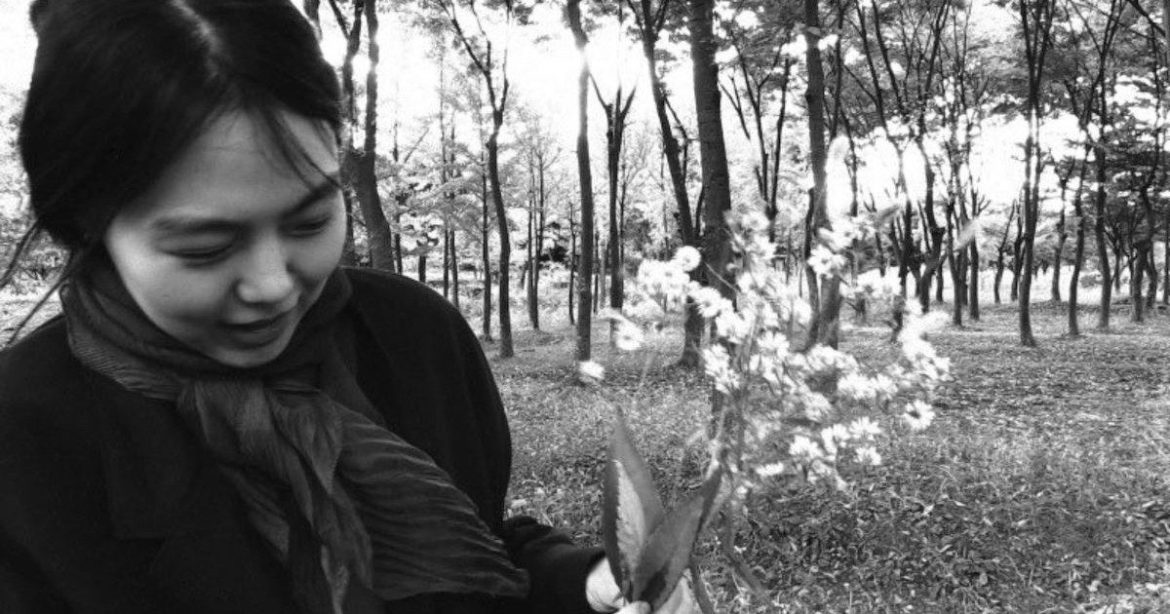 The legacy of South Korean auteur Hong Sang-soo seems largely separated from the stylized and dramatized sensibilities of his Korean New Wave contemporaries — the more minimalistic and theatrically conversational mise-en-scéne of his films seems largely in contrast to the narratively winding, taboo-breaking thrills of Park Chan-wook, or the genre-defying, intricately detailed films of Bong Joon-ho — but his cinematic voice has remained so distinctive that even after 27 films, he’s still kept his films small in both scope and budget, all while garnering significant respect and an audience of his own. Films like Right Now, Wrong Then and Nobody’s Daughter Haewon have shown that the self-reflexivity of his stories about filmmakers and artists has always been a common thread for his filmography, but with The Novelist’s Film — one of two Hong films premiering at this year’s festival — his penchant for delivering commentary on the nature of artistry has never been more explicit.

The Novelist’s Film is exactly as subtle in construction as you’d expect from any Hong film, and its premise is largely based on exactly what the title says on the tin. Jun-hee (Lee Hye-young), a renowned author whose works are heavily implied to command great respect in the literary world, has traveled a great distance to visit Se-won (Seo Yeong-hwa), a younger colleague who’s currently running a bookstore in Seoul and has turned to reading in exchange for losing her passion for writing — a visit that leads to Jun-hee crossing paths with other creatives who also recognize her at a glance. The first is Se-won’s timid assistant (Park Mi-so), who’s studying sign language, followed by Hyo-jin (Kwon Hae-hyo), a filmmaker who failed to produce an adaptation of one of Jun-hee’s books, and finally Gil-su (Kim Min-hee), a well-known actress whose hiatus from performing has been deemed by many in the film industry, Hyo-jin included, as a “waste” — a notion that Jun-hee rebukes with great ferocity, claiming that Gil-su’s decision to distance herself from acting is hers to make alone.

It’s Jun-hee’s intervention on behalf of Gil-su, however, that marks the beginning of a unique bond between the two of them. As they wander through the city, Jun-hee makes clear her sudden desire to make a short film instead of a work of literature, concerned that her recent bout of writer’s block likely spells the end of her passion for writing in the same vein as Se-won, and wanting to venture into new artistic territory. As drinking acquaintances cross paths with the two (as is tradition in Hong’s films at this point) and Jun-hee’s vision fleshes out into reality, The Novelist’s Film reveals its hand as something that might not be Hong’s most groundbreaking work, but instead functions as a modest, fairly robust, somewhat metatextual addition to the typical themes that Hong has been exploring for just about his entire lengthy career.

Given Hong’s roots in theater, the spontaneity of this film — as is the case for most of his work — inevitably lies far less in any of its technicalities and more towards the dialogue and performances. It’s not necessarily a flashy film to look at, nor, as devout Hong viewers will note, is it trying to be — the film’s blatantly digital black-and-white format is mostly just shades of gray rather than a more striking usage of contrast and chiaroscuro, and Hong’s cinematography is predominantly made of still shots with very few zooms and pans, many of which tightly pack the actors in frame as if they’re standing on stage for the audience to see all at once. Each scene here is shot in a single, largely still take, too, and it’s not until the film reaches its conclusion that its visual format morphs into something only slightly more variable and playful, albeit very brief, than the more sterile appearance of the scenes that preceded it.

That’s not to say that said sterility doesn’t broadly complement the film’s aesthetics, or that it fails to highlight the film’s dialogue-centric narrative approach. In fact, Hong’s strengths in getting his actors to deliver lines laced with realistic cadences of awkwardness, and frequently layered with compassionate looks into his characters’ interiority, still remains one of the more consistently fascinating parts of The Novelist’s Film worth following, and it’s what offers it plenty of thematic meaning to parse through — even if certain scenes’ musings on art come across considerably less digestible than others. In meta terms, for those who have followed Hong Sang-soo and Kim Min-hee’s extramarital affair, as well as the adverse effects it’s had on both of them in the industry, Jun-hee most immediately comes across as an analog for Hong himself, and likewise for Gil-su and Kim — it’s remarkably easy to see that Hong is perhaps speaking directly to the audience about Kim through Jun-hee in some scenes, asking who we are to judge Kim’s absence from acting in projects other than Hong’s since the release of Park Chan-wook’s The Handmaiden as a waste of talent.

But there’s also something about the merits of passion in general that Hong’s trying to say with Jun-hee and her encounters with the creatives she comes across — the loss of it that she and Se-won have shown in the literary world, the change in cinematic style that Hyo-jin claims to have undergone as he’s aged over the years, and Gil-su’s detachment from the film industry — and how we can try to reinvent ourselves even past that. Barely any dramatic flourishes, so to speak, are present in The Novelist’s Film (as is the case, again, with the majority of Hong’s line of work), but the ebb and flow of this film brings forth Hong’s skills in deriving meaning from the minutiae of life as consistently as ever. Jun-hee speaks to Gil-su in one scene about her desire to not exaggerate things in life for the sake of histrionics and drama, and both of them eventually find solace in being able to create something that’s more offhand and free-flowing: it’s abundantly clear that this isn’t just something that speaks to Hong’s philosophy as a storyteller, but also a testament to how that philosophy has bonded both Hong and Kim together for so long, and provided them with an honest source of artistically rooted love.

For more information on The Novelist’s Film and other films playing at the New York Film Festival, check out their website.

Thank you for reading! What are your thoughts on The Novelist’s Film? Comment down below!