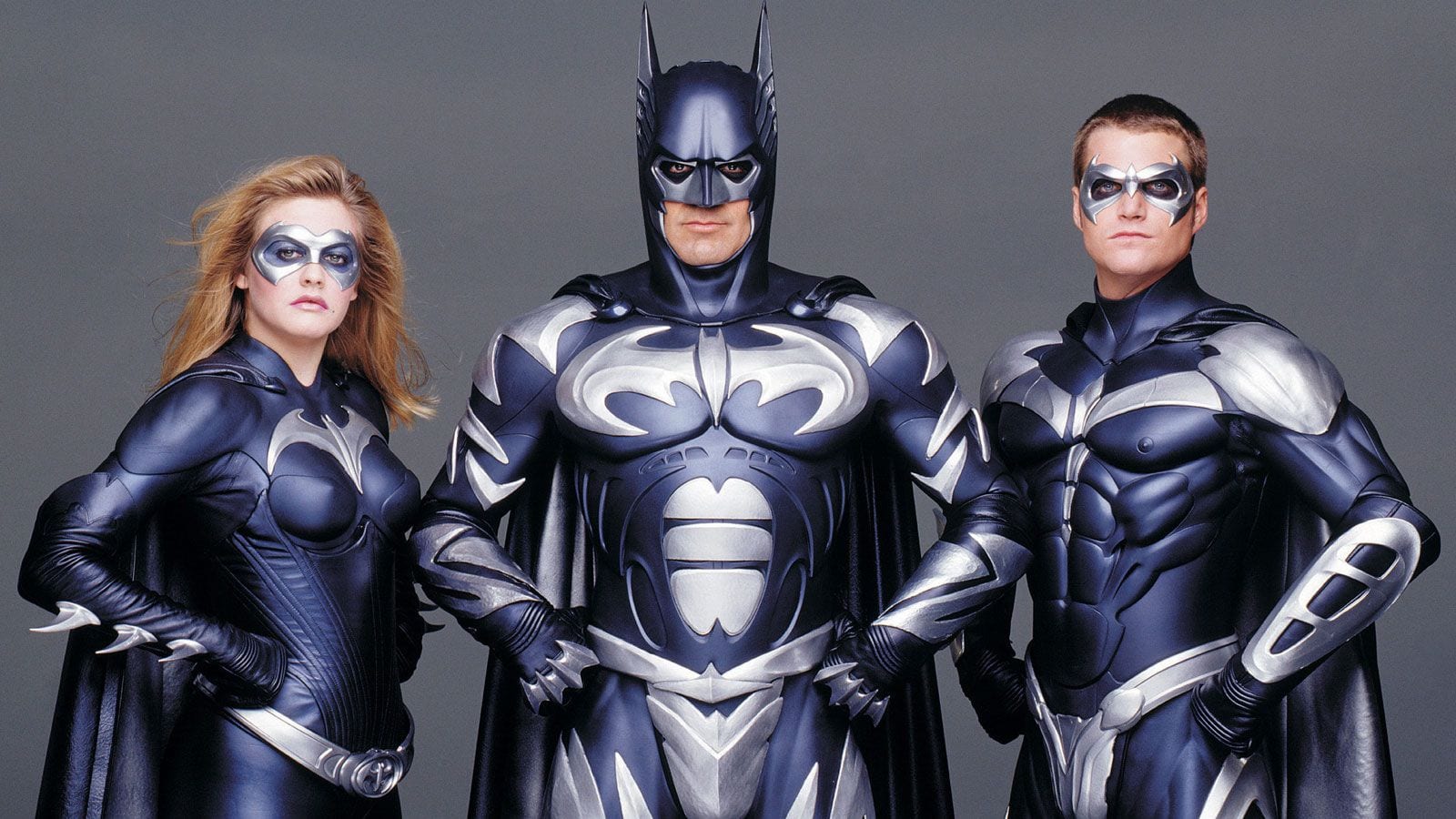 Over time, there has been movies that have just absolutely missed the mark on the tone (and overall movie for that matter) that the creative team involved attempted to create, leading to hilariously bad and entertaining results.  These are those movies.  Note that I will be ranking these movies by how funny they are without a concerted attempt to actually be funny.  Got it?  Good!  There is a SPOILER ALERT in effect so you’ve been warned.  Here’s a few unintentional comedies that just missed the list:

A movie with genetically modified intelligent sharks?  And Samuel L. Jackson?  Count me in!  This movie is so preposterous, throwing all logic and laws of science out the window.  The most hilarious moment, however, is when Jackson is giving a speech and is surprisingly eaten by a shark that jumps out of water.  It’s meant to be somewhat of a jump scare, but the CGI on the shark is so bad that you can’t help but crack up laughing. 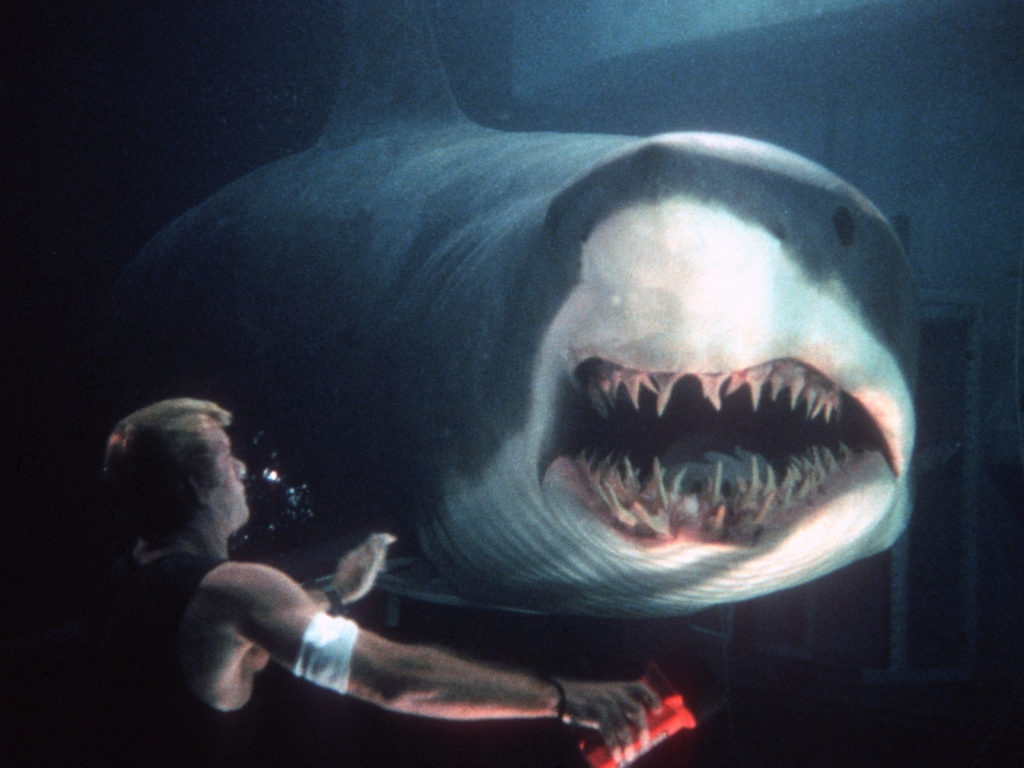 The Box tries to create a mystery/thriller around its implausible premise (Cameron Diaz and James Marsden contemplate accepting 1 million dollars with the trade off of one person somewhere in the world dying).  The film tries to be clever with its twists and turns, but each turn makes the movie even more ridiculous and implausible to the point where you can’t help but laugh at it.  There’s also some laughably bad CGI superimposed on Frank Langella.

image via The Film Connoisseur

Ohh Jean-Claude Van Damme, how we adore you.  Bloodsport is full of the fun combat scenes that are typical to JCVD movies, and the laughably bad dialogue too.  This film is the definition of the B-movie.  The fights are so campy that you can’t help but die laughing at Van Damme’s yell in the final fight.  It seems to go on forever, and I love every single second of its stupidity.

Here’s the top 10, and boy are there some stinkers.

If you haven’t seen Road House, the Family Guy parody that we’ve all come to love basically sums it up.  When Patrick Swayze comes to clean up the infamous bar, The Double Deuce (how am I suppose to take this movie seriously with that name?), you know he’s coming with a punch and an attitude.  It’s full of all the cheesy, stupid dialogue you would expect from a movie with such a premise. An unhinged Nic Cage is one of the best treats you can get as a moviegoer.  The first Ghost Rider was somewhat entertaining in the wrong way, but with even less of a script to work with in the sequel, Nic Cage goes absolutely crazy like we’ve come to love from him.  This movie has everything from the lovable Nic Cage yell to fire piss.  I’m not kidding, the Ghost Rider literally pees fire at points during the movie.

This movie was doomed from the start.  Based off of a novel from L. Ron Hubbard, the founder of scientology, Battlefield Earth is incoherent at best.  John Travolta pressured people to be in this movie while pumping in millions of his own money to get it made.  He’s also absolutely atrocious as the villain from everything from his goofy look to his terribly funny laugh that is suppose to be menacing.  This film is ugly to look at but man is it a guilty pleasure.

You’re bound to get a stinker when the plot of your movie is that plants are killing people.  M. Night Shyamalan fell further into the abyss with this misguided attempt at a suspense thriller.  Mark Walhberg gives the worst performance of his career, delivering most of his lines in a frozen shocked face.  The best laugh out loud moment however comes from a lawnmower running over a person.  It’s meant to a shocking, terrifying moment in the movie, but it just leaves you rolling on the floor laughing.

Birdemic is one of those movies that you absolutely have to watch because of how bad it is.  It has some of the worst CGI ever put to film.  So, when birds begin to attack due to global warming (no, seriously), it’s so unbelievably fake that you can’t help but laugh.  Naturally, it’s filled with terrible acting and idiotic dialogue. The best part about this movie is that it was made with such a sincere effort.  It makes it even funnier when you realize this is not a spoof.

Most people hate Judge Dredd from straying from great source material.  Personally, I think it’s one of the best comedies of the 90s.  Sly Stallone stars as the title character along with Rob Schneider as his partner (yes, THAT Rob Schneider).  Judge Dredd suffers from an unfocused tone, it doesn’t know whether it wants to a spoof movie or a hard action movie which leads to super cheesy dialogue (my favorite of which is when Sly yells I AM THE LAW) intermixed with bloody action. 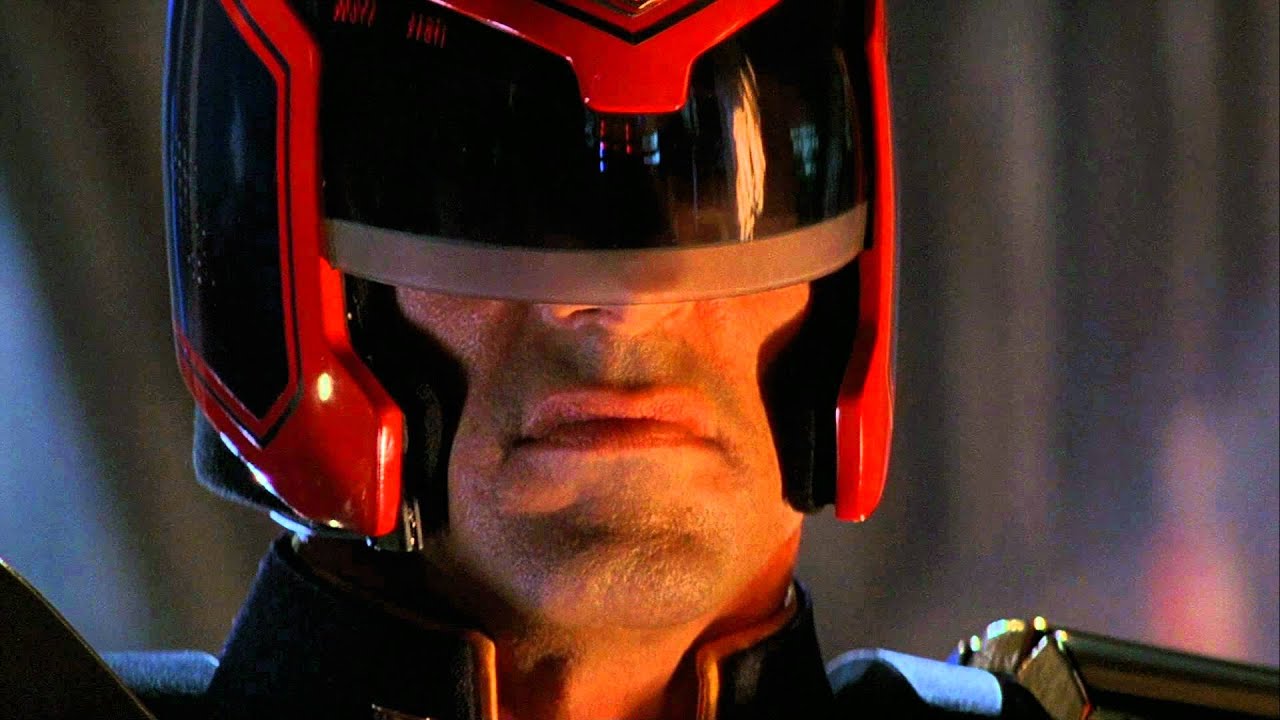 I’d argue that the creative team (if you can even call it a creative team) made a genuine attempt at a B-movie the first time around.  But when the movie got so much love for how bad it was, it turned into a full on spoof in its sequels thereafter.  Sharknado is full of horrendous acting and CGI sharks that are so fake that sharks in cartoon shows look more realistic.  The best gag involved is when Ian Ziering jump into a shark with a chainsaw in hand and cuts his way out the other side. 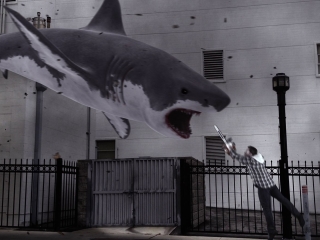 NOT THE BEES!  The Wicker Man is the most absurd Nic Cage performance.  Given absolutely nothing to work with in terms of script, Nic Cage is left to just yelling incoherently at a woman and dressing in a bear costume and smacking the crap out of another helpless woman.  The Wicker Man tries to remake a classic with some unique spins, but all those twists just end up making everything even more ridiculous.

Batman and Robin has the most puns per minute of run time of any movie ever made.  This movie reclaims the campy nature of the Adam West Batman series and squanders a good cast (George Clooney, Uma Thurman, Arnold Schwarzenegger) in a movie full of spandex and bat nipples.  After watching Batman and Robin, you’re sure to quote Mr. Freeze (Schwarzenegger) non-stop.

The Citizen Kane of terrible movies, The Room is Tommy Wiseau’s vision that went horribly wrong.  Everything about this movie is so inept that it’s actually impressive.  The Room has become such a cult classic that people will come together and celebrate the crappyness of it at big screenings.  Even the most mundane dialogue is said with the weirdest tone and inflection that lines such as “Ohh, hi Mark!” have people howling at the screen.  Upon watching this movie, you’re sure never to look at a movie the same again.

Thanks for reading!  What do you think about the list?  Were there any unintentional comedies that I left out?  Comment and let me know!

Lots of greats on there! Another personal favorite is Gymkata. A gymnast turned…spy, I think…? Nothing says quality like random gymnastic equipment turning up in a small village for your hero to use in beating up baddies!

Lol I’ve heard of that one! I’m pretty sure it was on one of Red Letter Media’s Best of the Worst episodes!

Just off the top of my head, another van damme – Universal Soldier!