Every Disney Live Action Remake From Worst to Best 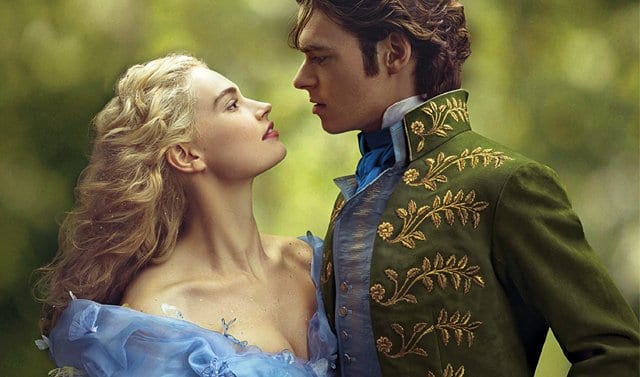 Disney has announced a large slate of live action remakes to their beloved animated properties to be released within the next few years.  Although Alice in Wonderland was released in 2010, the trend started in 2014 with the release of Maleficent and has continued ever since.  With Beauty and the Beast coming out this weekend, I thought it be a good time to take a look at the remakes put out in theaters thus far.

Full of all the weirdness of the animated film but none of the heart, Alice in Wonderland largely succeeded at the box office for its 3-D technology coming off of the heels of James Cameron’s Avatar.  Johnny Depp is just plain annoying as the Mad Hatter, continuing his tradition of playing zany characters in a lot of makeup.  The visuals are certainly impressive.  But, after awhile they just become nauseating as they overwhelm the audience.  Alice in Wonderland was yet another disappointment in the recent filmography of Tim Burton.

Angelina Jolie pitches in a great performance as Maleficent in the lead role, but the film as a whole falters mightily.  I’m never one to penalize a film for trying something different with the source material it comes from, but Maleficent went way too far, completely changing the character of Maleficent into a misunderstood protector of Sleeping Beauty.  For comparison, this change-up would be like if there was an origin story to Voldemort where we found out that he actually protected Harry Potter as a child.  Other than this fatal flaw, Maleficent offers nothing noteworthy to make up for it, leading to a disappointing film.

Sweet yet forgetful, Disney took a chance with this lesser beloved property and made a charming film that unfortunately failed to speak to audiences like the other movies on this list.  Pete’s Dragon has a gentle, more restrained feel than many Disney films despite having a big, green fury dragon at the center of the story.  While the film doesn’t have that “wow” factor that you look for in a magical Disney retelling, the film filled with nice performances from Robert Redford, Bryce Dallas Howard, and Oakes Fegley.

Kenneth Branagh helps to do what Maleficent should have done by adding little twists to the story of Cinderella but keep the central story intact.  Lily James was perfect casting as Cinderella, offering all the feel good charm and loveliness that we expect from the famous character.  I give a lot of credit to Kenneth Branagh for creating a different feel to this version of Cinderella, making the film feel like a Victorian-era tale.  This was the film that validated the need for Disney to move forward with their plans to create live action remakes as it perfectly balanced new qualities with old qualities that we love.  Cate Blanchett gets special recognition for her suitably hateful performance as the Wicked Stepmother.

Although some moments of the iconic animated film don’t translate very well to live-action, Beauty and the Beast recaptures a solid amount of the magic that made the original so great.  The film is solidly cast, with Luke Evans perfectly capturing the cockiness of Gaston.  It would be a crime if this film wasn’t nominated for either best production design or costume design as the film looks absolutely gorgeous from start to finish.  Although the film largely re-films the animated movie, the 2017 version of Beauty and Beast adds some nice little touches to the lore to update the film for today’s society.

*To read my review of Beauty and the Beast, please click here.

To this day I still can’t believe that this scene was filmed on a green screen in Los Angeles and not in a jungle somewhere in the rain forest.  No film should ever have an excuse for poor CGI now that this movie has been released.  Jon Favreau once again shows how great of a director he is when given the right material as The Jungle Book even improves on the original.  While the film neither commits to taking the source material in a new direction or staying close to the original, the film has great performances from Neel Sethi as the only character in live action as well as Idris Elba, Bill Murray, and Ben Kingsley in voice roles.

If you enjoyed this article, please feel free to subscribe via email below:

*Note: Alice Through the Looking Glass is based off an animated film that was not produced by Disney

[…] Disney released the following statement regarding Colin Trevorrow’s departure from the franchise: […]

I think we would be having a different conversation when Lion King comes out. I also think Mulan will surprise us.

I hope so! I’m really looking forward to both of them!

Still need to Pete’s Dragon. Have you seen the new Beauty and The Beast yet? Curious to see where you’d rank it on this list!

I saw it this past weekend, I’m going to update the list this week!

Nice! Would you be interested in sharing any of your articles with our readers on moviepilot.com? I’m a community manager here for the site and would love for you to get involved!

email me at the contact page of the site and we’ll discuss it further!

Will do [insert thumbs up emoji]

Of the movies on this list I’ve only seen Cinderella, Maleficent, and Alice in Wonderland, but I agreed with your points on those three. Never cared for the Alice story in general. Maleficent had a great premise and chickened out by turning her into a good guy. Cinderella was sweet and heartwarming with gorgeous sets and costumes.

I would urge you to see Jungle Book too it’s pretty remarkable!

I keep meaning to. I see it’s on Netflix now. I’ll have to see it sometime

I think the worst is Maleficent. True, that Jolie did a great job in the role, but the movie was too busy and “tonally” unbalanced.

Very true, but I just can’t get passed Johnny Depp and his annoying schtick lol

Haha….can we agree that the sequel (Alice Through the Looking Glass) was worst.

I was suitably impressed with The Jungle Book and cannot wait for Jon Favreau’s version of The Lion King. Although I did love Maleficent and that would be my number 2, with Cinderella 3rd and Pete’s a dragon 5th. Xx

Lion King should be pretty sensational. However I don’t necessarily think that would be considered live action since there will only be voice performances

Yeah I thought that as well but they are calling it a live-action remake. I guess we will know more when they start filming.

I liked Alice in Wonderland. Okay, it was different but it was quite enjoyable (though the sequel was pretty rubbish).

Never was a huge fan of the animated Jungle Book but really loved the live action version. Loved the casting, particularly Bill Murray. Only other movie on this list I’ve seen is Alice in Wonderland, which I’d agree was not great. But I might watch Cinderella now based on your review. Thanks!

You got it! It’s always nice to be able to turn people on to new films!

Great list! I differ a little just because I really didn’t enjoy Maleficent. So maybe Alice in Wonderland might get a little higher for myself especially since I do like Mia Wasikowska. And I love the story of Cinderella so it might rank a little higher than Jungle Book but they are pretty much neck to neck :). Still have to see Pete’s Dragon though…hopefully soon.

Will you be updating this ranking as more live action Disney remakes come out?

Absolutely! I plan on going through all my rankings and top ten lists soon and updating all of them!

That sounds awesome! Looking forward to reading it! :)

Can’t even remotely agree on Alice. Loved the live-action, generally despise the cartoon–it doesn’t have a heart or a feel for Carroll’s quirkiness, just a lot of stock cartoon wackiness. Though the two are separate enough I’d count the live action version as an unrelated take on Carroll.

You’re entitled to your opinion!

Seems right. Although I liked Pete’s Dragon a little bit more than Cinderella.

That’s fair! They definitely both make you feel good!

I actually quite liked Maleficent. It was beautiful and I liked the story be caused by I detest Disney Princesses and the message they send. Agree with you on the rest.

That’s fair! It does change the character though

Yes and I think that is why I liked it. I loved that she was the one that broke the curse. A mother’s love instead of a prince.

That’s a pretty fair ranking, although I haven’t seen Pete’s Dragon yet.

What film was Alice Through the Looking Glass based on?

But, is this Disney remake BASED on that Australian animated film? I thought this remake was just a sequel to the 2010 film and although sharing the similar title with the Australian film, it’s not an adaptation of that?