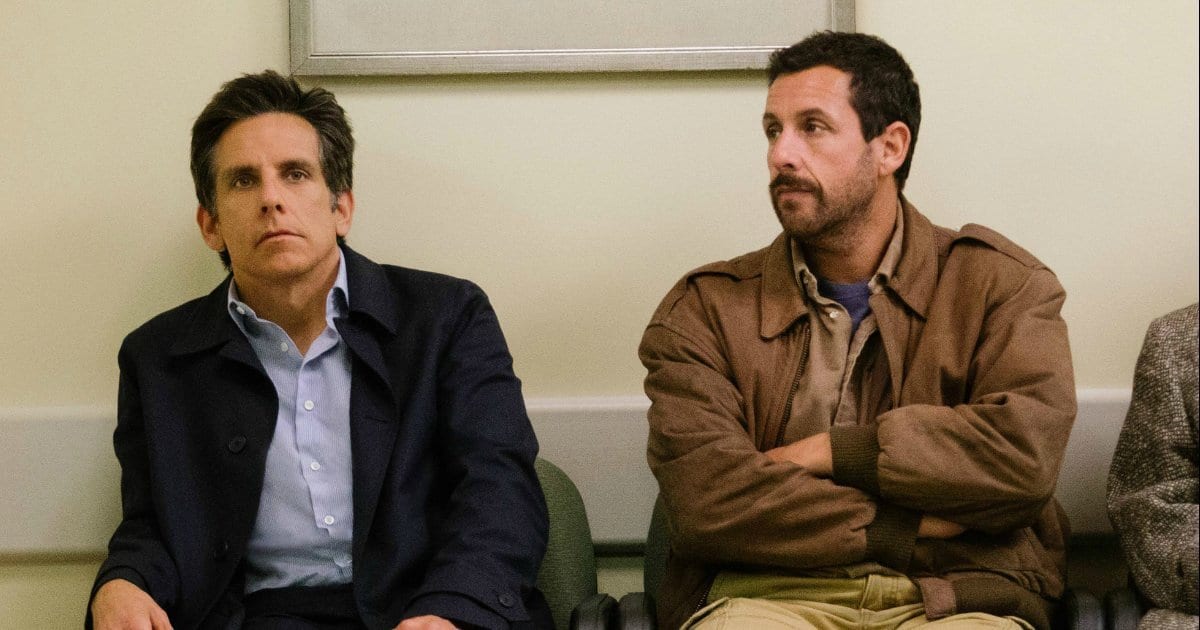 Although his recent work has been torn to pieces by both fans and critics, Adam Sandler has a new trailer for his latest film, and it may just get some buzz during the awards season.

The latest promotional material for Noah Baumbach’s latest film, The Meyerowitz Stories (New and Selected) has landed on YouTube.  The film debuted at Cannes Film Festival, becoming one of the best reviewed films at the festival despite the festival’s dislike for the streaming service.  The latest Netflix effort from Sandler has a stacked cast that also includes Dustin Hoffman, Ben Stiller, and Emma Thompson.  However, critics are singing the praises of Adam Sandler first and foremost.

While the film will focus on the influence of an aging father (Hoffman) on his children, some of the film will include music that has Sandler returning to his singing roots of years past.  If the film continues to receive buzz, it might just make an Oscar push once it debuts on Netflix in October. When people discuss Adam Sandler, they normally turn to the fact that his first few films were pretty great, but it has been pretty downhill ever since.  However, a film that is easily accessible for many Americans could help give him some more credit among film fans once again.  Since Adam Sandler began his deal with Netflix, he’s pumped out films like The Ridiculous 6, The Do-Over, and Sandy Wexler.  With such “comedies” in his filmography, a grounded family drama would do a lot to help his cause moving forward.  He isn’t the driving force from the creative side this time around, the film can still do wonders for his career.

We’ve seen some great dramatic turns from Sandler in the past, making this performance not necessarily surprising, but welcomed.  Deep down, we all want Sandler to be great.  He’s given us a lot of joy over the years.  We just want to see him be a lot more consistent and choose better projects in which to get involved. With positive buzz coming from one of film’s most prestigious festivals, Sandler may be primed for a comeback.  Or, he’ll go back to lowbrow comedies that star all of his friends.  Either way, The Meyerowitz Stories will continue the enigma that is Adam Sandler.

Thanks for reading!  What are your thoughts on Adam Sandler’s next film?  Comment down below!

[…] Wars fans are relieved to hear that Trevorrow is leaving the project considering his filmography thus far. However, I wouldn’t go that far. Colin Trevorrow has discussed in many interviews […]

I support Adam Sandler either way, he has made me crack up.

I think deep down we all want him to do good!

Have to say, I like your style of review here; generous, courteous, and encouraging. You don’t ignore the fact that Sandler has made some less than brilliant choices, but you don’t slam the man either.
I agree, we want Adam Sandler to do well.
One of my favourite of Sandler’s movies was REIGN OVER ME, with Don Cheadle. No question, Sandler can act.

Glad to know I have some support! Whenever you get Sandler in a dramatic role, he normally delivers very, very nicely. Fingers crossed!

Well said! I agree on all counts.

The Influence of Movies: How Far Does It...