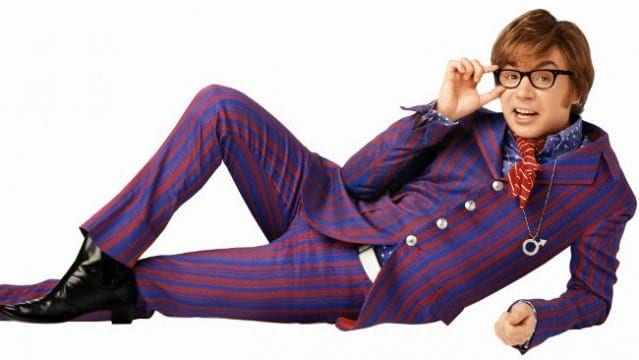 Sometimes the thing we need most from a movie is a good chuckle from overtly silly situations.  The best examples of which usually come from wacky, zany spoof movies.  Although spoof movies have taken a dip in quality in the last few years, there’s still a rich history of films that have made us cry with laughter.  But which flicks rank as the best spoof movies of all time?

Mel Brooks is no stranger to the spoof genre.  He has made countless classics (of which some are on this list) that have continued to make millions cry with laughter.  Blazing Saddles does a fabulous job of sending up the Western genre with silly and edgy humor that remains mostly intelligent rather than becoming annoying and stupid.  Led by the late Gene Wilder and Cleavon Little, Blazing Saddles lives on mostly due to fabulous writing by Mel Brooks himself alongside Richard Pryor and others.

Arguably one of the best mockumentaries ever put to screen, This is Spinal Tap works on just about every level.  The film takes a super comical look into the world of rock and roll.  From hilarious songs to witty banter between actors, the film is actually a surprisingly compelling story beneath the surface.  This is Spinal Tap has fabulous writing in almost every aspect led by the crafty direction from Rob Reiner.

Rather than take a subversive look into moments in time that goes far beneath the surface, Mel Brooks simply tries to riff off of singular, important moments in history by taking them to the most absurd levels possible.  History of the World Part I may not the most intelligent or witty motion picture ever conceived, but it certainly is funny.  That’s certainly enough to be considered one of the best spoof movies.

Austin Powers takes what we love about the James Bond films and spins them in such a way that made all of us wonder why we take 007 so seriously.  Austin Powers is ridiculously, obviously.  However, it’s absurdist humor is used in such a way that makes it a little more than the average fart joke.  Even if you don’t believe that, it’s still pretty hilarious at the surface. Watching this movie makes me miss Mike Myers in Hollywood since he’s obviously such a talent.

Ever since the original Star Trek television show aired in September of 1966, the series has been begging for a great spoof movie to make fun of its intricacies.  Galaxy Quest is ingenious in that looks at a heighten version of what the relationships between the actual cast members were once the show fizzled out. Not only is Galaxy Quest very, very funny, it’s very smart as well.

The Lego Batman Movie takes arguably our favorite superhero today and subverts all the tropes and characteristics that we’ve come to love, making arguably the best DC film since The Dark Knight.  There is such an understanding for the character in this film.  There was a ton of low-hanging fruit of which the writers could have made fun, but the script was way more intelligent than anyone could have imagined.  This created a film that, while super funny, has a surprising amount of heart to boot, certainly making it worthy of being one of the best spoof movies ever conceived.

Over time, Leslie Nielsen has become the face of spoof movies over the years.  While he’s been in many of them, one of his most memorable has to be the first The Naked Gun.  Like others on this list, The Naked Gun focuses simply on cultivating the most absurd gags possible and succeeds mightily.  Nielsen has a certain look to him that just works perfectly for The Naked Gun, allowing his reactions to fit in perfectly with the hilarity around him.

This may seem like an outside of the box choice to many, but 22 Jump Street actually subverts the entire studio outlook of making sequels in Hollywood.  From purposefully recreating a similar plot to the first film to characters commenting on what makes sequels horrible, 22 Jump Street is as influential on the comedy genre as it is funny.  However, the funniest moment in the entire movie may be the end credits which shows what future sequels may ensue while signifying how a studio will continue to try to wring out as much money as possible out of a franchise.

Another great spoof film involving Leslie Nielsen, Airplane! has continued to have a lasting impact on pop culture through various types of parodies.  What makes Airplane! so great is that contains non-stop hilarity.  Every single scene has some type of gag involved.  However, each gag has some type of intelligence to it, making each little piece of the film memorable in some capacity.  If you watch any type of current comedy entertainment, odds are that Airplane!’s influence is in there somewhere.

Monty Python and the Holy Grail certainly doesn’t have a higher meaning.  Moreover, the film isn’t all that subversive.  But what Monty Python and the Holy Grail does having going for it is that it is incredibly funny, leaving you in tears at certain points throughout the film.  The movie doesn’t really care about structure, pacing, or classically constructed scenes, but it certainly knows how to craft a joke.  Monty Python knows what it is and sticks to it, helping to not just make one of the best spoof movies, but one of the best comedies period.

Thank you for reading! What are your thoughts on the top 10 best spoof movies? Comment down below!

What’s great about Galaxy Quest is that it spoofs and pokes fun at the sci-fi, Star Trek genre whilst also being an amazing sci-fi film. You can tell it really respects the genre and I think it has the perfect balance. For the same reason, I think Spy is does a great job at making fun of all the usual spy tropes whilst also being an amazing spy film. So Spy would definitely be the top of my list.

I really like Spy! I wouldn’t necessarily categorize it as a spoof movie, but it certainly plays with those tropes!

I would argue Monty Python’s Holy Grail transcends the spoof genre; it’s definitely my favourite on your list.

My second favorite, Austin Powers, is a true spoof. So many scenes are straight from over the top James Bond films. You watch them thinking they’re ridiculous, but if you go back to the original films, they are actually spot on. E.g. Dr. No *is* the only person wearing a radiation suit. James Bond does kill every baddy with on pistol shot in Thunderball, while dozens of Spectre goons armed with submachine guns can’t hit him.

Finally, Galaxy Quest not only sends up Star Trek, it also spoofs the fandom and the cast of the classic series brilliantly. While I enjoyed Spaceballs, Mel Brooks’s spoof of Star Wars, Alien, and Planet of the Apes, Galaxy Quest is on another level.

Monty Python’s Life of Brian is by far a better send up of the genre than Brooks’s History of the World, IMO.

A recent spoof that I really liked was the film American Ultra. While it is arguably its own thing, it manages to send up the Bourne films wonderfully. I had much more fun watching a couple of stoners become activated sleeper agents that I did watching the last episode of Matt Damon’s ever declining franchise.

I haven’t seen American Ultra yet, I might just have to do that soon!

I wouldn’t say it was great, but I really enjoyed it.

I’ve become somewhat intrigued by Max Landis (the screenwriter of the film) so it might interest me!

Great list! Airplane!, Monty Python & the Holy Grail, Blazing Saddles, History of the World Pt 1 and This is Spinal Tap are among my favorites. I hate when people write “I would add…” on my Top 10 posts, so I won’t do it. I’ll just say two others that are among my personal faves are “Young Frankenstein” and Neil Simon’s “Murder By Death.” That film has an incredibly dumb plot, but some of the best comedic lines ever.

Lol thanks for sparing me!!!!

I love this list, but I would have added in Spaceballs. I feel like this list is incomplete without it really. I’m glad you avoided the Scary Movie tropes though. Parody and spoofs are an art unto themselves. The Scarry Movie style parodies are kind of an insult to the subgenre in my opinion. They take the formula perfected by movies like Airplane and do nothing creative with it. Monty Python is a good #1 but I personally see Airplane as the godfather of parody films.

Spaceballs was a last second omission! Tough one to keep off

I’m kind of surprised that you left Young Frankenstein (where it riffs on classic, black-and-white horror) and Spaceballs (a poke “mainly” at Star Wars, though there’s also a dash of Star Trek & Alien in there) weren’t included. Oh, well. It is your opinion, after all.

Those were last second omissions!

I understand. It only crossed my mind because it seems like good spoof movies have decided to take most of the 21st Century off. In this time frame, they’ve been lightyears between.

Couldn’t agree more! They’ve all been pretty terrible for the most part

Several of these are favorite comedies for me, along with one guilty pleasure not listed here which I shan’t reveal.