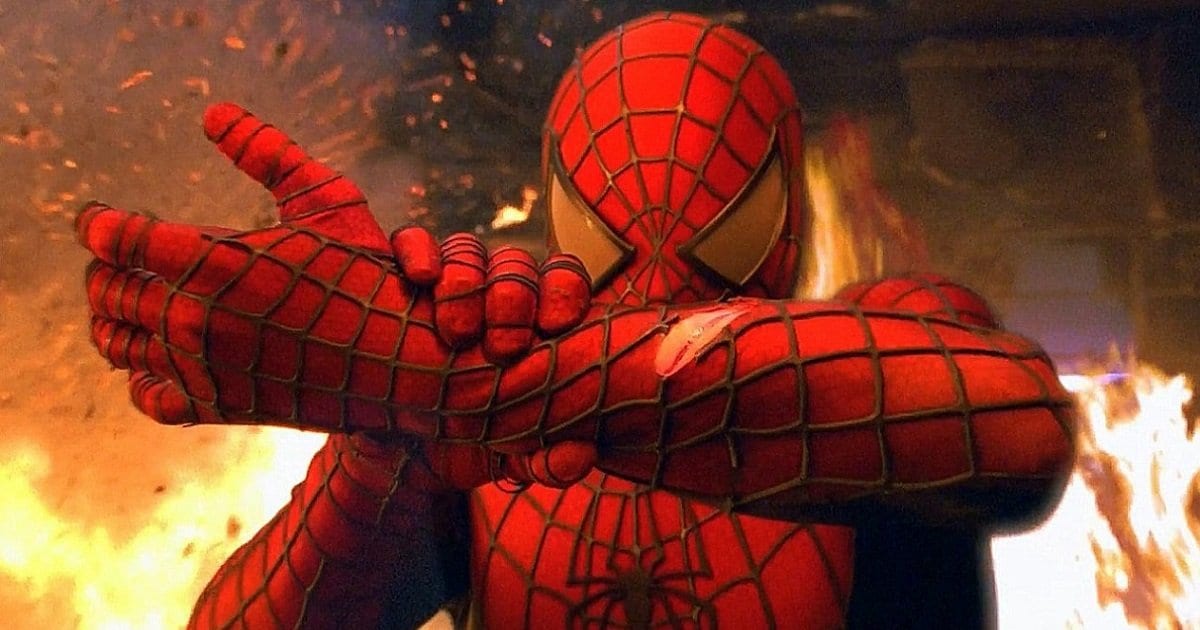 On this day, 16 years ago, Spider-Man was released in theaters! Everyone from kids to adults were ready to see this well-known Marvel hero on the big screen for the first time ever, and the film opened big in its opening weekend, earning $114 million as a result. The movie was a hit and later spawned two sequels, but you probably already knew that.

However, there was always this fear that the movie was not going to do well as it did. The movie came out following the 90s, a decade where superhero movies weren’t very good to say the least. So how exactly did Spider-Man become a hit and later change the game for superhero movies? Well today, on its 16th anniversary, we’ll answer that question. 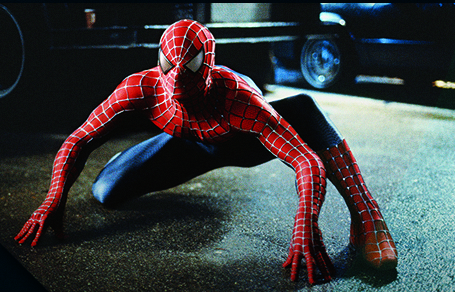 Before the rights were in Columbia Pictures’ hands, Spider-Man bounced around a couple of studios before finally seeing the light of day.

First came Cannon Films, who agreed with Marvel on a $225,000 five-year deal. However, the script that was written by the studio was a little over the top and would have had cast up-and-coming actor Tom Cruise in the lead role. The studio had troubles getting the movie through development, so Marvel took the character to another studio.

Next came MGM, where, believe it or not, James Cameron took it upon himself to write a script. The script was half screenplay, half narrative story outline. Where Cannon Flims’ script sounded a little over the top, Cameron’s script was WAY over the top. His script featured heavy use of profanity, Peter revealing his identity to MJ, and Electro and Sandman as the villains. The script also featured Peter and MJ having sex on the Brooklyn Bridge (what?!).

Studios then turned the situation into a big problem as the rights for Spider-Man lead to a lawsuit, causing Marvel to go bankrupt. (I know, right? The company that makes millions every year went bankrupt? Unbelievable!)

So How Did it Change Superhero Movies?

The movie went into production in 2000, coming off the decade where superhero movies were possibly characterized fun and filled with action, but they didn’t exactly capture one important aspect, and that’s character development.

Peter Parker is one of, if not, the most relatable comic book characters ever. He’s smart, very shy, and has a crush on the prettiest girl in school — a perfect analog for a regular high school student. When he’s bitten by a spider, his life turns completely upside down. Other than his physical appearance, he’s more confident in himself about everything. Heck, he even went on and fought Randy Savage, or “Bonesaw.”  It was one of the first instances where the hero was very relatable.

Then came the famous speech from Uncle Ben, which included the famous line, “with great power comes great responsibility” followed by his tragic death that same night. With Uncle Ben’s last words on Peter’s mind, it changed him as a person — and us as the audience.

The Direction and Story

While the studio did list big name directors to helm the movie — names like David Fincher and M. Night Shyamalan — the studio went with Sam Raimi. Raimi was known for horror movies, but because of his passion for the comic book character since his youth, the studio decided on him. The direction of the movie was set from the start: a grounded and mature superhero movie.

The story by David Koepp was pretty much James Cameron’s script, keeping most of his dialogue. Koepp did however tweak it a little, removing Electro and Sandman for Green Goblin. Raimi didn’t like the idea of too many villains and felt having the Green Goblin would be a good theme of a father-and-son in Norman Osborn and Peter Parker. A few more minor adjustments were made to get the story we know and love (including the removal of that weird sex scene on the Brooklyn Bridge). 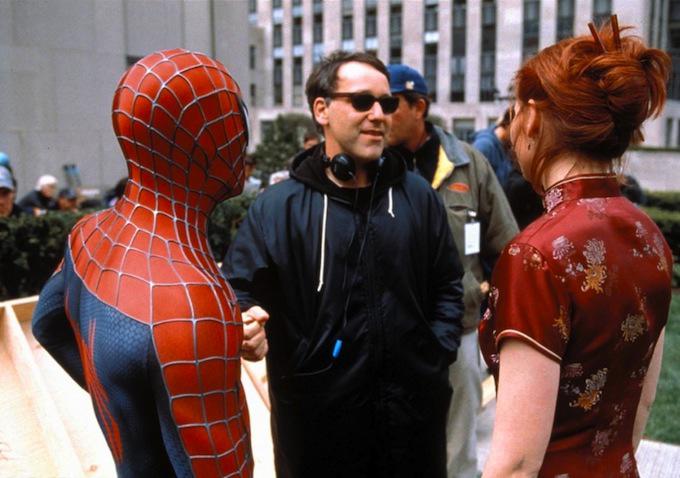 Tobey Maguire nailed it as Peter Parker. He was very nerdy and shy around MJ. As soon as he gets his powers and puts on the mask, he’s very quippy and loves being the web-slinger. Tobey’s performance was really special and just felt as if he was actually Peter Parker. Another great performance was from the movie’s villain, Norman Osborn a.k.a. Green Goblin, played by Willem Dafoe. His dark motives for fighting Spider-Man drives him mad and Willem Dafoe absolutely perfects it. 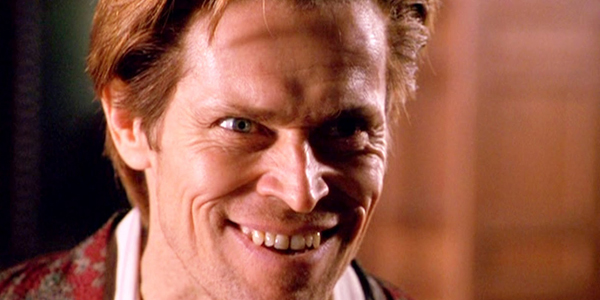 The visuals of Spider-Man swinging from building to building to Green Goblin on his glider was all special to see, and it was unlike anything that most people had ever seen before. The visuals that were used were all incredible and Spider-Man changed the way special effects were used in superhero movies for good.

As you watch the MCU’s 19th film in theaters over the next few weeks, let’s never forget what movie changed the way we look at superhero movies. From them almost being box office poison to now being big box office hits, it all started with Spider-Man. From the story to the performances to the visuals, Spider-Man is still influential today.

Thanks for reading!  What are your thoughts on Spider-Man?  Comment down below!

I’ve always loved the first Spider man movie. It was grounded and the acting was good. Plus those emotional moments really hit me.

I really enjoyed this Spider-Man for that reason, but no we’ve become so saturated with super hero films, I just cannot watch them anymore. I think Batman Begins was the last superhero film from the 2000s and onwards that I really enjoyed.

Talk about serendipity. I was discussing Avengers: Infinity War with young friends yesterday and mentioned that this Spiderman move really shifted the genre. Cheers

So Sony acquired the film rights to Spider-Man in a trade with MGM that involves James Bond, huh? For the record, only one James Bond film was distributed by Columbia: the 1967 film Casino Royale. After all, Warner Bros. handled the only other unofficial Bond film Never Say Never Again. Anyway, while Blade II did come out the same year, that was limited to the R-Rated crowd (though it was a good film in its own right). Thanks to 1998’s Blade and 2000’s X-Men, they helped build the momentum that Spider-Man would knock out of the park and make the comic book/superhero genre relevant again. Sure, it’s not without its dated cheesiness. However, I can forgive that due to when it came out, since it was a feel-good film that we needed during our first year in a post-9/11 world. Yes, the genre has grown more sophisticated over the years, but we would never have gotten there without Sam Raimi and company giving the adrenaline shot that we’ve been riding on ever since 2002. Thank you Spider-Man for leaving a legacy that still rings today.

Tobey MaGuire’s, Spider-Man / Peter Parker has and I think always will be my favourite version of Spider-Man. As a kid I remember being in awe of the Rami Spidey films.

Spider-Man was the first superhero film that got my attention, mainly because the plot was really sharp, Green Goblin was awesome and Maguire’s depiction of Peter Parker was likeable and engaging. At its core it is a really well constructed film, but as a superhero film it was unprecedented for its time.

Sex on the Brooklyn Bridge, huh? Reminds me of the scene from Batman: The Killing Joke, lol.

One time I heard the question, “Name a movie that changed your life forever?” Spider-Man is that movie for me. If not for Spider-Man, I wouldn’t have been as obsessed with superheroes as I am now.

How do you know he doesn’t?