I'm trying to make a living and that vigilante and his sidekick are ruining my life. 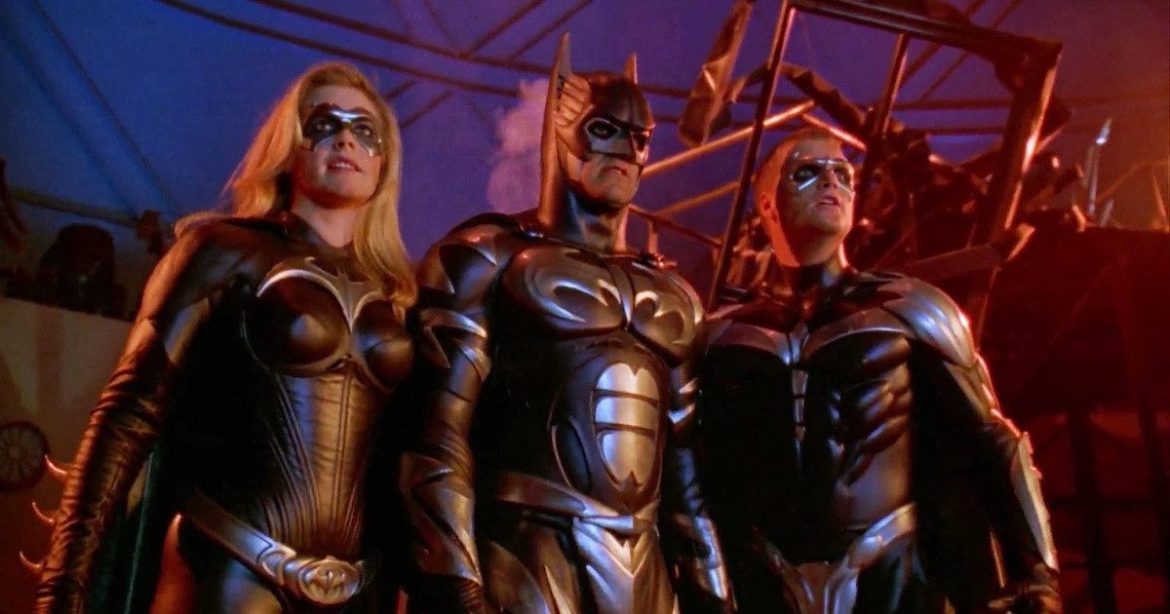 When you’re just a regular guy trying to run a shabby little bodega, life is hard enough. Local thugs rob me almost daily. Occasionally, a bigger villain will stop by with a threatening gadget and blow up the front counter, but the insurance money always covers repairs.

What’s really hard to deal with are the “heroes” of Gotham: Batman and Birdboy. These guys are making my life a lot harder.

In Light of Recent Events

Take last week. It was a normal, dark day in our lovely little city. I was opening up the shop for the day while some old woman in neon spandex robbed the drug store across the way. I waved at her — she’s a regular. She smiled and flipped me off.

Then Batman and Robin showed up.

He came barreling past in his gaudy sports car, spraying me with the sewage water that fills the gutters. Not five seconds later, his young associate, Robin, drove by on a trendy motorbike, spraying me again. They yelled something about a Mr. Freeze, so I can only assume they were on their way to the ice cream store.

My biggest problem with Batman is how he focuses on the wrong villains. A most enchanting young lady came into my bodega one night to buy some little succulents I had in my front window. She told me that the millionaire Bruce Wayne was polluting this planet and refusing to invest in clean energy. Of course, this was no secret but she told me she had a whole plan laid out to stop the pollution and he rejected her outright. What kind of heartless man does that?

Why isn’t Batman seeking this evil man out? Why isn’t he putting more effort into stopping the corporate criminals of the world? I could care less if Mr. Freeze wants to steal some priceless diamond. I just want to live on a clean planet where I can breathe the air without coughing.

Maybe Batman doesn’t care about the environment. Maybe Batman is a nihilist and wants the world to be even harsher and unforgiving. It wouldn’t surprise me with all that emo stuff he says. I am Vengeance, I am the Night, I am Batman — what kind of well-adjusted human says something like this?

Every new detail about the man who thinks he’s a bat is more concerning than the last. For example, who is the random kid who tags along with him and calls himself Robin? Does that child have parents? Is he an orphan? Did he willingly sign up to risk his life every day with that insane costumed man?

I’ve never actually met him but my friend who owns a bodega across town ran into him once. The boy came into the store and bought a bunch of candy and junk food and said it was for his “missions with Batman.” First of all, who gave this child money and left him unsupervised in a convenience store? Second of all, what “missions with Batman”? Why is this adult man risking this teenager’s life for this godforsaken city?

That child should be in school, not worried about having to save the city every night. This is child abuse and Gotham Child Protective Services needs to get on this case immediately. Does he even know how to read or write?

Batman and Robin do good sometimes, but most of the time they just make things worse. Mr. Freeze literally just wanted a diamond to power his suit so he could live. Batman, however, couldn’t let the city part with its precious diamonds and blew the problem out of proportion. After all that, we found out that Mr. Freeze was just trying to find a cure for his wife’s MacGregor syndrome. What kind of heartless man stands in the way of that?

Then there’s Poison Ivy. She just wanted a better environment. Sure, she killed some people in the process but is Gotham really that much worse off without a few security guards and cops? It’s not like they do much anyway; they all just sit around and wait for Batman.

I’m surprised Batman hasn’t gone after the bodega owners at this point. Do you know how often we get our stuff from the black market? Gotham’s economy is insane — who can afford to be an honest businessman anymore? Why doesn’t Batman go after the monopoly that is Wayne Industries? Now, there’s a villain that could use some jail time.

Listen, Batman (and Robin, if you even learned how to read), I’m not your biggest fan; I’ve made that pretty clear. But you can still redeem yourself in my eyes. Start going after the corporate criminals of Gotham. Stop going after the kooky wannabes like Mr. Freeze or Poison Ivy. They’re not worth your time and they are just trying to live their lives in a dreary world. Go after the men who made it dreary.

And stop breaking my front window in high-speed chases. Glass ain’t cheap, especially in this economy.

Thank you for reading! What are your thoughts on Batman & Robin? Comment down below!