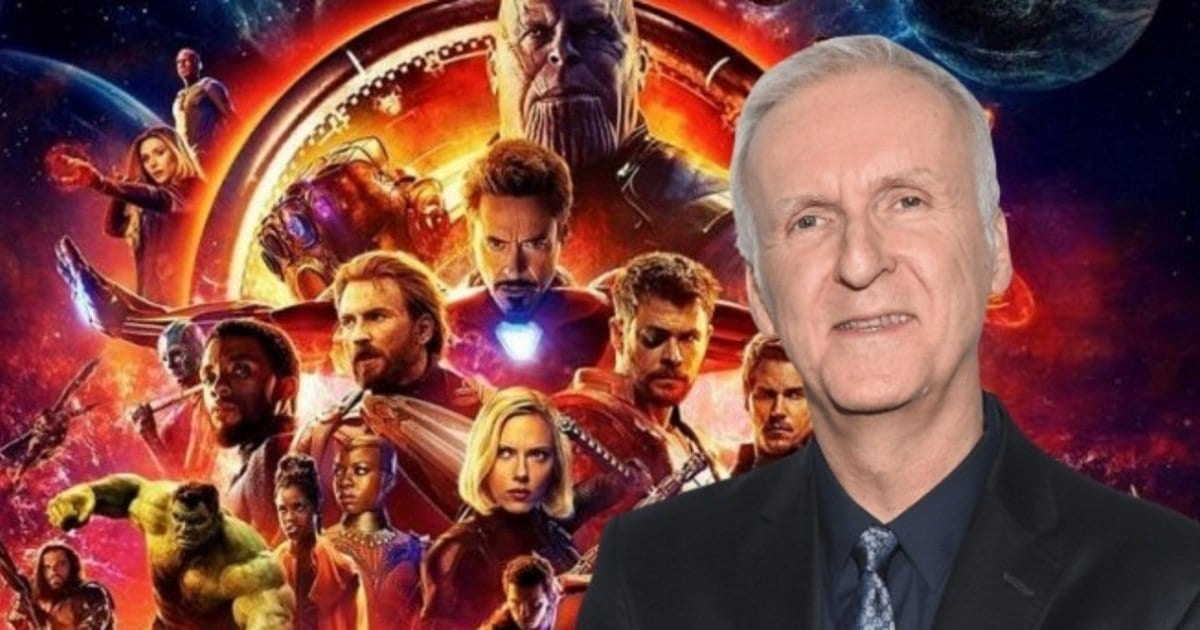 On Saturday, IndieWire reported that James Cameron hopes that moviegoers will soon develop “‘Avenger’ fatigue” because, in his own words, “there are other stories to tell besides hyper-gonadal males without families doing death-defying things for two hours and wrecking cities in the process.”

Is there? Is there really, Mr. Cameron? Because it seems like your movies tell the same story that you seem to loathe.

Just to assuage your concerns of my hatred toward successful director James Cameron — no, I do not hold some long, unresolved grudge against the man. I enjoy his films just as much as the next person. He creates some wicked visual effects and has forged new paths in the genre of science fiction. I really don’t appreciate the way he has referred to the Marvel franchise here, mostly because it reeks of hypocrisy. He berates Marvel for producing films with males compensating for lack of masculinity, lacking familial relations, performing death-defying stunts, and destroying civilizations in the process, and yet many of his movies have the same characteristics.

Does James Cameron really have the standing to criticize the Marvel Universe?

I’m not going to throw out those accusations without some evidence, so allow me to strengthen my argument with a couple examples. 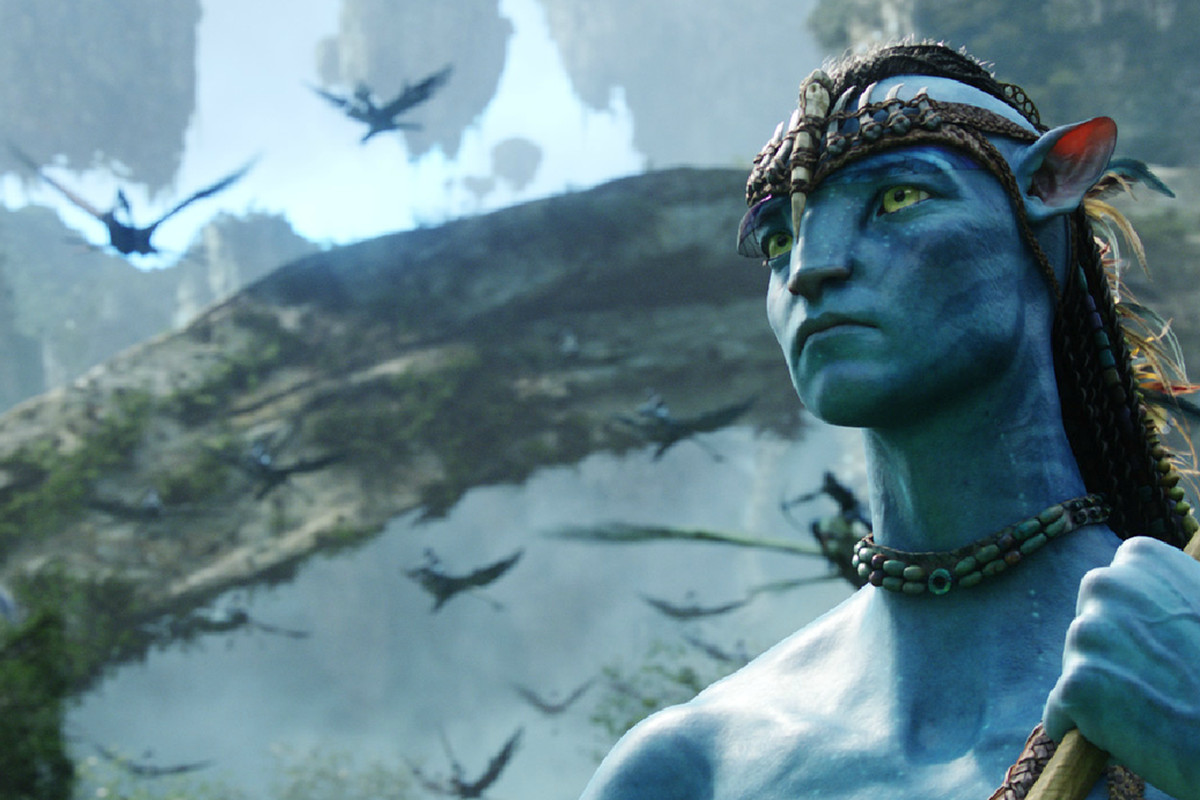 Cameron’s most popular movie to date, this movie includes all of the above mentioned criteria. Jake Sully (Sam Worthington) is a Marine — practically the definition of hyper-gonadal (sorry jarheads) — he loses his only family, he performs death-defying stunts as a Na’vi, and the final battle ends up demolishing a good chunk of Pandora. Cameron plans to make four more Avatar sequels, referring to them as his “Godfather-like” sequels. You sure audiences aren’t suffering from Na’vi-fatigue, Mr. Cameron? 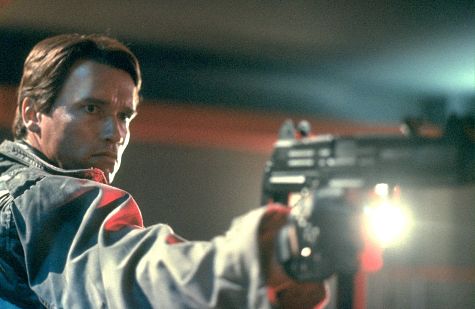 Another popular movie of Cameron’s, this one may be missing some of the elements he claims to abhor, but it still includes as many as it can. First of all, The Terminator stars Arnold Schwarzenegger, so we have hyper-gonadal male covered. He’s an emotionless cyborg, so any chance of having a family is out. He also performs a few death-defying stunts, including a car chase or two. The only thing this particular film doesn’t have is mass destruction — most of the city stays intact, minus a few vehicles and buildings. And the creation of five sequels seems to point to a little Terminator –fatigue, does it?

Minus the fact that he described two of his biggest blockbusters with his hypocritical description of Marvel, he also describes his overall directing technique with his criticism: if the audience likes it, work it into the ground with sequels.

Cameron seems to hope that people will grow tired of all the Marvel sequels and flock to his own sequels, negating the fact that people may still be feeling the effects of the overrated originals.

While I myself am not a huge fan of sequels, I recognize the genius behind Marvel’s own strategy of releasing sequel after sequel. There’s a reason why no one gets tired of their movies — they have so many different characters to work with. Of course, every movie they release will be a superhero movie, but it’s a different hero each time. In 2017, Marvel generated interest through Guardians of the Galaxy Vol. 2 (2017), Spiderman: Homecoming (2017), and Thor: Ragnarok (2017), featuring different heroes each time.

Cameron’s Avatar or Terminator don’t have that luxury, which is why they’re not being hyped as much anymore. Who wants to see the same old characters do the same old things year after year? The actors don’t even change — the only difference is the increasingly watered-down story line with each sequel.

Basically, what James Cameron has is a severe case of sticking his foot in his mouth. We all do it, so I can’t get too down on Cameron for it. After all, with every new Marvel movie, his highest-grossing movie record (set by Avatar) is threatened more and more.

However, what he said was tactless, especially coming from a director of his stature and dignity. He most likely said it without thinking, and he made himself look very foolish for it. They were the rantings of a man whose very profile is endangered by a superfranchise. But still, it would probably be wise for him to retract that statement and replace it with a well-placed plug for Avatar 2 (2020?).

Thanks for reading! What are your thoughts on James Cameron’s comments? Comment down below!

Great post, Kali! What I’d like to add about the Marvel movies is that not only are different heroes featured in each film, but the stories and tones of the films are so different from each other. For example, Captain America: The Winter Soldier is a completely different film from Guardians of the Galaxy.

That’s a good observation! Marvel can go from pure drama like in Captain America: The Winter Soldier to family humor Guardians of the Galaxy then to more raunchy humor like Deadpool, so I really don’t know what James Cameron is talking about ahaha

Avatar was terrible, and abysmally cliche, so if he thinks there are better stories to tell maybe he should try making some.

Well, it sounds like a kindergarten jealousy if to be honest. Kinda unexpected, because why should he? Unless of course Marvel did something marvellous and molded simple and straightforward hero-movies into something more…but then again who knows…

Well said, and I thoroughly agree.

Liked the post… It indeed is a hypocritical statement…

Oscar Nominations and Predictions for the 89th Academy...