After almost 30 years, the Tremors series has been in the news a lot this week. On April 28th, 2018 there was news of the cancellation of the SYFY Tremors series starring Kevin Bacon. Now, fans of the long time series are treated to a new full length movie, Tremors: A Cold Day in Hell, available direct-to-video and streaming on Netflix starting on May 1st, 2018.

After being attacked by what they believe to be Graboids, scientists working in the arctic reach out to famed monster hunters Burt (Gross) and Travis (Kennedy).  Burt and Travis are then thrust into what appears as a plot to weaponize the underground creatures perpetrated by the Government.

For the first time in the series’ history, our heroes find themselves out of their comfort zone and out of the desert, and the ground and air aren’t the only problems where trouble comes from. Tremors: A Cold Day in Hell, deals with global warming, biological attacks, and the IRS.

For the uninitiated, the Tremors series is about the Graboid, a giant worm like creature that tunnels underground and hunts based on vibration. Each movie usually involves some new evolution of the Graboid creature life cycle.

The first movie debuted in 1990 and stared Kevin Bacon, Fred Ward, Michael Gross, and Reba McEntire. Michael Gross is the only actor in every movie.

The series has had to evolve with each chapter, and this one is no different. The creators have decided to change location of the action instead of adding something new for the creature to do. For the sixth installment, they move the action to the Canadian Arctic instead of just another desert, like Bloodlines before it. What this Tremors Movie Brings to the Table

Tremors: A Cold Day in Hell ends up as a far above average entry into the series. This film stars Michael Gross as Burt Gummer and back for more Graboid hunting fun is Jamie Kennedy as Travis Welker, returning from Tremors 5: Bloodlines, as Burt’s son and partner in crime, as they continue to hunt the underground killing machines. Following in the Bloodlines tradition of tying all the characters together, this film dives even further into that notion with some fun, bizarre twists.

Tremors: A Cold Day in Hell has many fun throwbacks to the original film that a long time fan like myself enjoyed quite a bit.  They aren’t quite as obvious as the Jurassic Park nods in Tremors 5: Bloodlines, but these feel more appropriate to this series.

Don Michael Paul also returns to direct after the last installment. He has shown that he has plans for a new trilogy that could easily take the series to bigger places while staying away from Sharknado levels of ridiculousness.  For the limitations that direct-to-DVD market can hold on a movie, Hall has found a way to keep upping the action and creating inventive ways to liquefy the creatures. The typical creature feature guts and gross-out gags are on full display while the film also strives to keep the stunts grounded instead of going for the unrealistic action that films like this can turn to in an effort to get noticed. Granted, I don’t think I will ever get sick of seeing a Graboid breaching out of the ground like a shark and landing on people.

Practical effects are always welcomed in a film like this one, and A Cold Day in Hell deserves a lot of credit for using them instead of the leaning on computer graphics as so many direct to DVD movies tend to do. It was nice to see the puppets on set to help keep you in the story. Nothing can pull you out of a story faster than bad computer graphics — especially for what typical DVD releases normally offer. It sometimes falls back on less than stellar CGI, but one has to appreciate the effort.

No sequence was more creative and inventive than the climax of the film, and you’ll probably find me rewinding it multiple times to enjoy all it all over again. 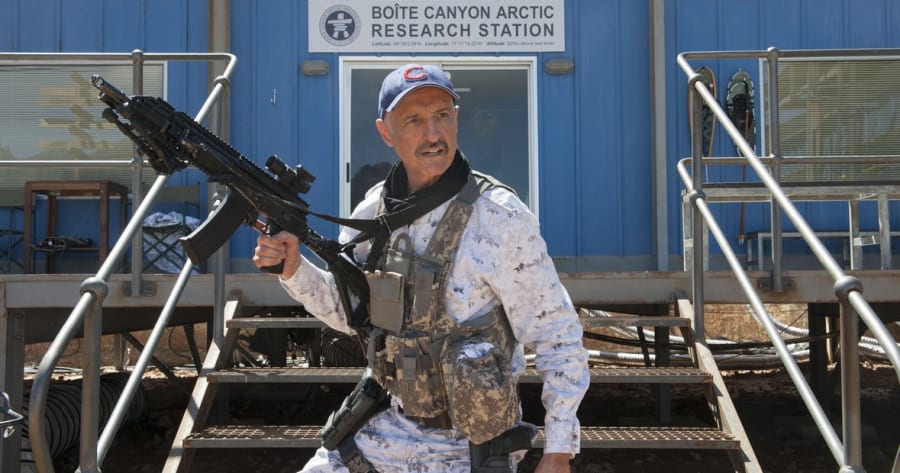 The Future of the Series

After watching Tremors: A Cold Day in Hell, I am therefore reminded the fun that the series can have when it tries to do something new. The change in location really helps breath new life into the hunt for Graboids. I hope that they continue to place our heroes out of their comfort zone — it has proven to be a winning formula. It seems like with the rumored talks of a 7th movie, this series isn’t ending anytime soon.

With all 6 films are currently streaming with Tremors 1-4 on HBO Now and Tremors 5 and 6 on Netflix, this weekend is the perfect time to discover how fun Graboid hunting can be.

I have always been a sucker for creature features and Tremors in particular. It always enjoyable watching Don Michael Paul take this series and handle it with respect, giving us fans something familiar yet new we  can sink our teeth into. I believe that taking the creatures and our heroes out of the desert setting was a nice addition and allowed for more creativity and the opportunity to show the audience something new. With rumors of the next movie taking place under water it seems like that it might be the formula moving forward.

If you have seen a Tremors movie before, you know what you are getting into and don’t need me to tell you to watch it. Tremors: A Cold Day in Hell, is a direct sequel to Tremors 5: Bloodlines, but fits in very nicely in with the series. The humor, gross-out gags, and series throwbacks are all there to make for an enjoyable 90 minutes. If you haven’t ventured into this world before, it will still be an enjoyable ride even while not understanding the complete lingo that has evolved over the many entries into the series. There is enough in this film to standalone on its own.

The quality is higher than direct to DVD movies usually are, and it even tops the quality of some of the previous sequels in this series. If you are looking for a turn off your brain enjoyable creature feature you really can’t go wrong with giving Tremors: A Cold Day in Hell a shot. 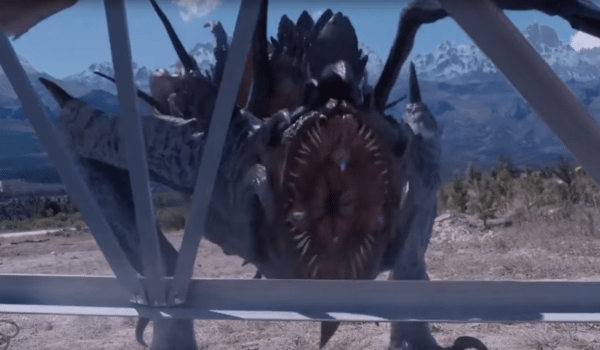 Thanks for reading!  What are your thoughts on Tremors: A Cold Day in Hell?  Comment down below!

Sounds a lot like a current-era take on Frank Herbert’s ‘Dune’ novels. Those who like giant desert worm creatures would probably also like the movie derived from Herbert’s series.
(https://www.dunenovels.com/novels)