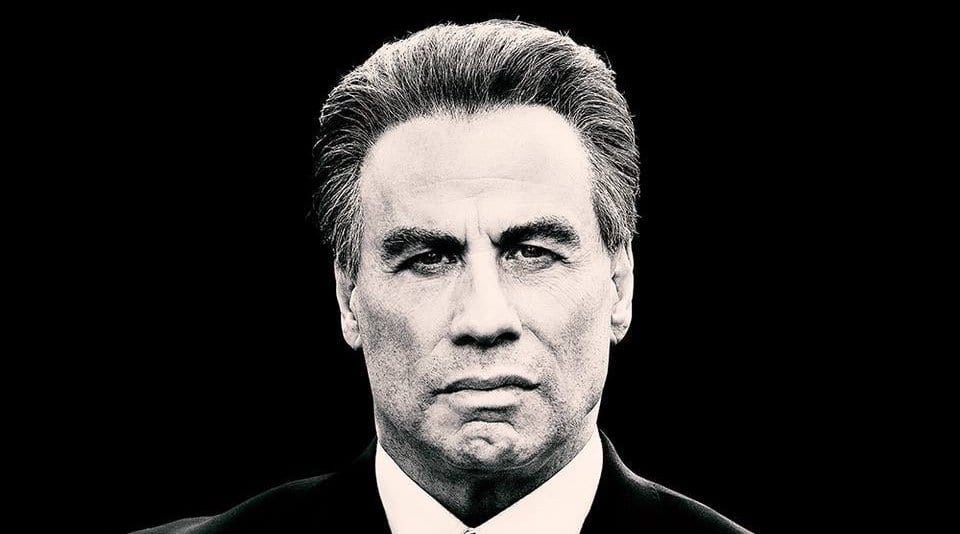 Gotti is making headlines for all the wrong reasons.  With a Rotten Tomatoes score of 0% as I write this piece, the film tanked at the box office over the weekend.  And after the box office report came back, those behind the mob film became hostile towards film critics — which isn’t exactly the smartest way to handle press.  Still, Gotti is such a misguided film that claiming every critic to be nothing more than “a troll behind a keyboard” was probably their only way to create buzz.

Spanning over three decades, John A. Gotti (Lofranco) recounts his life with his dad John Gotti (Travolta) as he ascended in the ranks of the Gambino Crime Family, later earning the nickname “The Teflon Don.”

In combination with multiple prison sentences and hits, Gotti attempts to handle his tumultuous life while keeping his family together, teaching them a lesson or two along the way.

Originally, Gotti was supposed to release on VOD last December, but Lionsgate sold the film back to its producers just a week and a half before its scheduled release.  Showing confidence in their creation, the producers then searched for a distributor that would allow the film to get a wide theatrical release.  Vertical Entertainment finally jumped onboard to distribute the film, and MoviePass even took a stake in the film to capitalize on any profits made (which isn’t exactly the smartest business decision if you ask me since you’re essentially paying for the film twice with the equity stake acquisition and any MoviePass ticket sales that occur).

Normally, the story would stop there and the film would release to the masses without another hitch.  But after a critical drubbing that resulted in a whopping 0% rating on Rotten Tomatoes, Gotti and its producers fought back with the following advertisement:

The audiences vs. critics debate came from a massive difference in the critic and audiences ratings on Rotten Tomatoes with earlier numbers from the audience side reporting around the 80% mark while that critical score stayed at a resounding goose egg.  That number has since fallen and is pushing to go below the 60% mark.  Some have even suggested that the initial high score may be due to the fact that Rotten Tomatoes users were created to effectively stuff the ballot, artificially inflating that score.

Whatever the case, let me say one thing to the people behind the Gotti marketing team: critics are fans.  Naturally, I can’t speak for everyone, but critics enjoy film — that’s why they’re part of this profession in the first place.  You made what people perceive as a bad film. Deal with it.  The last thing the industry needs is more toxicity in film discourse.

Gotti is Filled With Parodies of New York Accents

Now when you see that header above, you might expect a rant about the cartoonish style and cadence in which the actors in Gotti speak.  But in actuality, that’s not what I mean.  John Travolta, a man who is known to overcook a performance if not properly reined in, is adequate in the lead role (even if it’s obvious at every turn that he’s putting on a show).  In fact, every actor in the film is suitably fine.  If you’re going into Gotti expecting a riotous time full of terrible performances based on that 0% RT score, you’ll be disappointed.

But what Gotti does have is a plethora of stereotypical lines of dialogue from Italian-Americans.  Gotti is very serious in tone, so every time someone shouts “FUHGEDDABOUDIT,” any momentum is lost.  Completely.

Think of any oversimplified saying that you’ve seen in television or film.  Maybe it’s “What’s the matter witchu?”, maybe it’s as simple as “AYYYYYYYY!”  Chances are that the phrase you thought of is prominently used in Gotti.  It’s either the script or the actor if they went off book, but it’s incredibly distracting either way.  The audience in my screening reacted to every common phrase…and not in the way that the filmmakers probably intended. The Film Has Some of the Worst Editing of the Year

But in the grand scheme of things, the stereotypes are the least of Gotti‘s worries.  The film is borderline incomprehensible.  Realistically, it’s probably one of the worst edited movies of the year.

Gotti has two framing devices to tell its story.  One includes Travolta’s Gotti talking directly to camera (the best source of unintentional comedy in the film) and a prison discussion between Gotti Sr. and Gotti Jr. — neither of which helps to bring any sort of clarity to the film.

The film introduces characters with a quick line of text that shows their name.  That’s about as much character development as you’ll get from Gotti.  There’s so many ancillary characters that come into the picture that, in combination with the lack of personal development, it’s impossible to distinguish one person from another.  The film then treats each character like you’ve spent a lifetime with them, referring to them in rapid succession without much context.  And as the timeline jumps back and forth between different time periods, you’ll never make sense of it all. It amounts to collection of scenes rather than a movie that tells a cohesive story.  Those same scenes are flatly shot and suffer from what I like to call “prequel-itis”(sorry Star Wars fans).  It’s just a bunch of sitting and talking with painfully generic dialogue. Gotti Has No Thematic Depth

The question that many filmmakers have to ask themselves boils down to one word: why?  They know the who, the what, the when, the where, and the when, but that fifth W is normally the most challenging, and it’s easily the most important.  Take The Shawshank Redemption for instance.  Let me lay out the five Ws for you for that movie:

As for Gotti, I can answer those first four Ws, but not the fifth.  One might be able to surmise Gotti’s desires as a character from knowing some background on him prior to seeing the movie, but Gotti itself has no interest in creating some type of understanding for the real-life figure.  It’s much more interested in playing the greatest hits of his mobster life (which, as I explained earlier, aren’t presented in a dynamic fashion).

The pieces are there for a character study of John Gotti.  There’s a sense that he wants the best for his son and family but also has no interest in leaving the mob.  The film even uses news footage to show that Gotti had many supporters in New York during his infamous reign.  Why might these things be the case?  I can’t offer an answer of any substance.

If I can’t come to understand the main character in any way, shape, or form, then what’s the point of the movie?

A miserable experience, Gotti is bland, underdeveloped, and criminally abrasive.  It never finds its footing.  It might have been elevated to a forgetful mob story if it had industry standard direction, but Gotti jumps around like an eight year old on a sugar rush — it’s impossible to tell who is who as well as the importance of a given scene.

When it comes down to it, Gotti is a reprehensible movie that resorted to reprehensible marketing tactics to try to cover its butt after box office returns weren’t up to snuff.  It’s a fiasco on multiple levels.  But if you wanted a John Gotti movie with a soundtrack that is mostly Pitbull songs, I have the film for you! 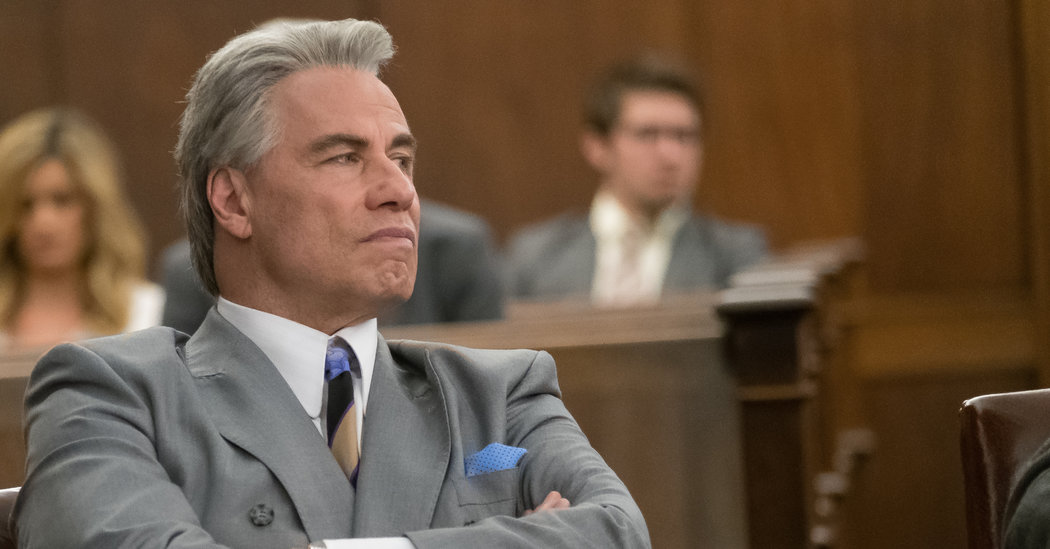 Thanks for reading!  What are your thoughts on Gotti?  Comment down below!

Some Things Will Never Change with 'The Godfather Coda: The Death of Michael Corleone' | MovieBabble December 13, 2020 - 2:12 pm

[…] is entertaining as the blusterous Zasa, obviously modeled after John Gotti, though he does sometimes stray into the mafia stereotype. Donal Donelly also intrigues as the […]

Sounds delightful. I have an aversion to Travolta in the first place (Grease being the exception, because it’s meant to be campy), so this is not my movie to start with. ;)

I’m so jealous since we don’t have it in Canada.

Be careful what you wish for! Lol

It can’t crush what you don’t have.