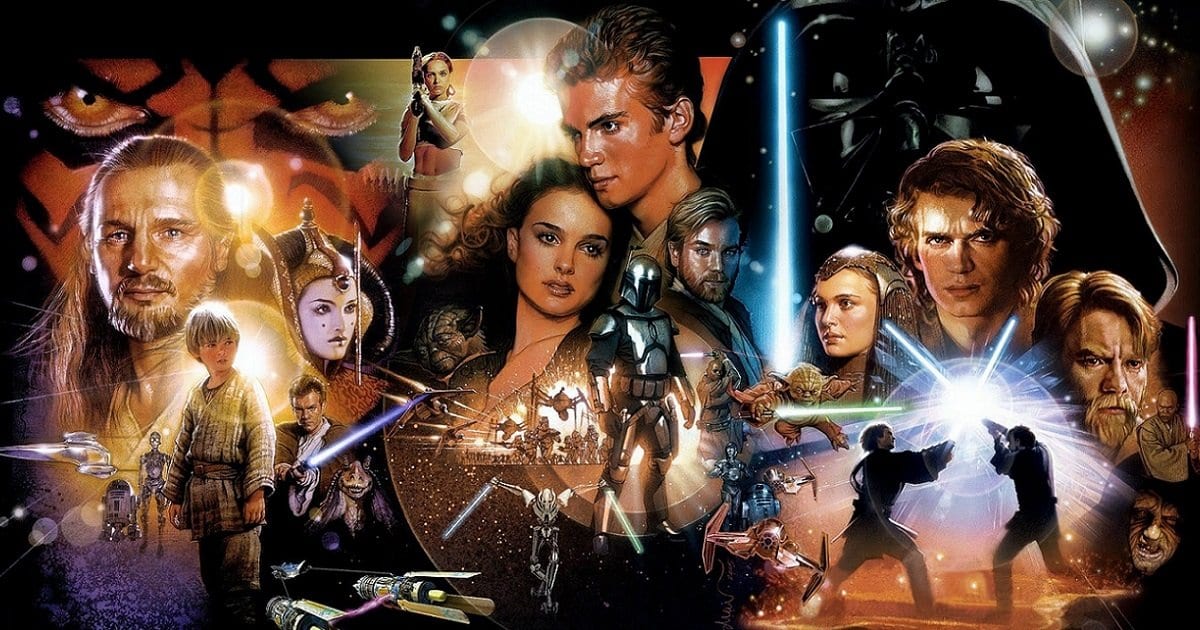 In 1999, after a 16-year absence, the first of the three Star Wars prequels hit theaters. Episode I – The Phantom Menace would finally start to tell of the story of the generation that came before Luke, Han and Leia. Unfortunately, neither The Phantom Menace or its successors, Episode II – Attack Of The Clones or Episode III – Revenge Of The Sith could not even come close to holding a candle to the original series. Below, are ten reasons why the prequels suck.

Some child actors are naturals. They come off on-screen as alive and give an energy to their characters that seems organic. Jake Lloyd is not one of those child actors. One of the reviewers at the time even referred to him as “Jake Wood.” His performance felt stiff and unnatural, like he was trying to play the character, but really not succeeding.

Unfortunately, Hayden Christensen fares no better as the teenage/adult Anakin Skywalker than Jake Lloyd does as the young Anakin Skywalker. His Anakin is a cocky brat who is easily manipulated by Emperor Palpatine to join the dark side. While his son grows over the course of the original series from immaturity to maturity, Anakin never quite grows up. 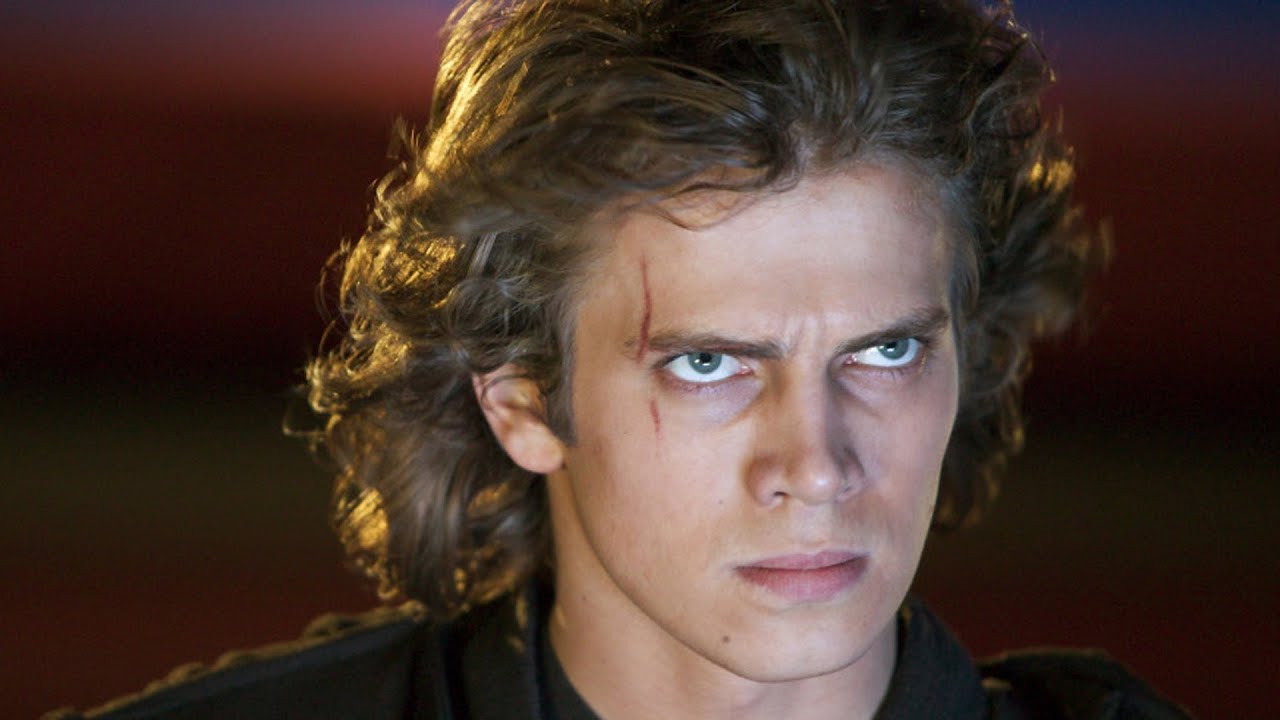 #8: The Waste Of Perfectly Good Actors

Sometimes, a film has actors who are more than able to do their jobs, however, to put it bluntly, the script sucks. Natalie Portman, Ewan McGregor and Liam Neeson are all respected actors. That doesn’t mean that the material is equal to their abilities. Portman’s Padme Amidala spent most of the prequels as a whiny romantic heroine without a backbone (a far cry from the badass her daughter was in the original series), Neeson’s Qui-Gon Jinn was killed far too early and McGregor as the young Obi-Wan lacked the something special that the late Alec Guinness brings to his performance in A New Hope.

Unfortunately, George Lucas relied on certain not so politically correct stereotypes for certain digitally created characters. Watto, the Toydarian who owns Anakin and his mother, unfortunately reinforces of the hook nosed Jewish merchant who is more than willing to swindle his customers to increase his own profit. The evil Neimoidian trader Nute Gunray not only speaks with an Asian accent, but wears traditional Asian clothing. Not cool.

Jar Jar may (physically acted by Ahmed Best) have been conceived as comic relief (a la R2-D2 and C3PO in the original series), but his character is an utter waste of space and screen time. Even though he became a Senator in the Galactic Senate and one of Padme’s closest advisors in Episode 2 and 3, he still left a bad taste in many fan’s mouths. Some have stated that he represented the worst traits of the prequels.

Star Wars is one of the most popular movie series in history because it appeals to both kids and adults. The original trilogy is still revered because the adults in the audience understand the nuance in character and narrative. The kids in the audience enjoy the story and characters. The problem with the prequels is that instead of appealing to all age groups, the movies appeal only to the kids. That is a huge problem, especially for the adults who grew up on the original trilogy and missed the nuance in Episodes 4,5 and 6.

When Princess Leia Organa (the late Carrie Fisher) was introduced to audiences 41 years ago, she broke the mold when it came to now only how women are portrayed, but specifically how women are viewed in the science fiction genre. Leia was bold, not afraid to take charge and was known for basically being the boss. In Episode 1, Padme Amidala is Queen of Naboo and does a decent job of defending her planet. While she has a few moments of being in charge in Episodes 2 and 3, for the most part, she is the whiny, woe-is-me heroine who is waiting for her man to come home.

#3: The Underlying Conflict In the Prequels Is About A Trade Dispute

Really, George Lucas? The original series was about good vs. evil, democracy vs. dictatorship. That is why they are still resonant decades later. The prequels are about a trade dispute. If I wanted to watch a story about a trade dispute, I would turn on CNN or MSNBC and watch the talking heads yell over each other all day. A film whose narrative is ultimately based on a trade dispute doesn’t really compel me to leave my house and spend money at a movie theater. 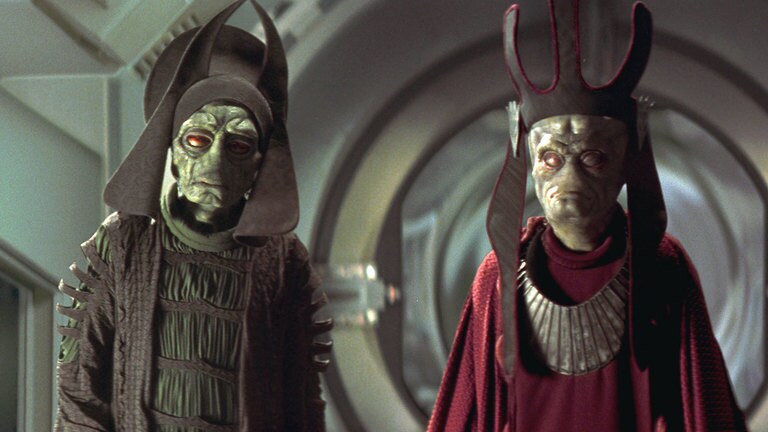 #2: The Special Effects Take Over

#1: Lucas Forgot How To Write

Any writer, worth their salt, regardless of genre or format will tell you that the narrative and character development are priority #1. When it comes to making movies, the script is the backbone of the movie. Everything else (the costumes, the set, the special effects etc) are just window dressing. If your script is lacking, the movie is lacking. Period.

Thanks for reading! What are your thoughts on I Feel Pretty? Comment down below!

[…] lead to problems. It’s almost like Yoda didn’t learn anything at all from the fall of Anakin to the Dark Side. Anakin craved Dark Side power, knowing really nothing about it, and that thirst […]

I have to be the one to disagree, while the prequels didn’t even come close to the originals, I found them fun and compelling.

I blame the sand. I don’t like sand. It’s all sandy.

It’s coarse and rough and it GETS EVERYWHERE

Just want to say, that if it weren’t for Jar Jar, the Jedi might not have gotten to Queen Amadala in time. They might’ve gotten caught an never rescue the Queen. So, sorry, but Jar Jar is much more important than he seems. Lucas knew what he was doing.
😊

At the end of the day, Lucas forgot what made the original so good, simple story, fun characters, fun writing, simple battles, more with less, and some mystery. Lucas got older and changed and with it so did the SW universe, he needed more input but was too self-contained. https://thepopculturallists.com/

I’m personally in the minority that I like Jar Jar Binks, I like Padme, and I love her romance with Anakin in Episode II. Other than that, yes, the Star Wars prequels pretty much suck!

Hello,
Thanks for sharing a great post, I really enjoy it.
I also have a great offer for you and your readers, I do not know if it will work for you or not, but I think you should try it (100% FREE)

How would you like to start getting to 1k per day every day from today forward.

Well you need to watch this then
http://makingmoneyonline.press/ (100% FREE)

I’ll keep this short and sweet for ya.

Chances like this one don’t come
up every day so make sure you watch.

After the original trilogy of Star Wars films from 1977-83, I had zero interest in seeing any more of them. The whole idea of prequels was absolutely preposterous to me.

I totally agree with this. The main reason why I actually watched these was Natalie Portman. But, the whole thing does seem pointless like you are forced to think that Lucas was right all along to begin at Ep. 4-6…. And, that 1,2,3, were just useless.

#11: They are two-hour toy commercials.

I didn’t see the Star Wars prequels. But I think the Star Trek prequels have been fabulous. I saw the original Star Wars during its premier and as a kid I watched the first run Star Trek series on TV (when an episode didn’t scare the crap out of me). Every following movie and TV show in this genre has been a disappointment to me. That is, until the Star Trek prequels…they are the best and set the new standard for CGI/Space lore.