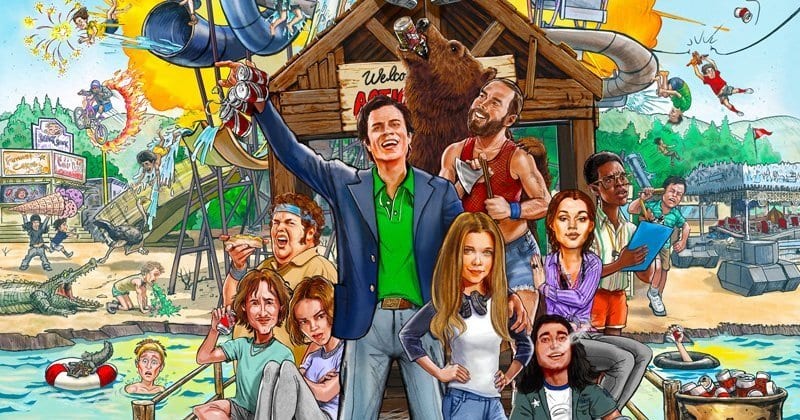 You know Johnny Knoxville.  His pain has been your pleasure for years.  And if you ask me, watching him put his body on the line is always funny.  Knoxville made a name for himself with Jackass, but his cinematic career has continued beyond the franchise with some more slapstick adventures, including a personal favorite of mine in Bad Grandpa.  Now, Knoxville is back with Action Point, but the end result might leave fans wishing they would have stayed home and watched some of his previous films instead.

D.C. (Knoxville) is the owner of a failing amusement park called Action Point.  To fund his obsession, he tries to cut every corner he can while taking out new loans seemingly every single day to make much-needed repairs to dilapidated structures all around the grounds.

As his daughter (Worthington-Cox) comes to visit him for the summer, a corporate park opens just a few miles away, jeopardizing the future of Action Point.  With developers and lawyers breathing down his neck, D.C. decides to rid the park of all rules and safety measures, effectively making Action Point a haven for reckless activity in the area.

If you’ve ever done some patently idiotic and dangerous, odds are that Johnny Knoxville took notice.  In the creation of Action Point, Knoxville watched the documentary short The Most Insane Amusement Park Ever about the infamous Action Park in New Jersey, basing the movie off of the real-life park.

At Action Park, the rides were notoriously unsafe and poorly designed, and the staff was normally underage and often drunk.  If any piece of history was tailor-made for Johnny Knoxville, it’s probably Action Park.

For more information, check out fellow contributor Steven Ruiz’s research on the history of Action Park. 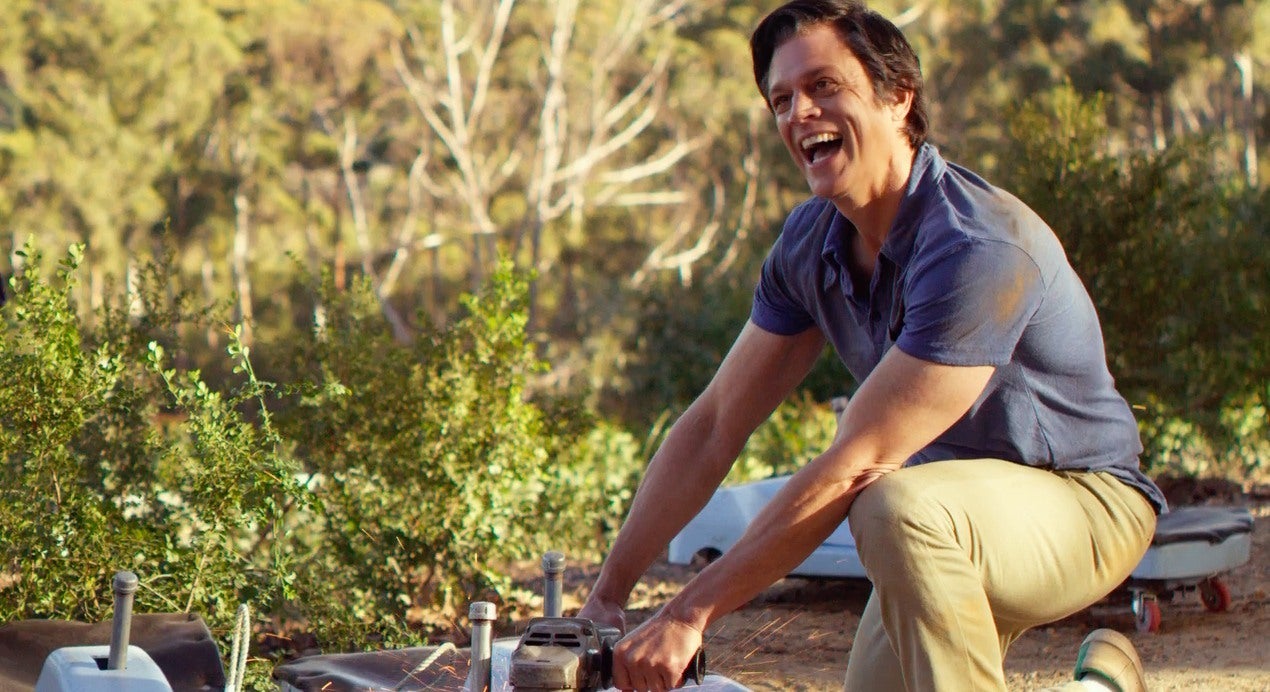 Sometimes I might give off the facade that I’m a highfalutin critic that enjoys only the finest of art in the land.  Let me destroy that perspective: I really love watching Johnny Knoxville hurt himself.  Maybe I’m just a child at heart; maybe I’m immature.  I don’t really care — it always makes me laugh.

There’s something about knowing that the actor onscreen is doing all of his own stunts that adds to the authenticity of the entire production.  Knoxville is willing to break a few bones for the project (in fact, he did break a few during filming), and that commitment to his craft is more commitment than what 99% of actors have.  It might be blatantly irresponsible, but Knoxville digs into that notion at every turn, acting like a brazen firecracker.

There are glimmers of that same man in Action Point.  Father time isn’t exactly kind to stuntmen, but seeing Knoxville put his body through the ringer (even in a moderately limited capacity) still makes me laugh.

Action Point Has a Bizarre Fixation with the Past and Nostalgia

But like my love for the Jackass franchise, Action Point is oddly focused on the past, and it just feels lazy.

The film is framed with Johnny Knoxville acting as a quasi-Bad-Grandpa figure, telling his daughter’s child about the good ol’ days where rules were sparse and people were free to commit as many idiotic acts as possible.  That isn’t bad in of itself, but the actual storyline of the movie (the “flashbacks” if you will) are stunted by this feeling that the past was so much better and people today are way too sensitive.  There might be some truth to that statement in some circles of the public consciousness (but who I am to be the deciding factor on this discussion?) — the problem is that Action Point dangles nostalgia in front of the audience like shiny keys.  It doesn’t really extend the conversation beyond “it was fun to drink beer then drive home only to stop and punch people in the face.”

It’s in Knoxville’s nature to work in Hollywood as a contrarian.  Three and a half Jackass movies have made that notion abundantly clear.  But Action Point hopes that the blanket statement of “hey, remember how good the past was?” is enough to work as the anchor for the movie.  Like the rest of the pieces of the movie, it just doesn’t go far enough.  It’s pretty lazy.

Action Point is Too Tame for Any Audience

Speaking of lazy (talk about a great segue), Action Point is one of those movies that comes around every so often that doesn’t have the flair to impress any audience group that sees it.  For those that wanted to see Jackass-style stunts, they’ll be sad to see a half-baked father-daughter story.  And for those that wanted to see a cute father-daughter story, they’ll grow tired of a relationship that never approaches any semblance of reasonable depth.  For those that still love nostalgia, this movie doesn’t do anything with it.  If you wanted to see a gross-out comedy, you’ll be bummed to see a rather tame R-rated flick.  And if you wanted something tamer (although I can’t imagine why you’d expect something of that nature from a man who drank his friend’s sweat on camera), you won’t be getting something heartwarming and full of spirit.

Action Point is completely, aggressively, and unconditionally fine.  It makes for such a passive viewing experience that it would really surprise me if I come across someone who is passionately in love with it.

Honestly, you probably won’t remember Action Point for very long, if at all.

In a shocking twist, one of the biggest gripes (if not the biggest) that many critics and I have with Johnny Knoxville’s latest project is that it’s far too limp and forgettable.  There are glimmers of the fun, wacky antics that we’ve grown to love from Knoxville — or at least that antics that I love — but the movie itself is weirdly stuck in the past, clouding everything in a false warm and fuzzy feeling and ultimately sinking what could have been a great excuse for Knoxville and the rest of the gang to hurt themselves.

Action Point just lacks that necessary wildcard factor that a film of this nature needs; a feeling where anything can happen is lost in it all.

I don’t hate this movie like a lot of other critics do, but I can’t say I blame them.

Thanks for reading! What are your thoughts on Action Point? Comment down below!

Ah, that sucks, I had really high hopes for this movie.

Yeah, i’d wait until streaming if anything!

It’s simply 85 minutes of empty stupidity for me. I used to find this kind of comedy funny but not anymore and it’s just sad now.

I think there’s a good movie to make out of this material but they just didn’t commit to anything. Make it gross, make it spiteful, just do something interesting!

I kind of liked the nostalgic setting but they did nothing with it.

Sundance Film Review – The Inventor: Out for...