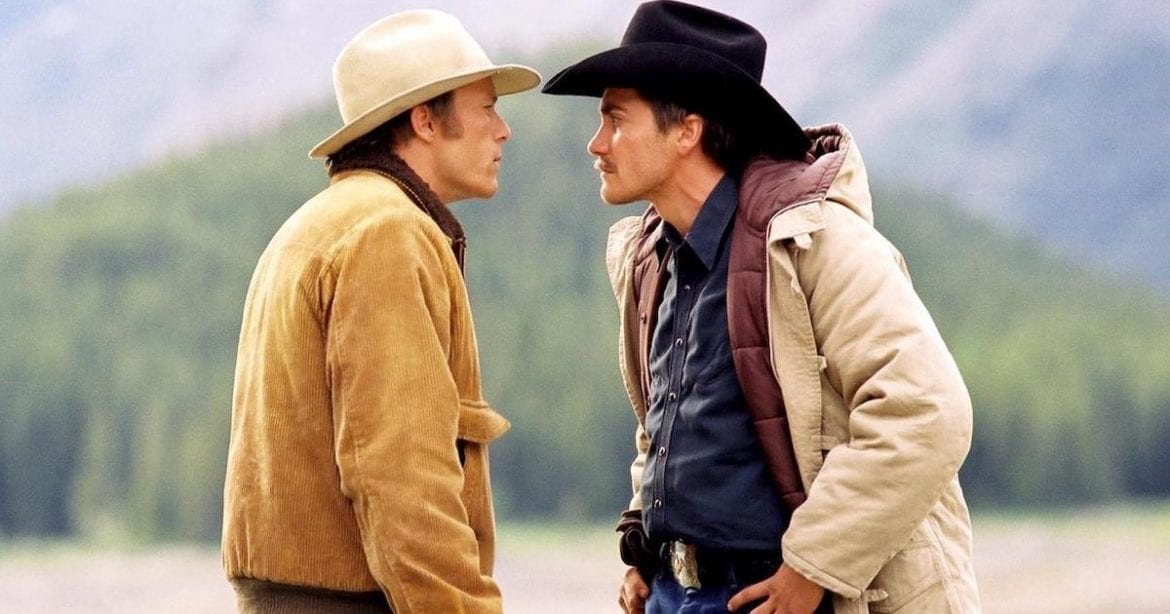 It doesn’t (or shouldn’t) take Pride Month for someone to realize how many great LGBTQ films there are. Particularly, the 21st century has been a time where we have seen numerous, unforgettable stories told through the eyes of members of this community across an abundance of different settings, cultures, as well as visual mediums such as television or video games (where the LGBTQ community is also finally starting to see some representation). On a macro scale, separate from entertainment representation, at the time of writing this article, marriage equality has only been legal federally for 5 years. Beyond that, the Supreme Court only within the last month granted members of the LGBTQ community protections to not be fired or discriminated against on the basis of sexual orientation.

The point I’m attempting to come to is progress can be really slow. As someone who writes about film here at MovieBabble, and who values film with deep reverence and appreciation, I genuinely believe that viewing a film with an open mind/heart can allow a film to move you so deeply that you take that film with you for the rest of your life and allow it to change you. I know this because it was the experience I had when I first viewed Brokeback Mountain.

Ang Lee’s masterpiece was released in 2005 when I was ten years old. It famously lost the Best Picture race to Crash (commonly considered to be one of the Academy’s biggest mistakes, including by yours truly), despite being a massive critical and commercial success. It also is often regarded as one of the Mt. Rushmore level LGBTQ films. Unfortunately, there was a rather hateful backlash surrounding this film, involving it being spoofed or minimized in other ways that, due to the thematic material of the film, feel tasteless, to say the least. These cruel attempts to diminish the film made it to the halls of my middle school; for a long time, the most I knew about Brokeback Mountain were the jokes surrounding it that came from the mouths of spiteful children who had never seen it.

A few years following, when I was a teenager, I began to become more serious about my interest in film, and one day, I checked out Brokeback Mountain from my local library. By the end of the film, I was not only bawling my eyes out, but I also felt the distinct notion that the world was far larger than my own self-centered perspective. As a young teenager, I had honestly rarely considered the thought that prior to my existence, there had been immeasurable numbers of individuals who had to entirely suppress their identities for their protection and survival. To simplify: it was a rather emotionally overwhelming day as I had to personally reckon with my privilege.

Brokeback Mountain tells the story of Ennis Del Mar (Heath Ledger) and Jack Twist (Jake Gyllenhaal), two young, incredibly poor cowboys who take up a summer job herding sheep in the fictional setting of Brokeback Mountain, Wyoming. Jack is a talkative and friendly 18-year-old who dreams of being a rodeo cowboy. Ennis is much colder and more introverted; he explains after many days of silence that both his parents died when he was very young, leaving himself and his siblings alone to provide for themselves in a harsh world. After he explains this, Jack comments how that’s the most he’s heard Ennis talk the entire two weeks they’ve been on the mountain. Ennis responds: “Hell, that’s the most I’ve spoke in a year.” Ennis is engaged to be married in the fall and one day hopes to own a ranch like his parents before him. Naturally, their relationship with one another progresses into a forbidden romance that spans decades.

Ang Lee won Best Director for Brokeback Mountain, but I still think that undersells how great the direction of this film is. This is an incredibly quiet and subtle film that places character before anything else and that can, at times, almost mute how insanely ambitious it is. Being a film that takes place over 20 years is no small feat, but Lee somehow makes it feel so small and personal that it is impossible not to feel a deep sense of empathy not only for Ennis and Jack, but also for side characters like Alma and Alma Jr.

Another huge contribution to the gut punch of this film is the Oscar-winning screenplay written by Diana Ossana and Larry McMurty. Once again, subtlety is the secret ingredient here, but the story is also told in a matter of fact way that could maybe be mistaken as plain, but I think falls perfectly in line with not only the characters of the film, but the setting in which they inhabit, which leads to another top-notch aspect of this film: setting.

It’s such a cliché to say that setting is a character in a film, but in this case, I can think of no better way to articulate it. Brokeback Mountain itself is such an integral part not only to the film, but to who these characters are. It defines Ennis and Jack as it is the only place where they can be their true selves, specifically since it is in complete isolation from a bigoted society that will never allow their identities to exist. Later in an unforgettable scene, Ennis tells Jack a story of two older men who ranched together and were the joke of their town. One day, one of the men was found dead in a ditch. He had been beaten to death by a tire iron and he had also had his genitals mutilated before he was senselessly murdered. Ennis’s dad had forced him and his brother to see the corpse. Ennis ends the story by saying for all he knows, his dad was the one who did the job.

It is impossible to talk about this film without mentioning the unforgettable performances by Heath Ledger and Jake Gyllenhaal. Both have to embody characters in a story that takes place over a large span of their lives and both inhabit them fully. While Jake Gyllenhaal is great in this film, it is Heath Ledger who reins in a truly unforgettable performance that is by far the best of his career. Ennis Del Mar is such a complex character who internalizes his pain, regret, and longing in an attempt to hide it from everyone, especially himself. Ledger is so great in this film that a simple expression on his face can do more speaking than entire monologues could. He is often remembered for his performance as the Joker, but for my money, Brokeback Mountain showcases a towering performance on a completely different level that can quite frankly, make other great performances in the film feel less impactful.

Michelle Williams is also absolutely great in this film as Alma. She is another deeply complex character who has to carry genuine pain throughout the film, and Williams uses what little screen time she has and creates a fully fleshed-out character. The performances in this film are probably what will stick with most viewers long after the credits roll.

Brokeback Mountain is one of those films that you would almost want to tell a first-time viewer to clear the schedule of the rest of their day after viewing due to how horribly depressing the ending is. The scene where Ennis gets the letter and sees the stamp that reads “deceased” over Jack’s name is maybe the biggest gut punch in cinematic history. The phone call that follows and the implication that Jack was discovered and murdered due to his sexual orientation is emotionally devastating on a deep level. The scene that follows of Ennis going to Jack’s parents’ house and discovering the shirt he thought he had lost the summer they first meant is one of the most quietly sad moments I have seen in a film and is a scene I have not and will not forget.

I think sometimes it is easy to diminish Brokeback Mountain as the film where Jake Gyllenhaal and Heath Ledger play gay cowboys, but that undersells the pain and beauty that inhabits every frame of this film. It is a film of deep beauty, sometimes due to the setting, but mostly due to the deep sense of love these characters feel for one another. It is a film about longing for something you cannot have due to a deep ignorance and bigotry that seek to destroy and inflict pain on anything that spans beyond its narrow-minded lens of hatred and self-loathing. It is a film about a culture built upon toxic masculinity the society within refuses to reckon with and will silence anyone who attempts to.

A common complaint with certain LGBTQ films is that the characters are often punished for their sexual orientation, and this is certainly a film that could be pointed to as a film that does just that. However, I think it is deeply important that stories like Brokeback Mountain are told to reckon with America’s past and continued treatment of the LGBTQ community. In 1998, a gay student of The University of Wyoming named Matthew Shepard was beaten, tortured, and left for dead by two of his peers. He was taken to a hospital where he died of severe head injuries days after. The trial of his murderers confirmed that Matthew Shepard was murdered due to his sexual orientation. Because he dared to be a gay man in the conservative state of Wyoming where he challenged the status quo, he was murdered by two individuals who lacked any sense of humanity and empathy for people like Matthew and whose despicable worldviews were reinforced by the culture surrounding them.

Thank you for reading! What are your thoughts on Brokeback Mountain? Comment down below!

I love this movie. I saw it twice when it first came out.

I obviously love it too, Anne! Thanks for giving this article a read. Happy Pride Month.:)

‘All the Beauty and the Bloodshed’: Nan Goldin’s...