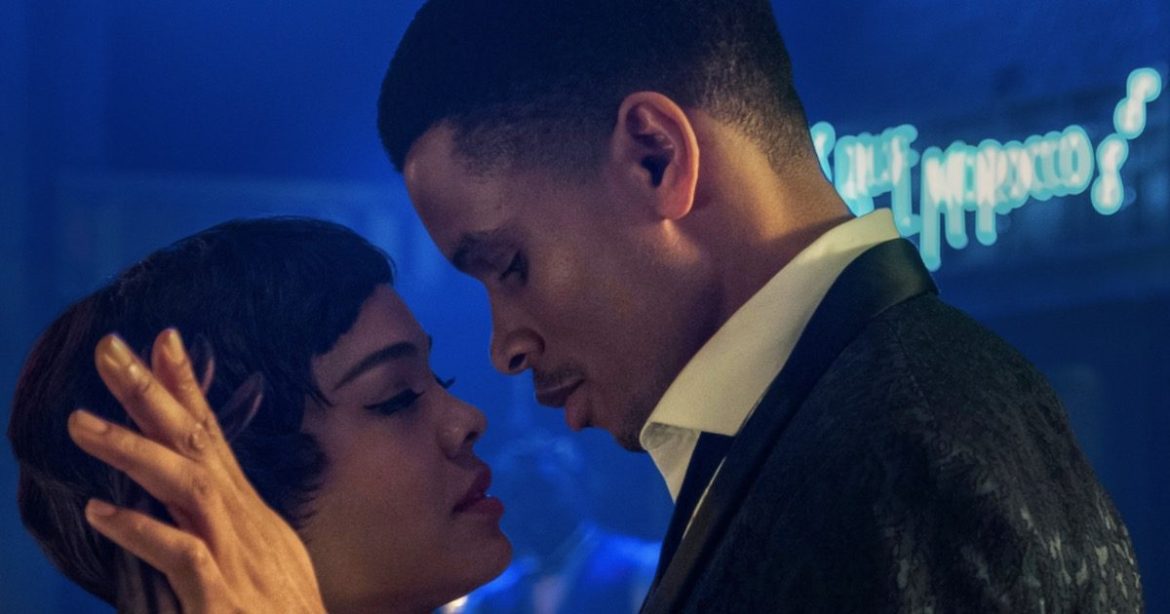 A multi-year romance set in the 1950s Harlem jazz scene starring Tessa Thompson? Sounds promising, right? Eugene Ashe’s Sylvie’s Love has so many things going for it, following Thompson as the bright-eyed, ambitious Sylvie who begins a summer fling with an aspiring saxophonist, Robert (Nnamdi Asomugha) after he begins to work in her’s father record shop. As many old-timey romances bare out, their love isn’t meant to be in the moment — Robert and his band leave town and go on tour in France.

In the interim, Sylvie marries, and begins working from the ground up at a television station as a production assistant. When Robert returns a few years later, however, they quickly realize their feelings are as strong as ever and reignite their relationship. The film is very classical by design, even including a scene where Robert waits anxiously at his car before heading off to the airport, hoping Sylvie will arrive and join him on the flight in a sweeping romantic gesture that Old Hollywood went gaga for decades ago. The problem is, Sylvie’s Love is rather perfunctory from start to finish.

It pains me to say it too. The film is clearly acting as a corrective to the countless stories of star-crossed lovers told over the years by filling the screen with a predominantly Black cast and switching the point of view to focus on Sylvie’s struggle to make something of herself in the harsh world as a Black woman in television. Ultimately, Sylvie’s Love is too old-fashioned for its own good, piling up tired romance tropes over its runtime without an effective counterweight of solid commentary on them to prove worthwhile. The warm cinematography and lively setting are certainly inviting, but the required romantic affection and thematic weight are missing. The way Sylvie’s Love aimlessly moves from one classically romantic set piece to the next is thuddingly dull.

Thankfully, Tessa Thompson continues to prove herself as one of the best working actresses of her generation, but the sultry smooth jazz can’t make up for the lack of romantic chemistry between her and her co-star Nnamdi Asomugha, who appears fairly wooden by comparison. As it may be for many, Sylvie’s Love is my first experience watching Asomugha onscreen, who was previously an NFL cornerback, and arguably the best in the league at one point. He also played for the ill-fated “Dream Team” Eagles, a team that continues to haunt me as a diehard fan and Philadelphia native. (He also waved at me during a training camp practice, but that’s a story for another time.) Thompson is doing a lot of the heavy lifting in their scenes together; Asomugha isn’t necessarily bad (he’s actually a very interesting physical presence), but his line delivery comes across mostly flat and expressionless.

Sylvie’s Love tends to merely go through the motions, recreating sections of romance stories you’ve seen so many times before; and without the necessary emotional intensity, you may find your mind drifting off and thinking more about those movies from which Sylvie’s Love takes inspiration than the syrupy story in front of you.

Thank you for reading! What are your thoughts on Sylvie’s Love? Comment down below!

[…] continues to be my not-so-subtle avenue to share my love for my hometown of Philadelphia, and what better way to continue that trend than to talk about a movie where Idris […]