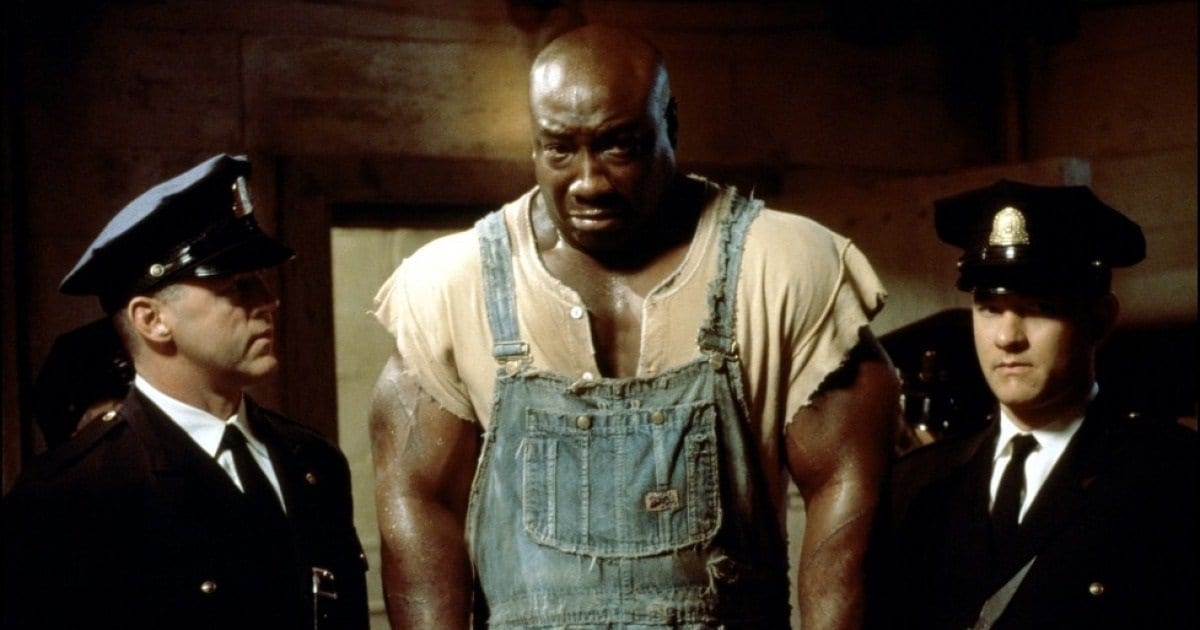 Penitentiaries are often great settings for dramas and action films; characters are forced in a place where they don’t want to be, frequently fighting their way through the food chain of murderers and sadists in order to eat their next meal and live another day. Whether the characters are innocent or guilty, their minds and bodies are put to the test against demons both external and internal. Here are the top ten prison films.

Note: The films that qualify in this list are those where a majority of the film’s running time takes place in a federal penitentiary or a prison camp (I’m excluding concentration camps as there is a separate list specifically for Holocaust cinema).

Edging out at tenth on this list is Nicolas Winding Refn’s synth-soaked, neon-drenched biopic of Michael Peterson, a career criminal whose motive in life is, well, to be in prison. Tom Hardy bulked up for his performance of blind truculence, a bald and swollen dope who incoherently fights anything in his path, with him usually taking the beating. It gives a sordid, yet poignant portrait of institutions in the 70s and 80s, and though this film doesn’t have much to say about a man who doesn’t say much, it’s still intriguing to see Hardy lather himself in butter and bulldoze through an army of prison guards.

A classic of action cinema, this film is yet another reason why Steve McQueen is still an underrated movie star. Based on Paul Brickhill’s book of the same name, the film chronicles the escape of a hodge-podge of prisoners of war in a camp in Nazi Germany. Played diversely by an ensemble cast, this film hooks you with enticing action sequences and colloquial banter that spoke not only for the prisoners of wartime, but also for prisoners of peacetime in the early 1960s. Little did we know that Vietnam was right around the corner. A rather quiet entry in the collaborative catalog of Clint Eastwood and Don Siegel, this nail-biting thriller says it all in the title. It tells the tale of the real-life escape of Frank Morris and company from the island fortress of the now defunct Alcatraz. Further defining Eastwood’s ‘cool’ persona of the 70s, this film is built like a caper, with a plan that was meditated on for years before coming to fruition. The men who escaped still haven’t been discovered to this day and the film leaves us wondering whether they truly escaped or met their fate in the frigid waters of the San Francisco Bay.

Here’s a strange one. A disc jockey (Tom Waits), a pimp (John Lurie) and an Italian tourist (Robert Benigni) are thrown in a cell together, two of them not even committing the crimes of which they are being charged. What follows is an enigmatic yet immersive look at a motley crue of characters and how they are imposed to deal with their own peccadilloes while orchestrating their escape route. Often dumb but never dull, this black and white gem of independent cinema is one of a kind, and a fascinating study of jail life from director Jim Jarmusch.

Containing probably Kurt Russell’s career-defining character (sorry Jack Burton) as the cynical, former Special Forces anti-hero Snake Plissken, this film is a rush to the blood from start to finish. The year is 1997 and Manhattan has been transformed into one giant prison. Plissken, now a reluctant prisoner, is given a mission to save the president after terrorists hijack the Air Force One and crash it into the city. Directed with 80s style and substance by the legendary John Carpenter, this film was pivotal for the Cyberpunk subgenre, post-apocalyptic fiction and eye patches.

A film that compromises itself over and over until a tragedy is realized, and then finally gets to its inevitable explosion. Taking place in a Japanese prison camp in Burma, the troops of a British army, led by a noble Lieutenant Colonel Nicholson (Alec Guinness) are forced to work on the construction of a railway bridge that will connect Bangkok and Rangoon. What is displayed is the ruthlessness of being a prisoner at war and how duty and honor are put on trial for our lone protagonist as he puts the health and humanity of his men on the line with every bargain and trade-off he can muster. It is not until the fiery finale that he discovers the error of his ways.

One of the longest and most tragic films on this list, this Stephen King adaptation churns with an ensemble cast that plays their part with equal heartache and wonder. Tom Hanks stars as Paul Edgecomb, a head guard on a Death Row cell block who is presented with prisoner John Coffey, played with a subtle magnanimity and generosity by the hulking Michael Clarke Duncan. The two form an uncanny friendship as Edgecomb and company soon discover that Coffey is more miraculous than he appears. Told in flashbacks by an aging Edgecomb and with magnificent pacing by writer/director Frank Darabont, this is an epic drama not to be missed.

This French film by director Jacques Audiard chronicles gang life in prison, and how the mantle of king and pawn can be so quickly interchangeable. We follow Malik (Tahir Rahim) a naïve Algerian youth, who is sentenced to six years for attacking a police officer. He learns quickly that the two factions that govern control within the prison walls are the Corsicans and the Muslims. Not even a day goes by before he is demanded to assassinate another inmate, setting the tone for his tumultuous journey towards retribution, or something like it. The Game of Thrones of prison films, this movie will make you certain never to piss off a French police officer. 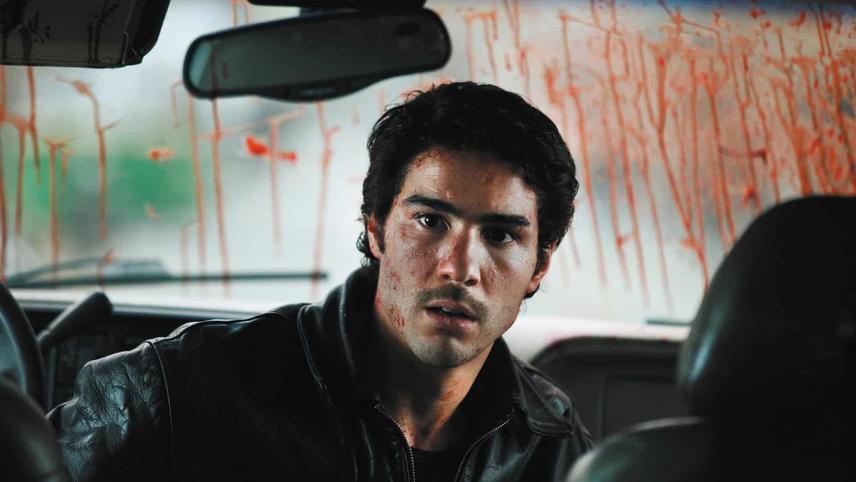 A career-defining role for Paul Newman and further reinforcement that he is the epitome of ‘cool’, Stuart Rosenberg’s Cool Hand Luke is a raucous comedy as much as it is a celebration for the lives of the inmates involved. Paul Newman stars as the titular Luke Jackson, a rebellious, untamed war veteran sentenced to two years in a chain gang due to lopping the heads off of parking meters on a night of hard-drinking. This film feels like it needs to be watched with a beer in hand, as we follow the antics and ribaldry of this gang of characters, who are led astray from their disciplinary orders by Luke, who breaks every rule possible without prejudice. Cherished for its symbolism for the contumacious nature of the 60s, this film does not fail to communicate how it defined an era.

No other film comes close to the gravity of inspiration this film inflicts on its audience. I think it’s a film that is taken for granted now; almost 25 years after its release, it’s mulled over as a movie that is frequently played on television channels that play generally popular films, mulled over the mix with the likes of Forrest Gump or Remember the Titans. But that is why it’s rotated so heavily; because it has watchability and re-watchabilty, sitting down for one scene means that your afternoon is lost to the chronology of Andy Dufresne’s wrongful imprisonment for the murder of his wife and her lover, and his imminent escape.

Narrated with such heartbreaking soul and grace by Andy’s truest friend and fellow inmate Red (Morgan Freeman), the film follows Andy’s struggles with rabid rapists, demented prison guards, and a hateful warden, all while enjoying the simple things in life like a cold beer, rock-sculpting and the allure of Rita Hayworth. It’s surprising that the one film that is the most inspiring is at the top of this list, but it’s a triumphant win that needs no precedence. “Get busy livin’ or get busy dyin’.” Enough said. 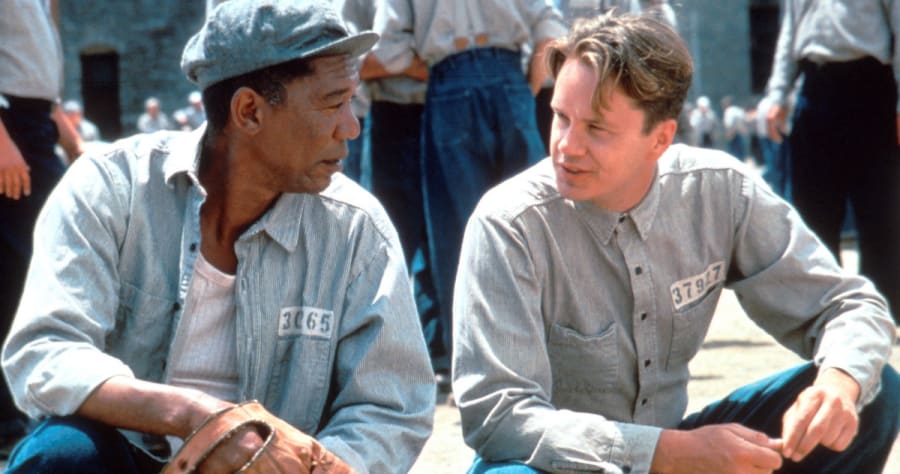 Thanks for reading! What are your thoughts on prison films? Comment down below!

Some of your honorable mentions (Papillon, The Great Illusion) would have made my top 10, but they are all great movies.

Happy to see Down by Law on there. Also seared into my memory from that era is Kiss of the Spiderwoman.

I’m a sucker for Jarmusch; his films have the strangest characters. And, yeah, if this list were longer, I would’ve stuck Spiderwoman in there.

I’ve been racking my brains to think of another film from the same time that is one of the most affecting prison films I’ve ever seen. It’s an Australian film called Ghosts of the Civil Dead and brutally shows the perpetual cycle of violence in incarceration. I’m not sure if I could watch it again but there are some scenes burned in my brain.

I only read this article to make sure escape from alcatraz was on it, haha

Had to squeeze Eastwood in somewhere!

Good choices but how about The Hill (1965)? Sean Connery between Bonds.

Birdman was close! Definitely one of Lancaster’s finest roles. And I confess that I haven’t seen The Hill, so I’ll have to check it out!