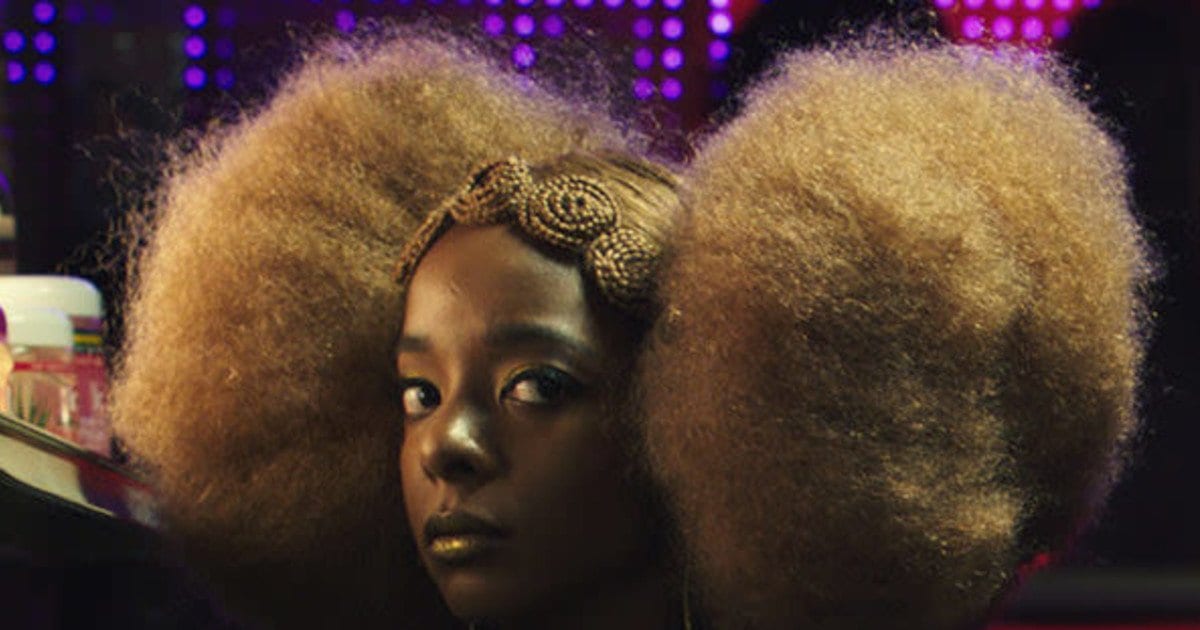 At Williamstown, Massachusetts, this fourth of July, the local independent movie theater, Images Cinema, displayed a collection of short films that premiered at Sundance this year, currently being shown in a number of theaters around the U.S. To my delight, this showing was free, and the shorts compiled did not disappoint.

Here are my thoughts on each of the short films that were shown.

The opening of this set of shorts was bright, lush, and packed a brilliant comedic punch. The tone is light, yet brimming with liveliness. This short follows a young woman (Anna Margaret Hollyman) who gets a babysitting gig — for an old school friend who appears to be living the “perfect” life. It was a delight to watch our protagonist, as she steps into a socially-prized role due to the assumption that the baby is hers: she is instantly accepted in the neighborhood as she is seen with the baby, wearing her old friend’s trendy athleisure clothes, and giving the appearance of a sprightly young mother in an upscale community.

It is fascinating to witness her slip further and further into the role, complete with added embellishments, as she enjoys the perks of her newly elevated social status. Yet, the curtain falls in a bout of excruciating secondhand embarrassment to the viewer, which makes for some fantastic comedy. 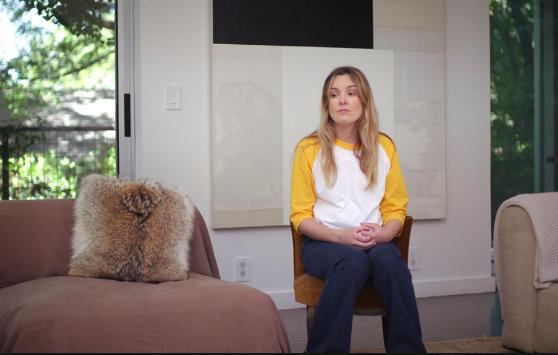 This is an “op-doc” directed by a New York Times journalist (Kamau Bilal). He covers the return of his “baby brother”, at age 23, to their parents’ house after he moves back in. The focal point is the face of the younger brother, dwelling on his emotions, reactions and reflections. He is stumbling through adulthood while trying to hold on to the highs of his childhood, performing daring stunts like jumping from the roof and driving fast recklessly, while also suffering from the consequences of his rash actions. It is a clash of youth versus growing up, with a touching ending of a tender moment.

This is the first foreign-language film of the crop (Swedish), and it is a musical of epicly unnerving proportions. It features various animated animals in different sets of emotional crises. From the fish in a hotel of loneliness, to the monkeys suffering from soul crushing boredom at their telemarketing jobs, all the characters were singing catchy tunes — with raw lyrics. The most jarring (and relatable!) part for me was certainly the beginning, with the fish in the hotel specially made for the lonely. Their songs of self-inflicted isolation spoke to me. However, the trippiest part was the end — an allusion to an apocalyptic fate of being positive, as it would lift the burden of a doleful existence from the characters’ shoulders.

This short is utterly delightful, and I can see why it earned a grand prize at Sundance! It cleverly uses horror movie effects to roll out bold social commentary on gentrification and cultural appropriation. Set in Brooklyn, this film takes you on a ride from a black hair supply shop, to a black hair salon, both under attack by white girls eerily obsessed with consuming black culture — particularly in the form of black hairstyles. The entire short film seemed like an inside joke for only black people, with brilliant references. On the acting side, the main white girl was played by Madeline Weinstein, who I recognized from her parts in two films I had recently watched: Beach Rats and Alex Strangelove. She has left an indelible impression on me in all three parts — she’s certainly an indie actress to watch. 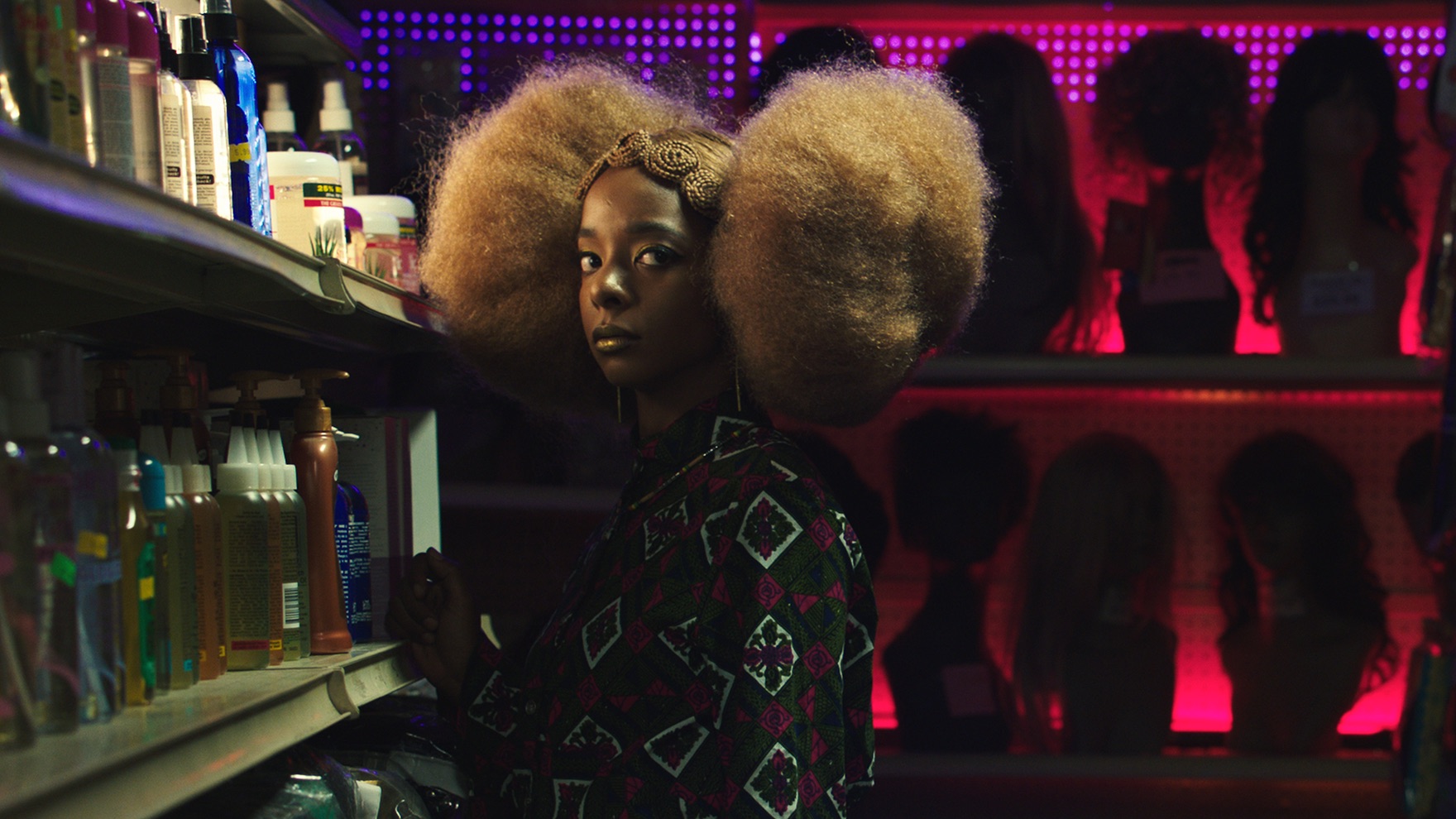 This one was short, even for a short film. It utilizes unique animation design to tell the true story of the director’s birthmark, which he had gotten from his dad — it was on both their rears. The character representing the director is desperately trying to scrape off his father’s birthmark, to break the curse. It is loopy, but entertaining enough if that’s your style.

This short crushed me. It deserved its accolades at Sundance ten-fold for the emotional punch it wrought on my soul. This short, in French with English subtitles, follows two young boys (Félix Grenier and Alexandre Perreault) as they play around an abandoned lot, unsupervised, with youthful abandon. Their play, at first, was innocent and heartwarming, as they sought to one-up each other in daring exploits with childlike glee. However, their actions quickly devolved from precious to precarious, as they engaged in more and more dangerous feats. An ominous feeling wound up inside of me, as I could sense something terrible about to happen the boys. What happened was much worse than I could even have imagined, and the sense of loss that it wedged in my heart was almost unbearable. I have to give props to everyone involved, from the director to the precocious young actors, for moving me immeasurably.

The last one of this crop of shorts takes place in Spain, and follows a day in the life of a weary grandmother. She barely has any time for herself, and has a grueling job at a factory under a tyrannical boss. On top of that, she has to take care of an ungrateful husband. The bright side of her day, however, is when she makes it in time to join her daughter in watching her granddaughter play basketball. She also has a present for her granddaughter, as it is the little one’s birthday. For a moment, she looks genuinely happy, until her face slips back into one of dour exhaustion. That final image will linger with me in all its depressing glory.

Overall, the entire selection of shorts was dynamic, but my favorite of them all would have to be Fauve. The descent of its premise of youthful carefreeness into a nightmare was riveting, albeit heartbreaking.

Thanks for reading! What are your thoughts on the Sundance Short Film Tour? Comment down below!